Sure, that big Endgame film is right around the corner, but have you seen SHAZAM yet?

This superhero film from Warner Bros. isn’t like the rest of them. There’s a joy, lightness, and fun to this film, while still holding high stakes and action.

The movie is about foster kid Billy Batson who is fourteen years old and searching for where he belongs. His heart is good, but it’s tested as he’s given powers by a wizard. He says the word—SHAZAM—and becomes a “twenty-something, maybe even thirty” good-looking guy with bulging muscles and superpowers that rival Superman’s.

Zachary Levi plays the older Billy, and does so with charm, charisma, and fun energy. Jack Dylan Grazer is his best friend, and his character brings infectious enthusiasm that rubs off on you. You can’t help but feel all the good feels with this movie. There are a few fun surprises that I won’t give away.

I will say, however, that there’s a small element of darkness. The villain, played by the talented Mark Strong, definitely has some daddy/self-esteem issues, and it’s his dealing with those issues that threaten the very thing that Billy comes to care for the most—his new family.

If you have a young child, be on guard that it might be a little scary for them. It depends on what each kid can handle, of course, but SHAZAM fighting off seven deadly sins that are in the form of demon-looking gargoyles may be a little much for a five year old.

Regardless, if you’re looking for a joyous experience at the movies, go see SHAZAM. It’s packed full of fun, and it gave my family and me plenty of laughs, as well as pulled at our heartstrings. (My sister may have cried a few times…)

And, I bought a SHAZAM FunkoPop…because he’s cute and glows in the dark. 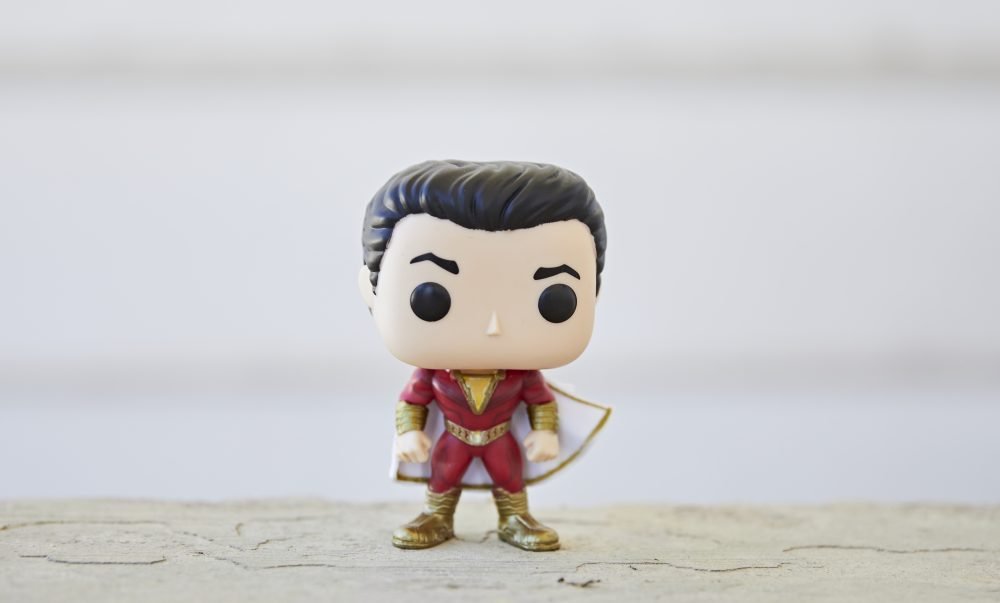 Disclosure – Photos courtesy of Warner Brothers and Annie Ray Photography. The opinions are from the contributor of Life, Books & Loves. I was not compensated for this post.