Life, Books, & Loves Presents: ULTIMATE COURAGE by Piper J. Drake!
A military father left to raise a daughter with his K9 is starting over, but so was she..

Hot military heroes, the women who love them, and the devoted dogs that always have their backs. ULTIMATE COURAGE is the second book in a high adrenaline contemporary suspense series from Piper J. Drake published by Forever Romance. Fans of D.D. Ayres K-9 Rescue series and Cindy Gerard’s One Eyed Jacks, will love this action packed romantic suspense series. 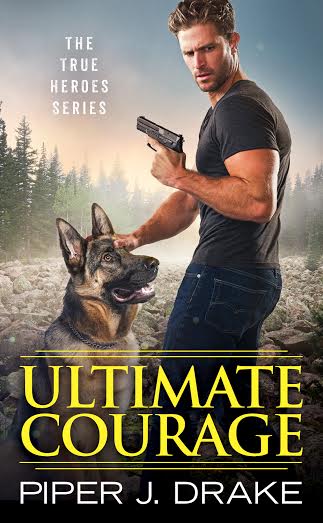 LOVE IS AN ACT OF BRAVERY

Retired Navy SEAL Alex Rojas is putting his life back together, one piece at a time. Being a single dad to his young daughter and working at Hope’s Crossing Kennels to help rehab a former guard dog, he struggles every day to control his PTSD. But when Elisa Hall shows up, on the run and way too cautious, she unleashes his every protective instinct.

Elisa’s past never stays in her rearview mirror for long, and she refuses to put anyone else in danger. But with Alex guarding her so fiercely yet looking at her so tenderly, she’s never felt safer . . . or more terrified that the secrets she keeps could put countless people in grave peril. The only way for both to fully escape their demons will take the ultimate act of courage: letting go and learning to trust each other.

Also in this series: 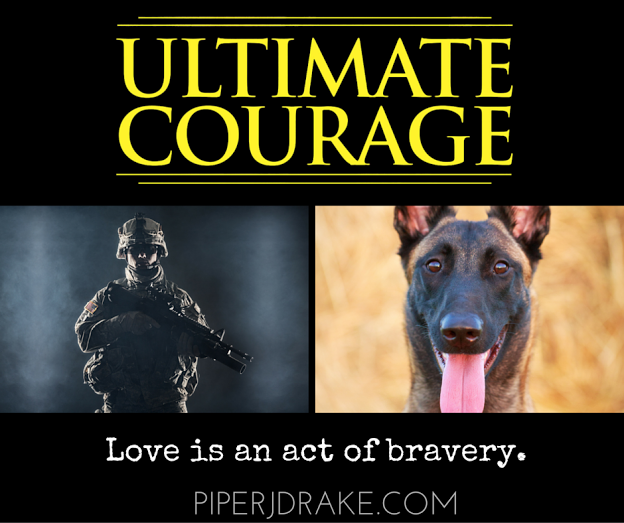 EXCERPT:
Alex’s hand came up slowly to cradle the side of her face, encouraging her to tilt her head, and she did. He deepened the kiss then, his tongue running across her lips and coaxing them to open for him. She opened with a sigh, and his tongue swept into her mouth, gently tasting. She kissed him back in return, leaning into him until she had one hand braced against his hard chest.

A needy moan escaped her, and he responded in kind. When he lifted his mouth from hers, she almost tipped into him, her knees not holding her upright anymore and her head spinning. Wow.

She took not one, but several long breaths to clear her head, looking down at a black and tan face staring up at her with soulful, dark eyes. Souze wasn’t shy about watching, apparently.

The thought brought her the rest of the way to her senses, because weird. Yeah. Weird.

She took a step back, and Alex let her. He’d done that since the beginning. Letting her go if she wanted. So why was it so hard to leave now even if she kept saying she should?

“Thank you,” she told him, not looking up into his eyes.

“But?” Alex’s voice came cool, deep, and so sexy it just wasn’t fair.

“But I should go. Especially because this is obviously not a professional thing now.”

“No. But none of your previous employers particularly cared if you left, did they?” He sounded reasonable. “Did they bother to try to check on you?”

“Not that I know of.” She said it slowly. She’d had her phone with her, and she’d been checking her e-mail. Both big mistakes, she knew now. But she’d been paid under the table and they didn’t really have a way to contact her after she disappeared.

“I think that’s a little odd.” Rojas lifted his hand, giving her plenty of time to avoid him, and brushed her hair back from her face. “Maybe this time, it wouldn’t hurt to have someone care about whether you disappear.” 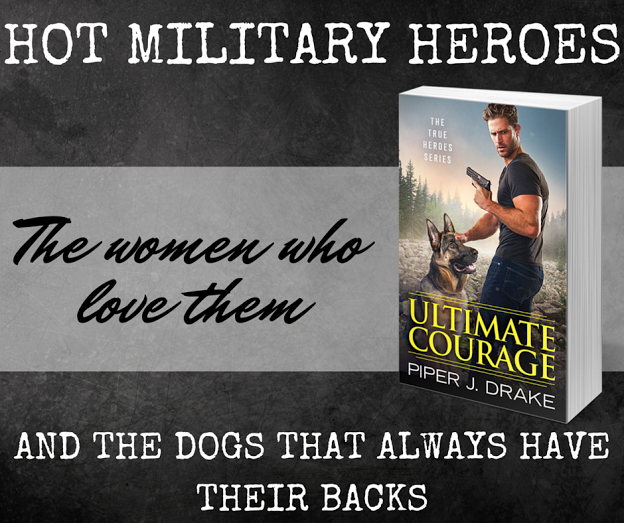 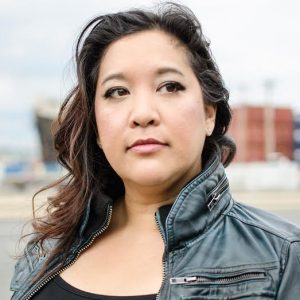 Piper J. Drake (or “PJ”) began her writing career as “PJ Schnyder” writing sci-fi & paranormal romance and steampunk. She has recently received the FF&P PRISM award for her work as well as the NJRW Golden Leaf award and Parsec award.
Now, PJ is exploring the complexity of romantic suspense, incorporating her interests in mixed martial arts and the military into her writing.
Connect with Piper at: 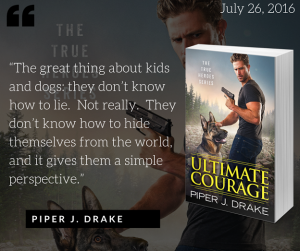 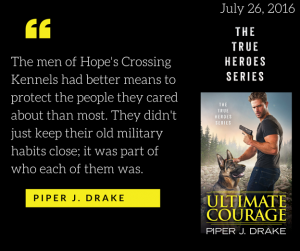 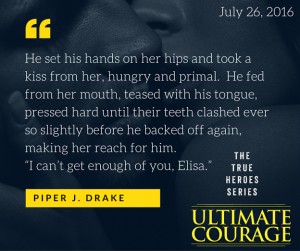 Disclosure: This information was provided by Barclay Publicity and Piper J. Drake. This is NOT a compensated post.