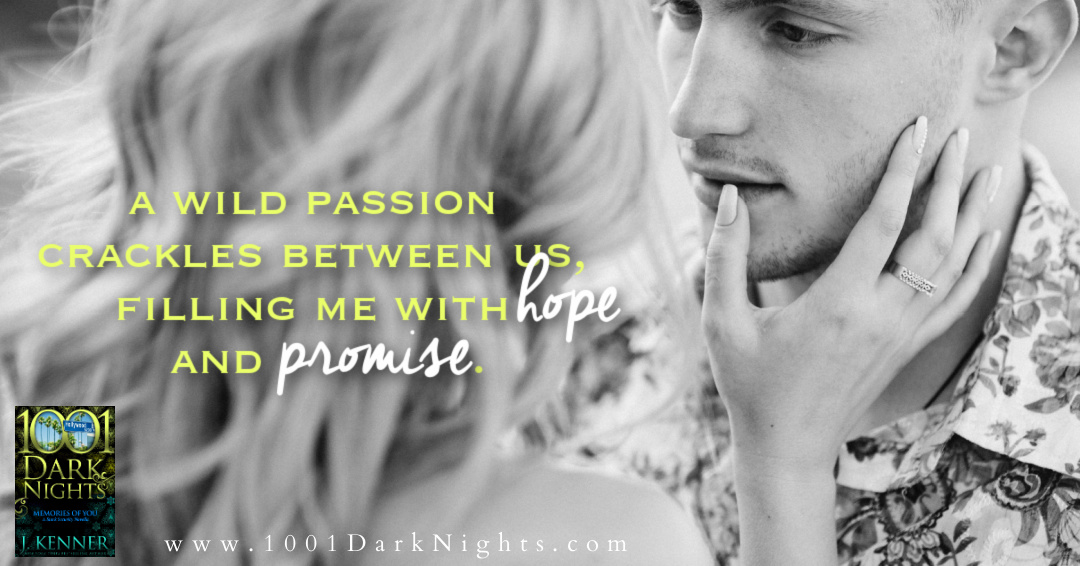 They were best friends in childhood—now, he craves so much more.

We have a fabulous excerpt from Memories of You, a Stark Security, 1001 Dark Nights Novella by J. Kenner! Check out the excerpt below… 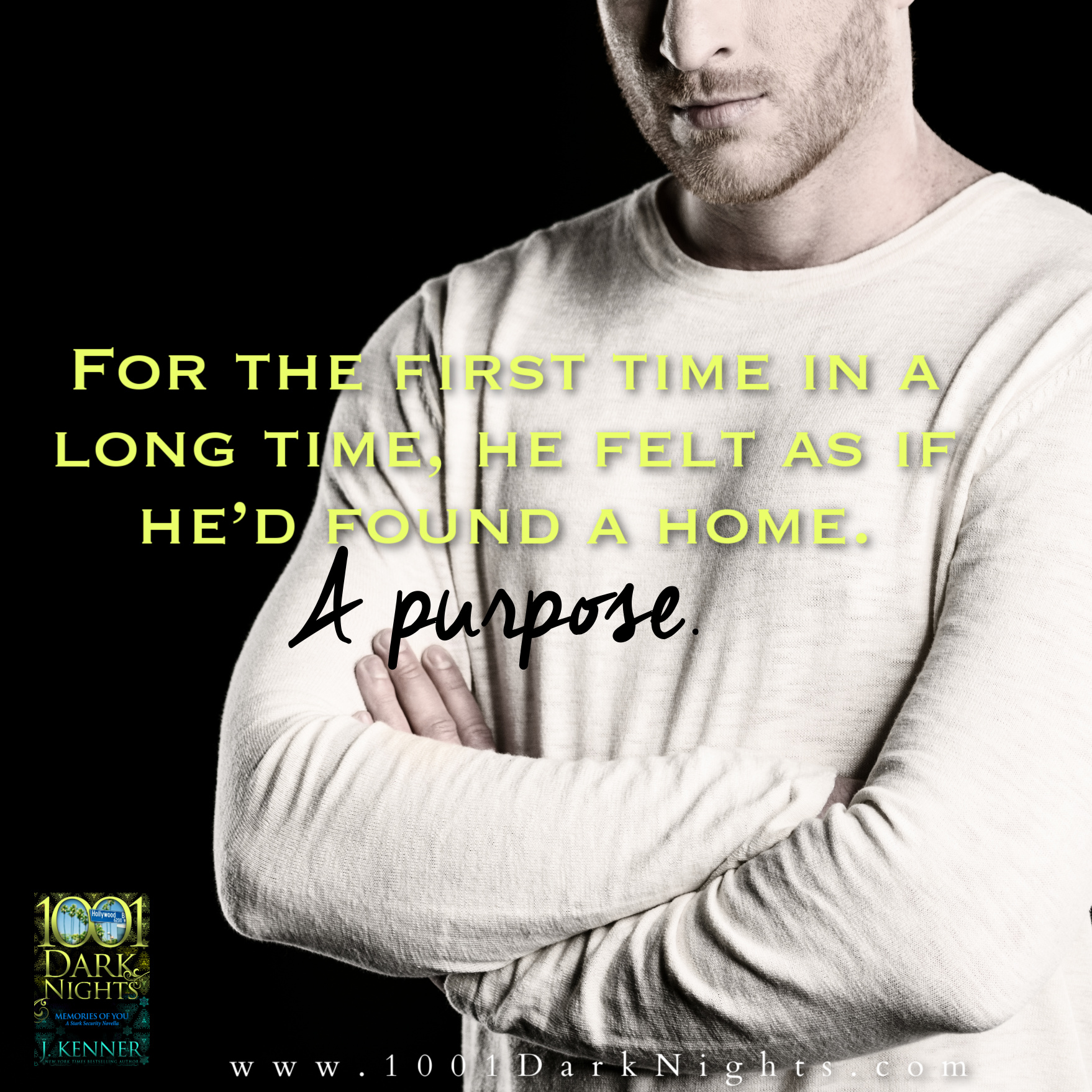 Renly raced to the scene behind Nikki and Damien, the rumble and roar of his 2019 Ducati Panigale surrounding him. The sound was loud, almost numbing, but it damn sure wasn’t enough to erase the worry that was crawling through him like a parasite.

What the hell had happened to Abby?

He wished he’d asked for the address. Damien Stark knew how to handle that Bugatti, and he was definitely pushing the speed limit, but Renly would have left him in the dust by now if he only knew where they were going.

One turn, then another, and too many damn stoplights, and all the while his mind was spinning with fear.

In the end, the ride took less than ten minutes, but it felt like an eternity. Then, when he saw her standing there by a little blue Fiat that was so very Abby, he actually had to take a moment to breathe, shocked by not only the intensity of his relief, but also by the flood of joy that burst through him simply from seeing her again. 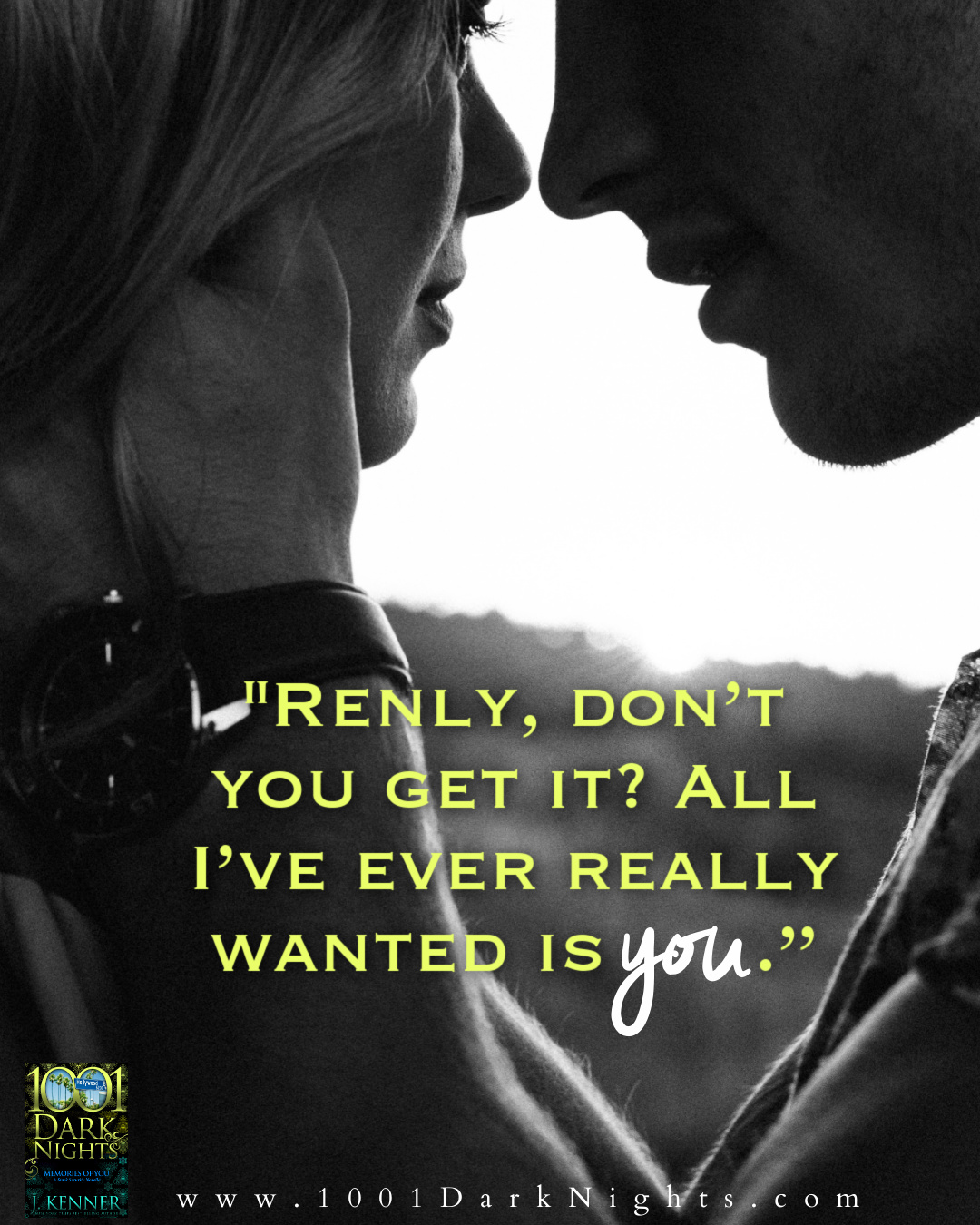 Nikki was already at her side, having tumbled out of the Bugatti the moment it stopped, and Damien was just a few steps away.

He let the words roll over him, shocked by his intense visceral reaction, though he knew he shouldn’t be. Abby had been his rock when his mother had lost her hearing, and then again when his father had packed up and moved out, hauling his ass to New York.

So yeah. Abby was important to him. Of course he was relieved.

He was also stalling, he realized, though he wasn’t sure why.

Except, of course, that was a lie. It had been over a decade since they’d seen each other, and yet he would have recognized her anywhere. Her wide eyes and blond curls. That sweet mouth that he remembered in a smile but was now curved into a frown as her teeth worried her lower lip.

Over the years he’d gone so far as to pick up the phone to call her, only to put it down again when he realized that he was calling because there was shit in his life he wanted to talk through—and why the hell would he think she’d appreciate him dumping that in her lap without even a Christmas card during the passing years? 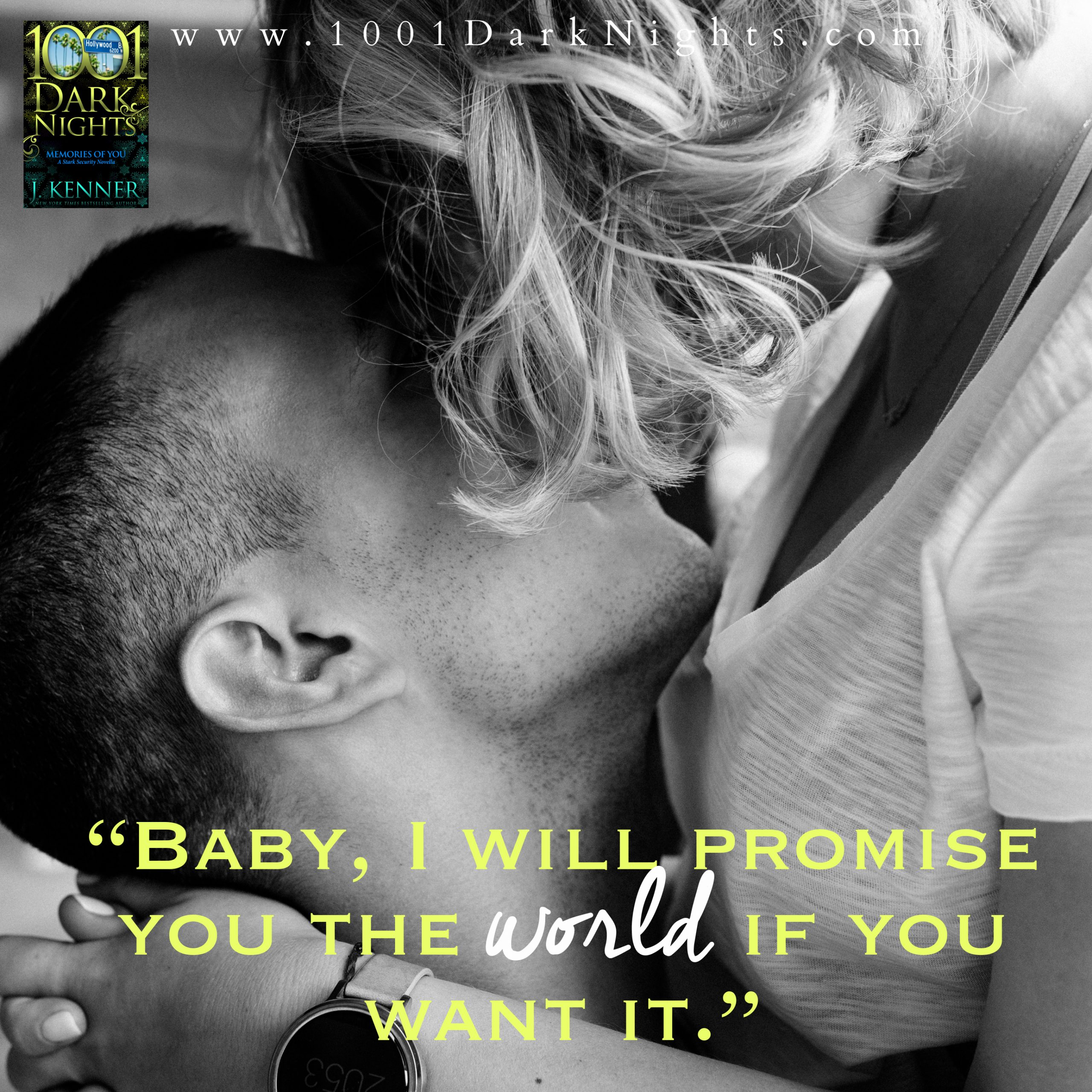 She’d remained in his mind and his heart, the only close female friend he’d ever had in his life. Even Tascha, who’d gone side by side with him into combat and for whom he’d put his life on the line, had never gotten close enough to see the childhood demons that had formed the man. And that still tormented him.

Abby had, and maybe it made him a damn pussy, but if she didn’t recognize him, it was going to be like a goddamn knife to the heart.

He got off the bike and hurried toward them, pulling off his helmet as he went. Abby was shaking her head, hovering near the driver’s door as Nikki said something soothing.

Then she stopped, her head turning as her eyes went wide. Then she squealed and sprinted toward him, her arms wide as she threw herself at him, crying out, “Renly!”

He caught her and spun her around, all the time feeling like a damn idiot. This was Abby, after all.

So what the hell had he been worried about? 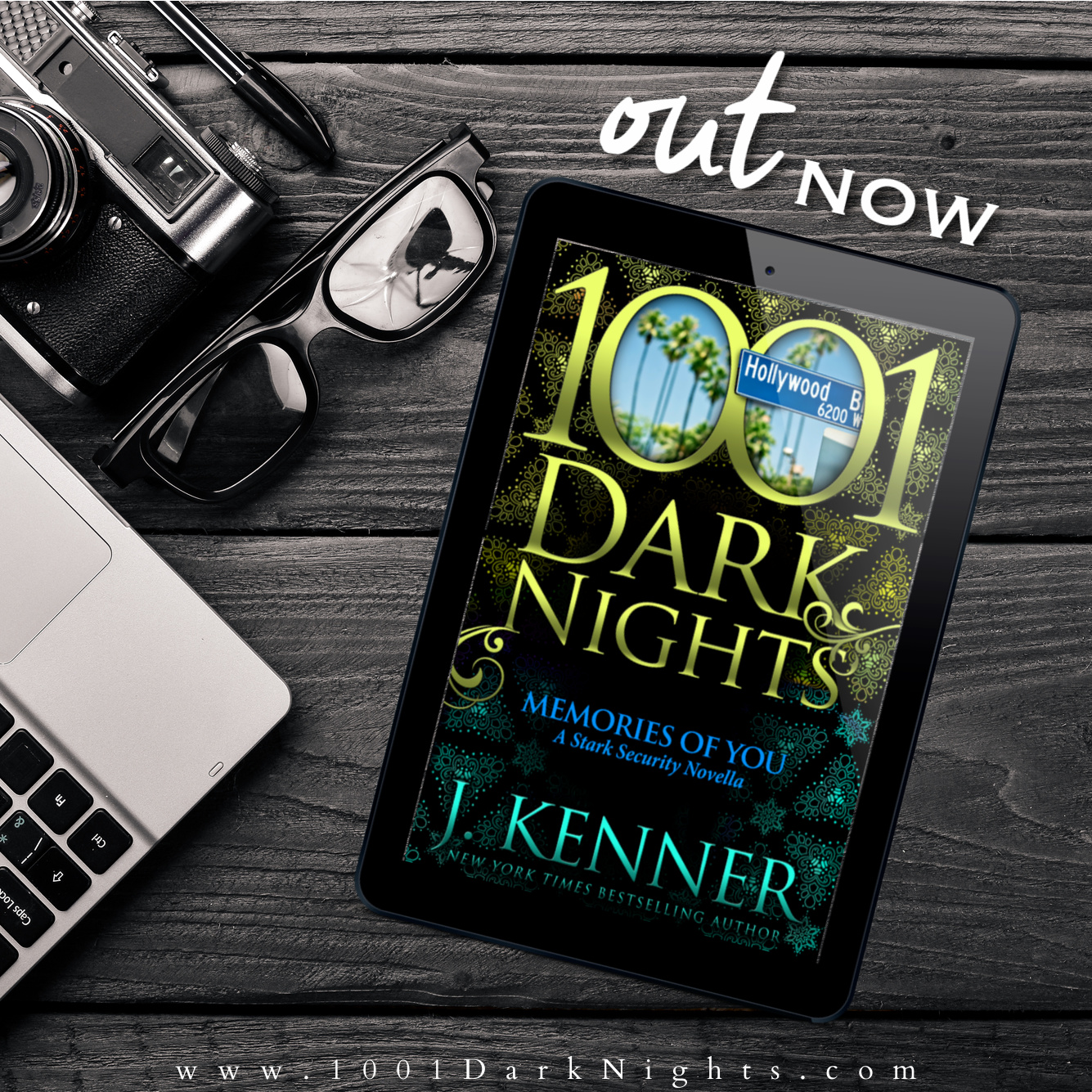 **Every 1001 Dark Nights novella is a standalone story. For new readers, it’s an introduction to an author’s world. And for fans, it’s a bonus book in the author’s series. We hope you’ll enjoy each one as much as we do.** 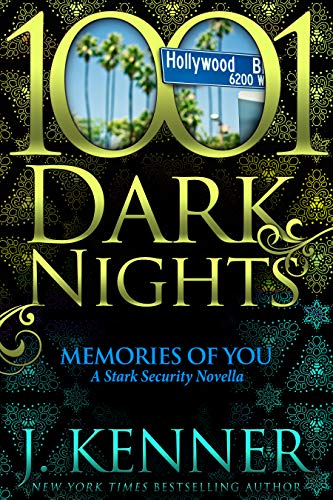 Hollywood consultant Renly Cooper is fed up with relationships. His recent breakup with a leading lady played out across the tabloids, and the former Navy Seal is more than ready to focus on his new position as an agent at the elite Stark Security agency. He’s expecting international stakes. Instead, his first assignment is to protect one of Damien Stark’s friends from a stalker. A woman who, to his delight, turns out to be one of his closest childhood friends.

After a foray into online dating puts tech genius Abby Jones in danger, she needs a bodyguard, and her business partner, Nikki Fairchild Stark, enlists help from Stark Security. When the assigned agent turns out to be her best friend from junior high—and her first crush—she’s thrilled to discover he’s even more delicious now. She hopes one sexy night can turn into more, but Renly is firmly in the friends-with-benefits camp.

As the threat to Abby increases, she tries to keep her growing feelings for Renly at bay. But as the sparks between them burn even hotter, can they go from friends to lovers when the first order of business is simply to keep Abby alive? 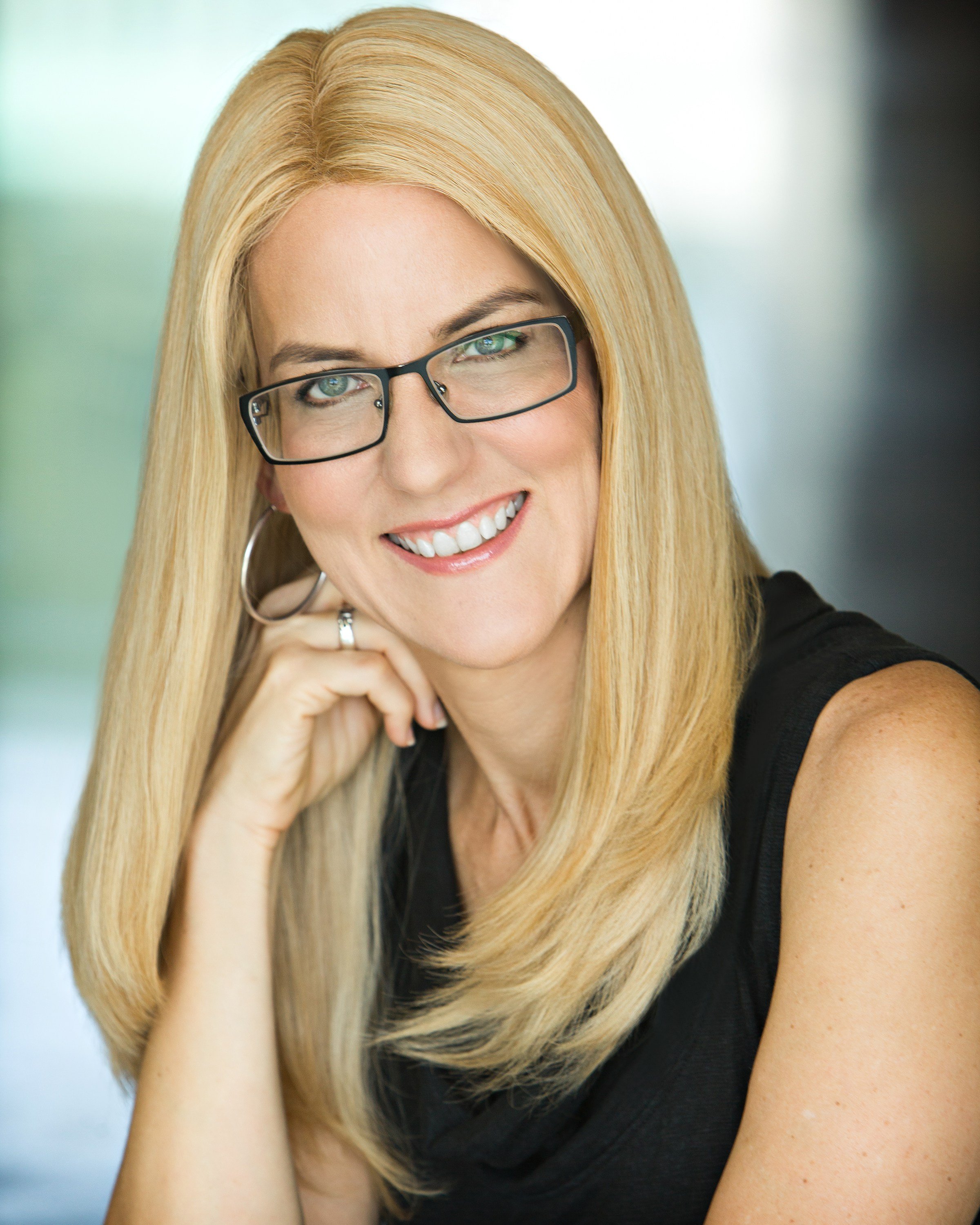 Though known primarily for her award-winning and internationally bestselling romances (including the Stark and Most Wanted series) that have reached as high as #2 on the New York Times bestseller list and #1 internationally, JK has been writing full time for over a decade in a variety of genres including paranormal and contemporary romance, “chicklit” suspense, urban fantasy, and paranormal mommy lit.

JK has been praised by Publishers Weekly as an author with a “flair for dialogue and eccentric characterizations” and by RT Bookclub for having “cornered the market on sinfully attractive, dominant antiheroes and the women who swoon for them.” A four time finalist for Romance Writers of America’s prestigious RITA award, JK took home the first RITA trophy in 2014 for her novel, Claim Me (book 2 of her Stark Trilogy).

In her previous career as an attorney, JK worked as a clerk on the Fifth Circuit Court of Appeals, and practiced primarily civil, entertainment and First Amendment litigation in Los Angeles and Irvine, California, as well as in Austin, Texas. She currently lives in Central Texas, with her husband, two daughters, and two rather spastic cats.

Have you read a J. Kenner book? Which one is your favorite?