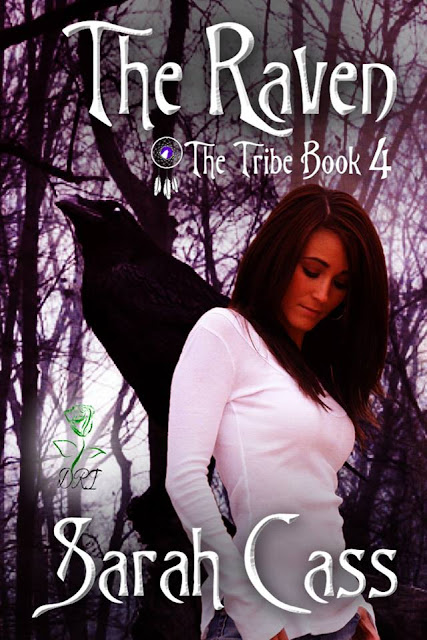 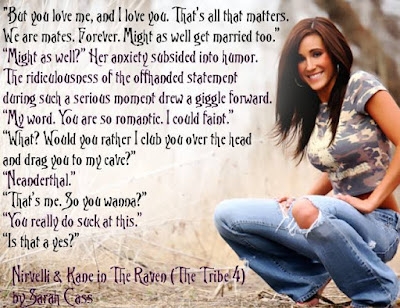 Time is running out for Velli’s former mentor, Dr. John Adams. Life caught in the middle of two Spirits is slowly driving both the man and the Lion crazy. Velli is determined to help him out of his bind.

Her plans to take care of the issue and return home quickly are ruined in short order. There’s a war brewing between the Lion and her old friend Derek over the love of Kai. One that has to be resolved just as fast as John needs saved.

Worse, the Raven has his sights set on Velli in hopes of her assistance. She doesn’t know what an ancient Spirit wants from her, but her mistrust of the bird means she wants to avoid him. Circumstance throws her right in his path, and she is intrigued by the mystery she finds.

Velli has to face too many battles that aren’t hers—until an attack on her children. As her world crumbles around her, she and Kane fight to save all the lives hanging in the balance.

On the opposite end of the long hall he emerged into sat the glass doors of the lab. Behind them he could see Kai perched on a stool, her back straight as she tapped on a keyboard. Nearby the large beast of a man that was both Dr. John Adams and the Lion he’d merged with stood at his own computer.

Something the large man said sent Kai laughing so hard, her concentration broke. A flare of jealousy reared its ugly head with a twist in Derek’s gut. Since the Lion had come along things had changed with him and Kai. Her worry for the man and hurting the feelings of either Spirit that was a part of him kept her close to the creature.

Derek kept trying to remind himself that she went home with him, and slept with him. Somehow when those two got together though, he suddenly felt as though he were the odd man out and maybe Kai hadn’t given him everything.

Then he’d remember that he hadn’t given her everything either, and she probably knew it.

He shook off the contemplation. None of that mattered. Today was their anniversary and it would be about them. Without further time to encourage any doubt he pushed open the doors to the lab. “Hey babe.”

She smiled as he crossed the room and tilted her cheek for a kiss. “You’re early.”

“I couldn’t wait any longer. Are you ready to go?” Derek ignored the rumbling growl from the man a few feet away. He slipped his arm around her waist. “I have many promises to keep for our anniversary. I’d like to get started as soon as possible.”

“She is working on something,” John all but snarled.

“She’s always working on something.” Derek couldn’t help but snap back, even as Kai set her hand on his. “Tonight is our anniversary and it’s going to be about us. Lion or no, you possessive beast.”

“Derek.” Kai’s admonishment came with a firm shake of her head. The frown she bore didn’t help his mood one bit. “Just relax. I’m almost done with this.”

John, or rather his Lion, rumbled something under his breath. The man stood staring at his own computer, but Derek knew without checking to see what it was up to that he wasn’t doing anything but stewing in his own juices.

Derek smirked and lifted his head. Sure it was dangerous, and most likely stupid, but he couldn’t help himself but to poke the fire. “Five years. Just imagine, two more years together will be a magical number, won’t it?”

The man’s head shook sharp and fierce, the mane seemed to blossom in the action. Like static electricity had taken hold it rose and grew fuller. Still, he didn’t speak. Yet a dangerous note added to the low rumble.

“Don’t be nasty.” Kai rose to face him. Her hands settled on his shoulders. “You’re only making it harder for him.”

“Why do you care? You’re with me.” Derek narrowed his eyes when she glanced toward John at his statement. “Five years. That’s what we’re celebrating, remember?”

“Of course. He’s my friend, though.” Kai brushed her lips across his. A brutal snarl erupted nearby and she spoke low. “Maybe you should wait outside. I’ll be right there.”

Derek’s rising tension snapped. He was supposed to be her boyfriend, he was sick of playing second fiddle every time the Lion needed placating. “No. I’m sick of waiting while you appease him, Kai.”

The snarl of the Lion erupted into a roar. Before Derek could make sense of what was happening the whole world jarred, the wind knocked out of him hard as he hit the wall of the lab. Several beakers and other minutiae of their work crashed to the floor. “She said to wait outside, you puny little man.”

Derek came to his senses quick enough. He grabbed the man’s wrist with his left hand, and with an ease that seemed to take the Lion off-guard, pried the paw-like hand from his own throat. He used the surprise to his advantage and lashed out with his right foot to kick the man hard enough to knock him into the table into the middle of the room.

Few knew of his secret layer of strength, clearly not even Kai as she shrieked in surprise. “Derek!”

“Me?” Derek glared at her. “What about him? It’s okay for him to shove me into a wall and choke me?”

“You know I don’t…Derek. He can’t control it.” She moved to John’s side. The man was in stunned heap on the floor. From the look of it, both Spirits were in shock and fighting for dominance. Kai touched the mane and the large man jolted in surprise.

Derek let out a bitter laugh. “You know what? Forget it. Happy anniversary, or whatever.”

He tossed the present in their direction. As it slid across the floor and bumped into her leg, he shook his head.

Though she called his name, he ignored her to storm from the lab. Before she could reach him, he’d closed his door. With one swipe of his hand across the keypad he disabled her code so she couldn’t enter.

So much for the idea he could tell her everything. 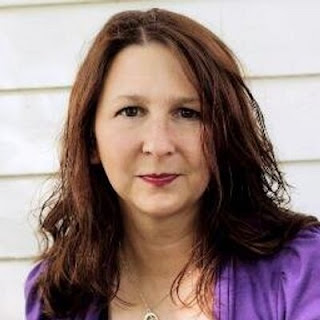 Sarah Cass’ world is regularly turned
upside down by her three special needs kids and loving mate, so she breaks
genre barriers; dabbling in horror, straight fiction and urban fantasy.
She loves historicals and romance, and characters who are real and
flawed, so she writes to understand what makes her fictional people tick.
And she lives for a happy ending – eventually. And enough twists to make
it look like she enjoys her title of Queen of Trauma Drama a little too much.
An ADD tendency leaves her with a variety of interests that include singing,
dancing, crafting, cooking, and being a photographer. She fights through the
struggles of the day, knowing the battles are her crucible; she may emerge
scarred, but always stronger.  The rhythms to her activities drive her
words forward, pushing her through the labyrinths of the heart and the
nightmares of the mind, driving her to find resolutions to her characters’
problems.
While busy creating worlds and characters as real to her as her own family, she
leads an active online life with her blog, Redefining Perfect, which gives a
real and sometimes raw glimpse into her life and art.  You can most often
find her popping out her 140 characters in Twitter speak, and on Facebook.
Author Links
Facebook | Twitter | Goodreads | Website