Keep winter’s cold chill at bay with some thrilling good reads from Veronica Forand, that are sure to get your heart pumping!

SNOWED and UNTRUE COLORS by Veronica Forand are both on sale! SNOWED is a thrilling novella sure to set the pace and is #FREE for a limited time. Once you’re done with Snowed, delve into Veronica’s True Lies series starting with Untrue Colors, which is #99cents through the end of February! 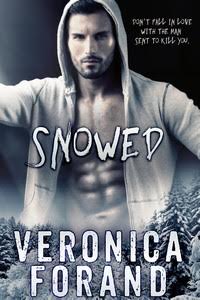 Lorena Rubio lived a safe, simple life until she’s kidnapped by Andres “Con” Conesa, right hand man for the drug lord who murdered her sister. Con must keep her at a cabin in the snowy Sierra Nevada Mountains until his boss can confirm or deny the rumor that she’d provided specifics about his drug cartel to the police. Their attraction ignites in the middle of this winter wonderland, but he’s in deep cover for the FBI and has to remain there, and she refuses to attach herself to someone in the criminal world. When the boss arrives a few days and wants Lorena put on ice, Con’s willing to blow his cover to save the woman he craves beyond reason, but he may be too late. 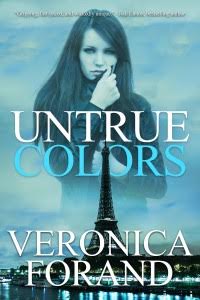 Brilliant art appraiser Alex Northrop’s ex used stolen art to fund his nefarious activities. Now he wants her dead. But it isn’t just herself she’s worried about – if he discovers who she really is, he’ll kill her family.Professor Henry Chilton is shocked to find a beautiful stranger passed out in his bed, and even more so when she reveals a priceless painting is a forgery – the painting he’d planned to use to fund a woman’s shelter. She’s mysterious and frightened, and he is determined to discover why.Alex’s knowledge of art is undeniable—just as Henry’s attraction to her is irresistible. But in order to help him recover the real painting, Alex isn’t just risking exposure…she’s risking her life. 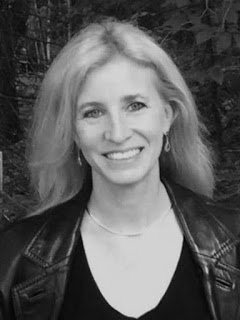 A Bostonian by birth, Veronica Forand regrettably lost her Boston accent while moving from state to state and country to country. Cleveland probably had the most profound effect on her ability to pronounce the “r” in the word “park.”
She does try to return now and then to visit family and eat long neck clams and lobster. Summers on Cape Cod are also high on the priority list.
Her experience in crime involves time as a court appointed attorney. Eventually, she switched fields to where bigger crimes take place, corporate tax. The allure of spending mornings in her pajamas homeschooling her children and writing fascinating fiction caused her to change careers again. Now that the kids are out of the house (in school), she writes romantic thrillers by day and is the perfect wife and mother at night.

Her experience in romance is limited to one man. Luckily, he’s still finding ways to charm her by taking her on vacations to the south of France, Fiji, and the Green Mountains when time is short. Avid travelers, they love to roam with their kids across continents in pursuit of skiing, scuba diving, and the perfect piece of chocolate.
She’s lived in London, Paris, Geneva, Washington D.C., and the accent destroying city of Cleveland. She currently resides near Philadelphia.