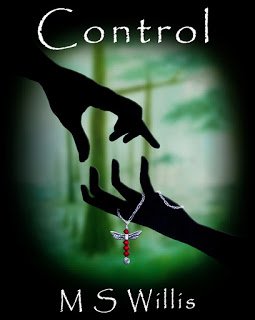 Paige Stone lived anything but a normal childhood. Having been raised around an abused women’s shelter operated by her parents, Paige was a constant witness to the tragedy and heartache suffered by women at the hands of the men they trusted. Out of refusal to ever allow that to happen to her,… Paige built walls around her heart at a young age. Those walls were only fortified when tragedy struck on her sixth birthday and took from her the only friend and love she knew. Now at 22 years old, and working as a private investigator, Paige is driven by a deep need for strength, independence and a stubborn refusal to accept help from another person. Surrounding herself with her three best friends, Paige never assumed that the autonomy she had worked so hard to build could be challenged.

That was, until Paige met Daemon Pierce.

Mysterious, strong-willed, and breathtakingly beautiful, Daemon seemed to instantly know Paige better than she knew herself. Paige is disgusted by Daemon’s reputation as a womanizer, but becomes intrigued when she is unable to discover his background. Paige’s curiosity about Daemon proves to be her downfall as she is swept up in his charming and arrogant pursuit to possess her in every possible way.

For the first time in her life, Paige will struggle for control while Daemon slowly dismantles the walls she has built around herself. Only time will tell who will be victorious in their battle of wills as Daemon teaches Paige the weaknesses within herself that she never knew existed. Paige stays one step ahead in her struggle against Daemon’s controlling ways, but when tragedy strikes her life a second time, she has to choose; will she put her life in danger, or will she finally accept a helping hand?

Review:
WOW!! This story has big hit written all over it. Warning this is a 3 part series and it has a cliffhanger. I LOVED this book. I am in so much turmoil because I NEED ANSWERS. This story is extremely well written. Paige is such a strong take charge and take no crap kind of gal. Her parents ran a shelter for abused women and children and she will never be like that. She had her best friend she loved taken away at a young age and has decided to never give her heart away. Yes she is a little bitter. In walks Daemon who is controlling but is completely drawn to her. I would love to have Daemon’s POV in parts of this story, that may have been the only thing this book lacked, but you get the feeling he has some major secrets. Paige has a close group of friends who have always been there. They all are determined to protect Paige when someone is threating her but then all hell breaks loose and your heart gets ripped out.
Thrilling, suspenseful, sexy, steamy and intriguing is what Control is.
What an awesome debut novel. You would have thought M.S Willis has been doing this her whole entire life and had major best sellers behind her. Trust me you will want to jump on board with this book. The other 2 books will be release a little later this year.
Facebook