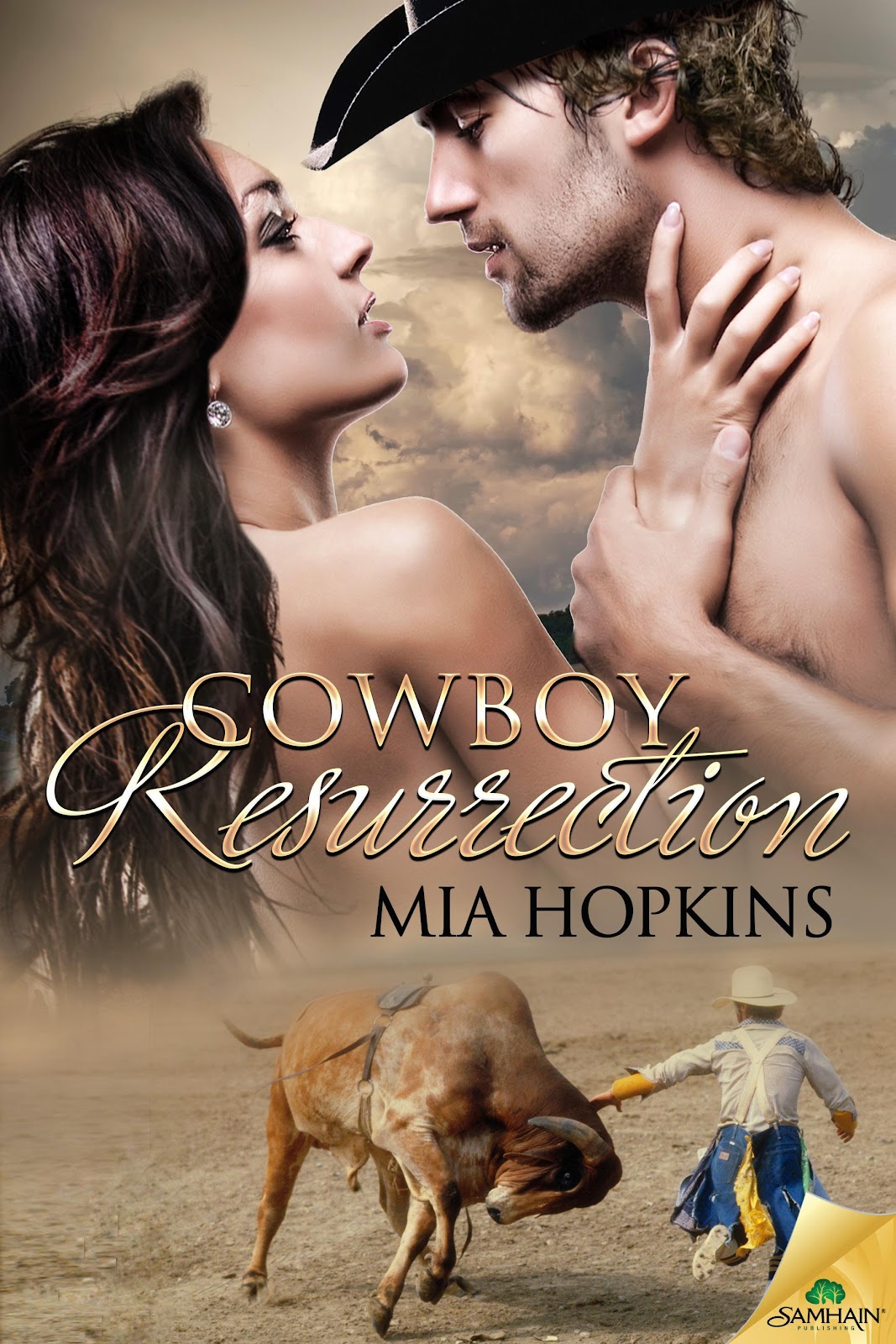 Marketing hotshot Monica Kaur has put her big-city life on hold to help bail out her brother’s failing business. Now she’s got three months to plan and promote a rodeo, the first her tiny hometown has ever seen.

To ensure the rodeo’s success, Monica enlists a local hero, a rancher’s son who’s made a name for himself on the bull-riding circuit. Problem? She can’t stop daydreaming about the cocky bastard—and all the things she longs to do to him out behind the chutes.

Professional bullfighter Dean MacKinnon is home helping his family while his father fights cancer. Haunted by bad memories, jaded by love, Dean finds escape in a no-strings-attached go-round with brainy, sexy Monica, whose close-knit Sikh-American family would sooner run him out of town than see her with a notorious rodeo Romeo.
In private, Monica and Dean play as hard as they work. But as the rodeo draws near, that clean break they promised each other is getting more and more hung up in the rigging.

Warning: Contains rope play, motel nooners, a blue-eyed charmer with a taste for kink, and a brown-eyed princess with a taste for cowboys.
On Sale in Digital: March 15, 2016
Amazon | Kobo| iTunes | B&N | Samhain| All Romance |  Books-A-Million

Add COWBOY RESURRECTION to your TBR pile on Goodreads!
CELEBRATE THE RELEASE WITH A GIVEAWAY!
Grand Prize: $30 Gift Card to Amazon

5 Runner-Ups: A digital copy of COWBOY VALENTINE by Mia Hopkins

a Rafflecopter giveaway
Excerpt:
“Careful,” he said softly. With sure, swift movements, he hooked one arm around her waist and rested his other hand flat against her back, helping her gain her center of balance at once. She wavered a little bit, but his stance was solid, as though his legs were rooted in the earth like trees. Her skirt had ridden up just a little and she was straddling his thigh.
Sudden heat flared up wherever her body was touching his—her chest, her back, her waist, her hands. A powerful, greedy ache grabbed hold of her between her legs. She didn’t move.
Neither did he.
“Miss Kaur,” he whispered. “Are you all right?”
They were standing so close together that Monica could see the faint brown freckles on his cheeks, the crinkles that formed at the corners of his blue eyes when he smiled.
“Call me Monica,” she said.
“Monica,” he murmured, “are you all right?” His mouth, framed by that short, dark beard, was wide and luscious, as tempting to her as an oasis in the heat.
Monica wasn’t a fool. She’d watched videos of him in the ring. Dressed in his gear and cowboy hat, Dean was fast as a cat and completely fearless, putting himself between angry bulls and fallen riders again and again and again. In the most famous incident, a rider had gotten hung up in his rope and Dean had taken a hoof to the femur while cutting the man free. Dean was fearless.
His local legend went back much further. Back in high school, he’d been Oleander’s very own cowboy Casanova, a football player and weekend bullfighter more handsome than a movie star. Some of the women who’d known him in school had told her stories about him that had left her blushing. When he’d gotten married, they’d cried enough tears to fill the aqueduct. Mystery shrouded his eventual divorce. Monica couldn’t dig up the dirt even though she tried.
And there were dozens of fan sites dedicated to the hotness of Dean MacKinnon. From Dean’s Queens, a group of gay cowboys in San Francisco, to Jailbait No More, a small army of young women who showed up at his events wearing T-shirts that said Hey, Dean, I’m Finally 18. Dean MacKinnon lived in an all-you-can-eat buffet of willing sexual partners.
Up close, Monica saw the truth. Those fans weren’t wrong. The man was a bona-fide sex god.
He grinned as though he could read her mind. “Are you all right, princess?”
Temporary insanity was her only excuse. Months without sex, and her body was like a bull bucking in its chute. No brain. No logic. No words. All go.
“Don’t…call me that,” she whispered, staring at his mouth.
She leaned forward, tipped her head and, eyes open, pressed her lips against his.
See what people are saying about COWBOY RESURRECTION:
“Wow, wow, and wow…The love that blossoms between [the hero and heroine] is unrushed, genuine, true. *sigh* I loved this book from start to finish and highly recommend it, and not just for fans of western romance.”
—Goodreads review, 5/5 stars
“The writing is excellent, the emotions leap off the page, and the sex is downright earthy…This is a feel-good romance with a strong, career-minded heroine, a swoon-worthy working class hero, a great setting and lots of lovingly detailed sex.”
—Jill Sorenson, RITA-nominated author of romantic suspense
Check out the first book in The Cowboy Cocktail series, COWBOY VALENTINE! 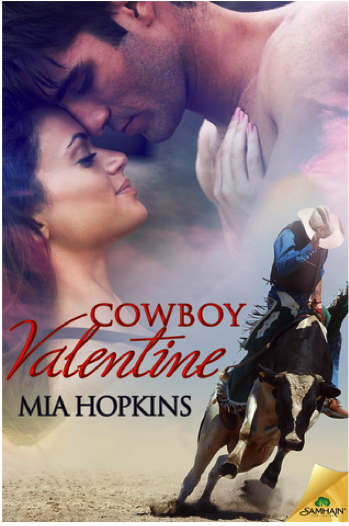 Forget chocolate and flowers. This homegrown honey is all the sweetness he craves.
Small-town life is nothing but a waiting room for eighteen-year-old honor student Corazón Gomez. Work and school leave little time for love, but with a full-ride Ivy League scholarship and a one-way ticket out of the boondocks, who needs it?
The answer appears on Valentine’s Day when her old cowboy crush ambles into the ice cream parlor where she works, inviting her to go on a late-night ride in his truck. For the first time she wavers between staying on the straight and narrow, and going off-road with the handsome heartbreaker.
After four years working on ranches all over the country, Caleb MacKinnon is back on the family farm helping out his mom and brothers while his father fights cancer. The one bright spot: smart, funny, and wickedly sexy Cora.
From the start, they both know this blazing-hot love affair can’t last. But when autumn comes and Cora has to leave for the East Coast, Caleb must find a solution to keep himself—and his heart—from falling apart.
Warning: Contains hard, cherry-poppin’ sex in a pickup truck and a cowboy charmer who talks dirty in two languages.
Book 1 Available at: Amazon | Barnes & Noble | iBooks | Google Books | Kobo | BAM
Author Bio: 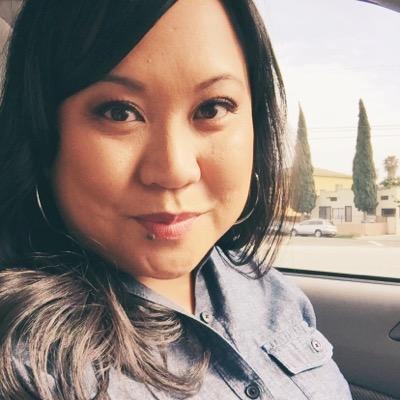 Mia Hopkins writes lush romances starring fun, sexy characters who love to get down and dirty. She’s a sucker for working class heroes, brainy heroines and wisecracking best friends.
When she’s not lost in a story, Mia spends her time cooking, gardening, traveling, volunteering and looking for her keys. In a past life, she was a classroom teacher and still has a pretty good “teacher voice” and “teacher stare.”
She lives in the heart of Los Angeles with her roguish husband and two waggish dogs.
You can also visit her online at the following places:
Website | Facebook | Twitter | Amazon | Goodreads | Pintrest | Instagram