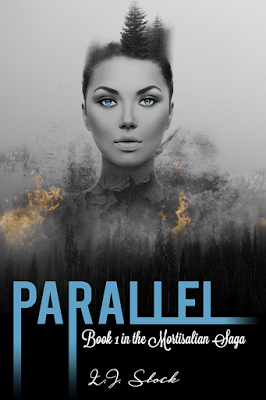 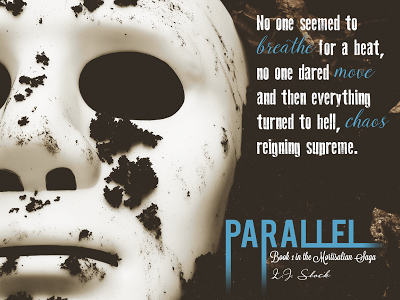 
Cassandra Collier was only seventeen when her parents dumped her in a psychiatric ward. Seven years later, she still has no hope of leaving. Nothing’s changed. She still hears sounds that can’t possibly be real – sounds of war and brutal deaths that she can’t turn off. At least, not since his voice was silenced in her mind.
After a threat to her life becomes very real, Cassandra is torn from the only world she’s ever known and thrust into the very reality and truth that have been hidden from her since she was born, including the prophecy that is her birthright.
Unsure whether she has the strength to be the woman she needs to be, and more than aware that her decision controls the fate of a world that doesn’t know she exists, Cassandra has to choose between the love of a man who barely registers her existence and loyalty to a father she barely knows.
Trailer

From a young age L.J. Stock was led by her imagination. From the moment she could read she fell into worlds where trees could talk and little girls could move things with their minds.
In no hurry to grow up, she found stories all around her, in the forests of Plym Bridge, the moss covered hills of Dartmoor, then, as she grew older, the wide spread city of Houston, where she currently resides and works. A constant daydreamer, she hopes that one day, her passion can become something more than just a hobby for her.
Still led by her imagination, the worlds have slowly grown from childish adventures to urban fantasies and romances. With inspirational authors such as Enid Blyton, Roald Dahl, Judy Blume, John Grisham and Stephen King guiding her through her life so far, L.J. Stock has finally decided that it is time for her to go for gold and try land herself on someone else’s future list of favorites.
Putting words on paper is as essential as breathing to her, but on the rare occasions that she isn’t writing, she can be found with a video game remote in hand or curled up on the couch with her pup and a good book. Music is also such an important part of her life, it’s a wonder there isn’t a background soundtrack playing wherever she goes.
A good girl to most, a bad girl to a few, L.J. believes that every genre should be attempted and is more than likely to have tried to release three hundred series’ ranging from vampires and werewolves, to dystopian and even classic romance, before she reaches even middle age. At least, that’s the plan for now.
Social Links 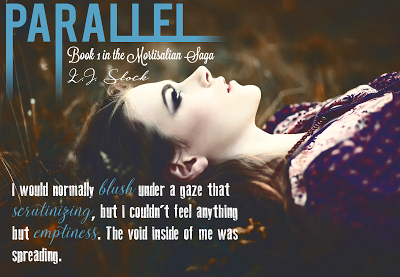 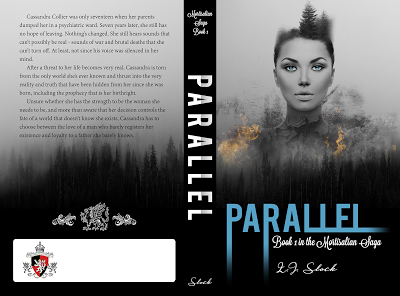