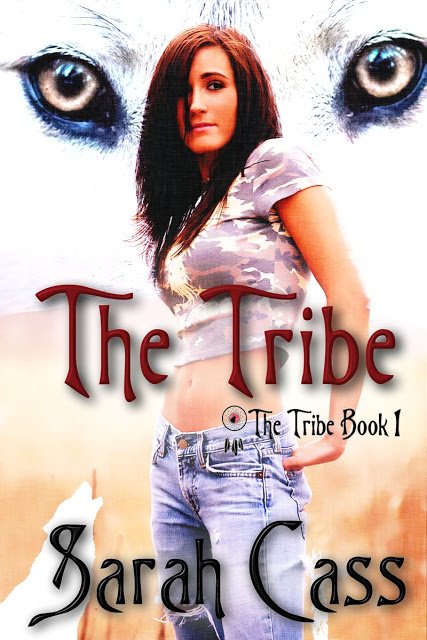 Nirvelli is determined to wipe out any bit of happiness she has. Her life in the Tribe might have been ideal once upon a time—but three years ago one rebellious act ruined everything. Now she only wants out. Can she escape without destroying everyone she loves?

Kane has lived for over three hundred years with his companion Spirit Wolf. He’s known love. He’s known hate. Never has he run across a woman like Velli. Never has his Wolf cared one way or another whom he bedded or loved.

Until her. The Wolf has declared her his mate. Can Kane say the same? If he finally admits it, will his Healing magic be enough to save the deeply wounded Nirvelli?

A broken law leads to great tragedy, and their separation. Velli finds new levels of danger and loss on her own. Kane struggles to find her, but he may already be too late. 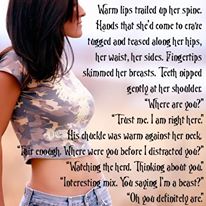 Velli leaned out the window, following the rustle of trees toward the parking lot three houses away. “Someone is here!”

“Silver Fox said we were expecting a Tribe member home. Perhaps that is him. Don’t you worry, your Chief will greet him.” Elu chuckled. “My husband is looking forward to meeting this Tribe member.”

“Is that the Healer?” The butterflies that had been absent sprang to life. Something new; something different. Now that she could get excited about. “The one that has been in the States in their military? Isn’t he the oldest living Shifter? Like over two hundred years old or something?”

“Yes. I believe that’s him. Kane was his original name, I’m not sure if he’ll be using that. He and his mate wished to return to a Tribal home.” Snowbird kept her curiosity restrained, but her head did pop out the window to look toward the parking lot.

“His mate. Melik said she was a descendant of the extinct Asian Tribe. That’s something totally unique – alongside the uniqueness of a Healer? I have to see that!”

“Nirvelli.” Snowbird might have been shaking her head, but her smile belied the amusement she contained. “You have a party downstairs. For your wedding.”

“I’ve never been into that girly stuff, Mother. Please?” Velli clasped her hand. “Nothing new or exciting ever happens here. I just want to see what a two hundred year old man and a descendant of the Asian Tribe look like. I won’t be long. Please.”

“Oh let her go.” Elu’s soft laughter filled the moment of hesitation. “If we were her age we’d be doing the same thing. We’ve just learned patience in our old age.”

The moment Snowbird nodded Velli leapt out the window. After an instinctive dip into her water magic a pillow of condensed water formed beneath her feet in order to carry her to the ground.

The lands of the Tribe held only one modernized entrance—well secluded and hidden—that allowed cars to enter. Only those invited or that held magic could find it and enter without difficulty.

The Tribe had a burning need to keep their true numbers secretive for the world not to know that Shifters were real and sheltered right here. Still they relied on the modern world for minor conveniences, such as food when their stores were low. It was the only reason the entrance existed. Otherwise the Elders would be happy to seal off the lands to outsiders completely.

By the time Velli had reached the last house between her home and the parking lot, she’d already spotted the cluster of Warriors around the arrivals. Even though she couldn’t be called shy, something made her hold back. Lingering behind the house, she decided to observe the pair rather than seek interaction.

After all, they were already surrounded and being peppered with conversation from Chief Silver Fox and her own father, Black Feather. As the Warriors started to retreat she caught her first real glimpse of the new arrivals.

Before she could truly appreciate any appearances, the Wolf that was her companion Spirit rushed forward. Eager yipping entered her mind so fast she had to close her eyes to force back the attempt to Shift.

She didn’t understand her Wolf’s eagerness, even if the man was a sight to see for one supposed to be over two hundred years old. Once the Wolf eased up, she decided to get a better look.

After mentally telling her Wolf to stay back she opened her eyes. Hoping to keep her companion Spirit at bay for a while longer she started with Kane’s feet.

Heavy black boots, she had no doubt were steel toe. Black jeans crept up along his calves, hugged tight to well-defined thighs. The black leather belt was just a speed bump on the way to his abs.

Even through his black shirt she could see the carved lines of his abs. His arms were folded across his chest, bare and just as well muscled as the rest of him.

Each muscle was carefully sculpted to perfection. His chest was rock hard. Shoulders so broad.

A rough growl reached her ears, and she realized it had come from her own lips. She cleared her throat and tried to push back her Wolf. Never had her Wolf cared about her obsession with men.

Velli skipped right over his face to his head, studying the thick head of black hair cut short in the style of the military. No, two hundred years hadn’t even thinned one hair on his head.

His strong jawline was dirty with just a bit of stubble – a rarity among the Tribe – facial hair and body hair were all but non-existent. Her fingers twitched with an unexpected urge to feel the rough stubble.

Then his eyes consumed her. Strong amber-brown intensity met hers with unabashed fire. He’d seen her studying him. Yet it didn’t appear to slow him down. Small movements of his body, the words formed in conversation drawing her attention to the smooth movements of his sensual lips.

The urge to Shift pressed at the back of her eyes until she had to look away. To gather herself. She needed a distraction. His companion, his mate. The descendant of the Asian Tribe. That would have to do. To remember that he had a mate. To see what she looked like.

The woman’s flaming red hair shone so bright for a moment Velli suspected dye. If this woman were a Shifter though, no hair color would ever hold. Beneath the bright flash of red sat creamy white skin the palest Velli had ever seen.

How could this woman be a descendant of the Asian Tribe?

One glimpse of her eyes and Velli saw it. The slight tilt in a stunning and shocking emerald green. With a blink they turned yellow and cat-like before reverting back green. At her temples sat three pure white strands of thick hair that looked just like whiskers.

Her skin tingled and she drew her eyes back to see Kane giving her the same perusal she had granted him. When his eyes locked onto hers again, a shiver ran down her spine. In the back of her head the Wolf growled out, Mine.

“Oh no,” she whispered to herself. “This one is not for us. We’re just looking.” 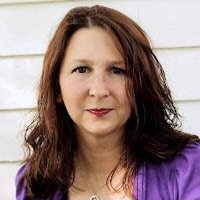 An ADD tendency leaves her with a variety of interests that include singing, dancing, crafting, cooking, and being a photographer. She fights through the struggles of the day, knowing the battles are her crucible; she may emerge scarred, but always stronger.  The rhythms to her activities drive her words forward, pushing her through the labyrinths of the heart and the nightmares of the mind, driving her to find resolutions to her characters’ problems.

While busy creating worlds and characters as real to her as her own family, she leads an active online life with her blog, Redefining Perfect, which gives a real and sometimes raw glimpse into her life and art.  You can most often find her popping out her 140 characters in Twitter speak, and on Facebook.