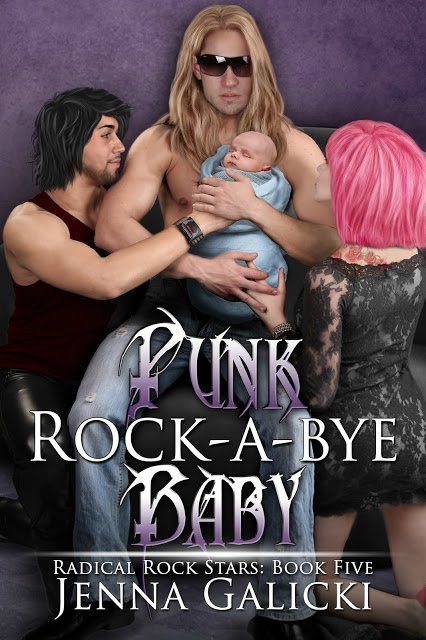 Loving two people is never easy, and Tommy Blade fights every day to ensure that his wife and his lover know that he loves them both equally. A commitment ceremony solidifies their pledge to one another and brings them closer together. Jessi Blade is a lucky girl. With animosity behind them, she and Angel share a more intimate relationship and their lives flourish. She has everything she ever wanted—except a baby.

Angel Garcia never thought he’d share his life with a woman, no less marry one in a commitment ceremony. When a baby joins their family, it makes him realize how much Jessi really means to him.

The road Tommy, Jessi and Angel travel is never an easy one. Just when they’re at their happiest, an accident may very well change the course of their lives. 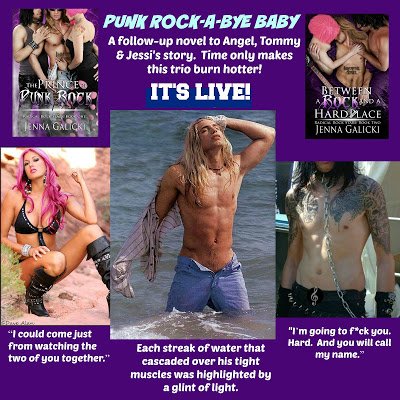 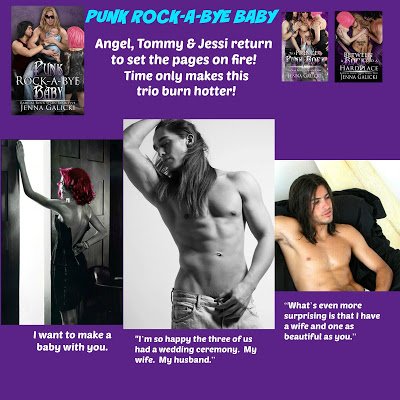 When Angel looked up, there was a shadow behind him and then a cool piece of cloth covered his eyes. He smiled into the blackness. “What are you doing, mi amor? Is this your way of telling me you want a spanking?”

“It’s not your prince,” Jessi whispered in his ear.

The small hairs on the back of his neck stood up, and he stood perfectly still. Jessi didn’t initiate playtime with the flogger, and there was an eagerness in her voice that alerted his senses. He tried to lift the scarf from across his eyes, but she pulled it tighter and tied it behind his head. A shiver ran down his back, all the way to his toes. Another set of hands unbuckled his belt and pulled his slacks down to his ankles. He kicked off his shoes, and someone helped him step out of his pants. These two had something in store for him, and he entertained a few possible scenarios in his head. His imagination traveled down paths that weren’t in his comfort zone. Although he loved to dish out a little rough play, he was rarely on the receiving end. “What are you two up to?”

“Shh. No talking.” It was Jessi, which somehow made him more nervous. He knew Tommy’s boundaries, but Jessi was a risk taker. Jessi delved into new experiences without the fear of the unknown to hold her back.

A hand on each of his upper arms guided him to their bed, but he needed no direction around the room. He could easily navigate freely on the darkest of nights. Every piece of furniture was mapped into his memory, from the four-poster bed to Tommy’s guitar stand in the far right corner and Jessi slippers that were always strewn on the floor next to her side of the bed.

He crawled across the mattress on his hands and knees and someone snatched his briefs, leaving him with just his white dress shirt held together by a lone button. A firm hand—Tommy’s—came down on his bare butt cheek without warning. It lit up Angel’s cock with an arousing start. Two smaller hands—Jessi’s—took hold of his shirt and yanked it off his shoulders. The sole button popped from its thread and hit the floor with a ting before it scuttled away.

The spike of a high-heeled shoe hit him in the center of his back and flattened him against the mattress. It stabbed at his spine. He wasn’t sure he liked it, but his cock grew thicker. “What are you doing?”

Angel loved Tommy’s bossy mouth, and he relaxed under the pressure of Jessi’s foot. She gave him one final poke in the ass with her heel before she kicked her shoes over the side of the bed.

“Front or back?” she asked.

“Front.” Tommy answered before Angel had a chance to answer the question. “I want to see his face when we have fun with him.” 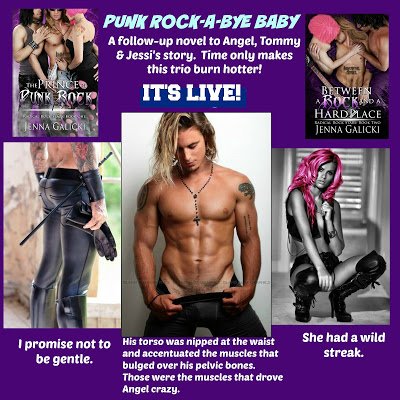 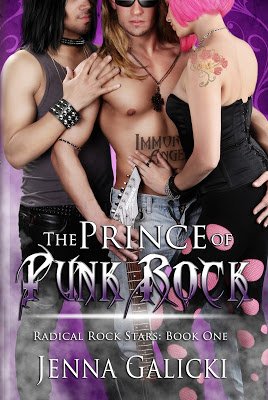 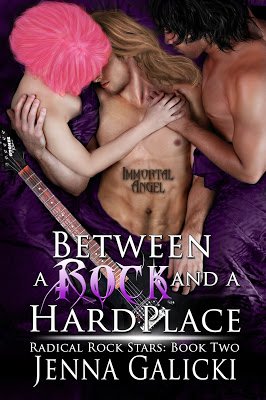 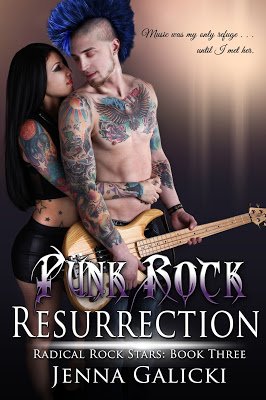 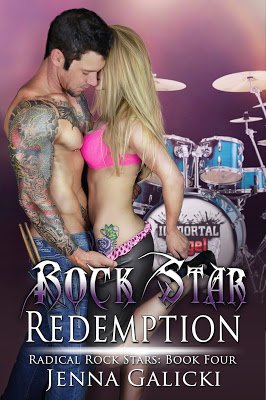 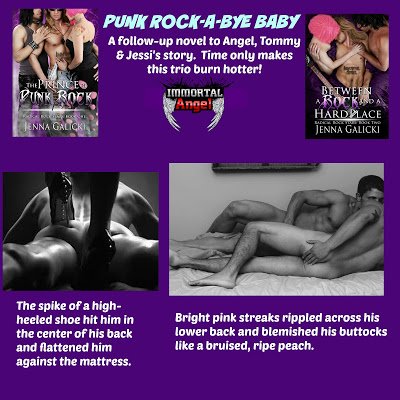 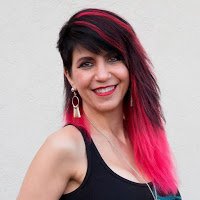 Jenna Galicki writes in multiple genres including m/m/f, m/f, and m/m. She is predominantly known for her Radical Rock Stars Series. The Prince of Punk Rock (Radical Rock Stars Book 1) was a finalist in the Best Bisexual Romance category, chosen by the Bi Writers Association.

Jenna is a strong advocate for LGBT rights and marriage equality. She volunteers with God’s Love We Deliver, delivering meals to people with HIV and AIDS and other life threatening illnesses. She actively raises money and participates in AIDS Walk New York and is a proud sponsor of Children International.

She lives in Long Island, NY with her husband and two dogs. She is a rottweiler enthusiast and an avid music buff. When she’s not hunched over a computer, you can find her front row at a rock concert.
Author Links
WEBSITE
FACEBOOK
TWITTER
AMAZON
INSTAGRAM 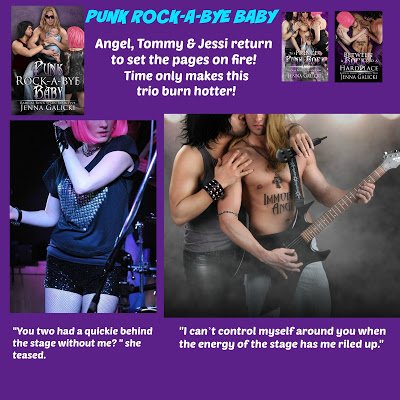