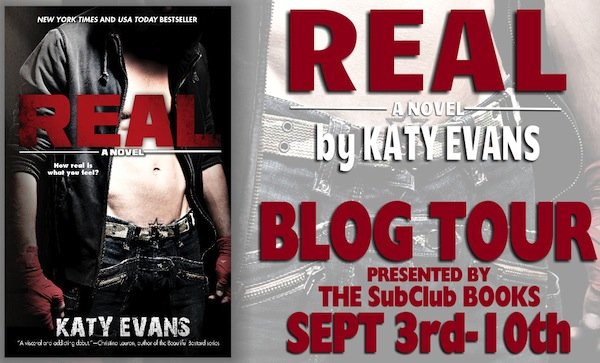 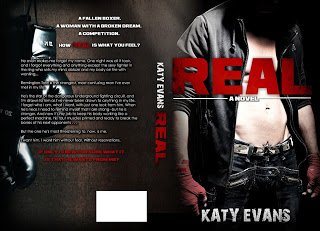 A fallen boxer.
A woman with a broken dream.
A competition…

He even makes me forget my name. One night was all it took, and I forgot
everything and anything except the sexy fighter in the ring who sets my mind
ablaze and my body on fire with wanting…

Remington Tate is the strongest, most confusing man I’ve ever met in my life.

He’s the star of the dangerous underground fighting circuit, and I’m drawn to
him as I’ve never been drawn to anything in my life. I forget who I am, what I
want, with just one look from him. When he’s near, I need to remind myself that
I am strong–but he is stronger. And now it’s my job to keep his body
working like a perfect machine, his taut muscles primed and ready to break the
bones of his next opponents . . .

But the one he’s most threatening to, now, is me.

I want him. I want him without fear. Without reservations.

If only I knew for sure what it is that he wants from me?

When I was asked to read Real it was a book not on my radar, but once I started it I was unable to stop.  The storyline was different for me and that made it that more enjoyable, I get tired of the same storylines.  Sure there was the broken characters with problems of there own, but the back stories of there lives and they way they were handled was what made the story. 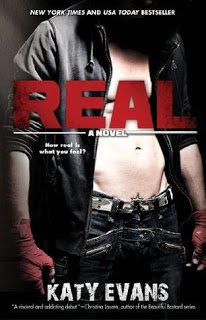 Remy was a person fighting his own demons in life just trying to live his life and fulfill his dreams as fighter.
Brooke has her own damage and broken dreams in life, now she is trying to change her broken dreams into something positive and make herself somewhat happy with the path chosen for her as a sports rehab therapist.
But that all changes when her friend Melanie drags her to an underground fight one night. There she sees Remy, and her path in life changes so fast she doesn’t know what hit her.   When she tries to escape the intense attraction by leaving the fight he actually stops the fight and follows her determined to have her one way or another!  Now that is a man who knows what he wants!
Remy has plans for her, and offering her a job when no one else would gives him that chance, so she starts an adventure of a lifetime. After hiring her and taking her on the road with him as his assistant, you would assume instant relationship in all ways considering Remy being a alpha male, but the love story the two hold almost made me jealous.  Sure they know they want each other but the obstacles they must overcome is enough for a normal person to run, but they fight for each other, determined to have the perfect ending.  Brooke is a strong person knowing what she wants with Remy and not easily scared or broken is something I admire.  The back characters in the book are great support and friends to help Remy and Brooke make there way. In the end, Remy shows true love for Brooke by being the most unselfish person one could know, giving the ultimate gift to her!
This is a book I would recommend to anyone and look forward to the continuation of there story! 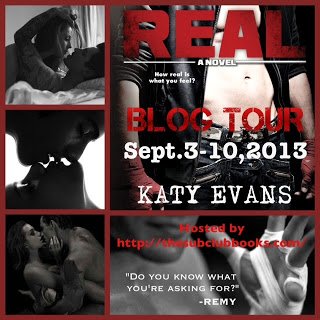 HOLY HELL. What a hot hot read. The magnet force that Remy has pulls you in from the beginning. What an AMAZING
book. I am so glad I stumbled on this. I had not heard much about it but bought
it because it sounded good. Good is a complete understatement. This book was
FANFREAKINTASTIC. Both Brooke and Remy have  issues. Brooke is a former athlete,
who at the height of her career was injured. She has rebounded from this and
became strong and independent but has no desire for relationships. Remy is
bipolar and suffers from manic episodes. He always needs a women to wind him
down and take off the edge. He wants Brooke but fights really hard to keep it
anything but professional. Remy has a love at first sight for her. Brooke is
drawn to him and always wondering why he has not made a move for her. The
struggles to keep way from each other eventually drop and then their love story
starts. OH MY is all I have to say Remy would and does ANYTHING to make Brooke
happy. The have amazing chemistry and they both really understand each other.
The amazing love he has with her is so heartfelt. Katy Evan has done such a
wonderful job with this book. There will be 2 more following this one. The next
is Mine a continuation and the third is told from Remington’s point of view. I
am extremely excited to see where the next book goes. Real is pure genius. If
you have not read this go buy it and start reading this book will not disappoint
you.
5  Blazing Stars! 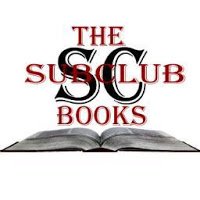