If you have not read any of Nicole Edwards book, please let me introduce you because they are H-O-T HOT. She has 2 separate series that intertwine with each other. Club Destiny is the first. There are 6 books to this series. 4 Full novels and 2 novellas.

I will start with my personal take on Nicole. She is absolutely AMAZING. Her books are hot. 50 shades has nothing on the hot scenes Nicole plays out. She is brilliant when it comes to this. I highly recommend this series. I loved all of them and could not put them down once I started. They are such a great mix of passion, humor, sizzling romance, and a little suspense at times. You will not be disappointed. 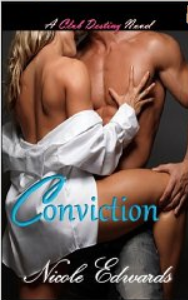 Samantha Kielty only thought she knew who she was and what she was made of.
Until she was offered a position that would take her from her small office in
San Antonio, Texas to that of her company’s larger, more upscale headquarters in
Dallas, Texas, Sam hadn’t seen anything. Her new boss is not only intensely
sexy, he is also about to show her things she’s only read in books.

Logan
McCoy’s life was steady going until he set his sights on his new Vice President
of Project Operations. The woman makes his blood boil and makes him want things
he didn’t realize he was in search of. Logan only hopes Samantha is capable of
handling his dominating, controlling ways… especially between the sheets… or
in the shower.

When Logan and Sam get together, sparks fly and they bring
out each other’s deepest, darkest desires. He will push Sam past her sexual
boundaries, and she will bring out his need to possess her in every way. But,
can they find love within the inferno that burns between them?

Warning:
This ebook contains sinfully hot encounters between two (and sometimes three,
and even four) consenting adults. Includes m/f/m, m/f/m/m, and m/m interactions.
Contains graphic material that is not suitable for anyone under the age of
18.

My thoughts: This book was insanely HOT. I loved the story line and the mix of suspense, love and sex is so good. I loved Sam she was such a strong independent woman. Logan is a dream. 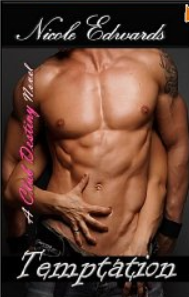 Sierra Sellers has never had a problem finding a date, but
when her mother’s meddling ways result in her being set up with the intensely
sexy Luke McCoy, owner of Club Destiny, Sierra learns she can’t fight
temptation. When he unleashes her deepest, darkest fantasies, she finds herself
in a position she doesn’t want to get out of.

Luke McCoy has run fast
and hard from the demons that chase him. The hot, fierce need that pushed him
beyond the boundaries he hadn’t realized he’d erected resulted in a two month
hiatus from the world he’d built for himself. A world concreted in lust and
forbidden fantasies. So when his twin brother Logan introduces him to Sierra,
Luke finds himself up against another temptation that he can’t resist.

Cole Ackerley never backs down from a challenge, but that was before
he’d been intimately introduced to Luke McCoy. Throw in the black haired vixen
with the glowing blue eyes, and Cole finds himself engulfed in a menage hot
enough to rival the sun. When his feelings for both of them ignite, Cole learns
the true meaning of self-restraint.

The deep, soul scorching hunger that
ignites between the three of them turns into a firestorm of sensuality and lust
that only burns brighter and hotter with every encounter. But when Luke
continues to push them away, can Cole and Sierra find a way to show him there
are no boundaries when it comes to love?

Warning: This book contains
sexual encounters and graphic language that some readers may find objectionable,
including, but not limited to m/f, m/m, m/f/m and m/m/f encounters,
exhibitionism, and voyeurism. Consider yourself warned – some of these
encounters are hot enough to melt your Kindle. Contains graphic material that is
not suitable for anyone under the age of 18.

My thoughts: I loved the triangle in this story. Both men have Sierra’s heart. It is not a very traditional love story and I think that is what made this story intriguing to me. The turmoil in this book was heartbreaking but the end result and the way the story evolves is amazing. With that the story is so great and the encounters are sizzling.

Book 3: Addicted- This is a novella 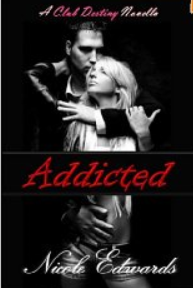 Samantha still vividly remembers those nights so long ago when Logan introduced
her to the ecstasy of a ménage. Now that Logan’s brother has up and fallen in
love, Sam wonders whether she’ll ever get the chance to do it all over
again.

Logan aims to satisfy
Samantha in every way he can. This time he’s looking to Club Destiny to help
fulfill those desires. The only thing left is to feed their addiction for one
another.

Publisher’s note: This book contains graphic material not
suitable for readers under the age of 18, including, but not limited to: menage,
m/f/m, public exhibitionism, voyeurism – simplified… it’s HOT!

My thoughts:
A good follow-up novella. Since Sam and Logan’s third is now in a relationship, this book is to find the occasional no strings attached third for those time Sam wants to fulfill her fantasy. This is a great novella introducing a character Tag we meet later on. This is just as steamy but is mostly sex filled and not much of the story. Still a must read to get acquainted with Tag. 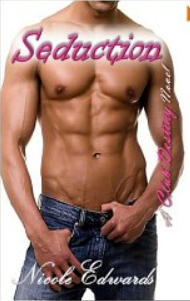 Alex McDermott has spent the better part of a
decade trying to convince himself to stay away from the alluring Ashleigh, but
when she moves back home, he finds out that he’s no longer willing to resist the
overwhelming desire she instills in him. But he’s got a secret too – one that
might just push Ashleigh out of his life for good – something he’s not willing
to let happen.

It doesn’t take long for the heat between them to ignite
into a wildfire of lust, but can they stop hiding from each other and more
importantly stop holding back?

Publisher’s Note: This book contains
graphic material not suitable for readers under the age of 18, including, but
not limited to one smoking hot game of Truth or Dare!

My thoughts:
I really liked this book. There were not many fantasy type steamy scenes, but I liked that. It was a true boy loves girl/girl loves guy but they are determined to not let the other know. I loved it. Don’t get me wrong the traditional gut with gal encounters are hot. I love Ashleigh’s character she is just a doll. I really loved this story. Nicole always out does her self and this is NO different 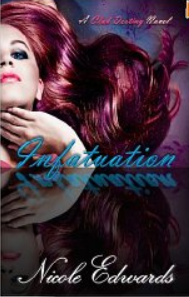 McKenna Thorne, owner of Sensations, Inc. – an online magazine geared toward
libidinous carnality and erotic lifestyles – is intimately familiar with the
lifestyle that the Club Destiny club is famous for. As a journalist, she’s
interested in understanding just what makes the swinger’s club so popular. When
she comes face to face with Tag Murphy, the sophisticated, sexy attorney
representing the club and its owners, she finds a new reason to be curious. It
only takes one encounter for McKenna to realize the heat the two of them
generate together is hot enough to melt her internal thermostat. That doesn’t
stop her from requesting an exclusive on the club that might just turn into more
than she bargained for.

Tag Murphy, a highly successful corporate
attorney who represents some of Dallas’ wealthiest companies is not only Club
Destiny’s legal counsel, he’s also a member. It’s during his time in the public
spotlight, representing the club in a volatile lawsuit against one of its former
members, that Tag gets his first glimpse of a fiery red headed journalist bent
on exploiting his personal life for the benefit of her readers. In order to
protect his own personal interest, and that of the club he represents, Tag
decides to take McKenna up on her offer, only he adds his own stipulations. If
she wants to learn more about the club, she’s going to get the guided tour –
from him.

Will the two of them be able to overcome their own personal
issues as well as those they find themselves in the midst of? Or will their
independent, stubborn personalities force them to keep their distance?

Warning: This book contains
sexual encounters and graphic language that some readers may find objectionable,
including, but not limited to graphic sexual encounters, exhibitionism, and
voyeurism. Consider yourself warned – some of these encounters are hot enough to
melt your Kindle. Contains graphic material that is not suitable for anyone
under the age of 18.

My thoughts: Again another HOT HOT HOT book. It does not have any of the ménage encounters but it does have some hot steamy scenes. It does have some suspense to it just like the first one that I loved. The a good love story. This book also introduces 2 characters we meet in the Alluring Indulgence series I will be doing more review on tomorrow. 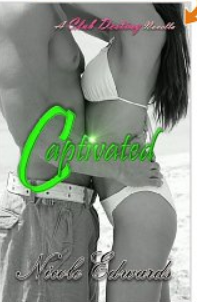 Captivated is a glimpse into the lives of Lucie Werner and Kane Steele after
Temptation (Club Destiny, #2)

Lucie Werner’s life has never followed the
path she envisioned for herself and five years ago, it veered off course yet
again. This time after one erotic night of passion with the man she’d been
captivated by since the first day she met him. Only Kane doesn’t remember that
night, and until recently, he didn’t know that what they shared resulted in
pregnancy and the birth of a beautiful little girl. Now that he knows, Lucie
fears he’ll never want anything to do with her again because she kept his
daughter a secret from him for so long. The sad truth is, she doesn’t blame
him.

Kane Steele had never known the type of rage he was consumed by when
Lucie told him he was a father – and that she had kept his daughter a secret
from him for nearly five years. Although he can’t remember the events of that
one fateful night, Kane can’t ignore the feelings he’s had for Lucie all this
time. Now, with the secret out, and his relationship with his daughter on the
mend, he finds he still can’t fight what he feels for her. Since his memories of
that one night are out of reach, Kane’s ready to make some new memories.

Can the two of them overcome Lucie’s deceit and give in to the maelstrom
of heat that’s generated when the two of them are close together? Will Lucie be
able to overcome the guilt she feels for holding onto this monumental secret for
so long? And will Kane be able to forgive her?

My thoughts:
What a great book. I was so involved with the story from the beginning. It was a true love story, but don’t get me wrong there were the steamy moments Nicole is known for. and it also is a great lead in to the next Club Destiny book. I can’t wait.