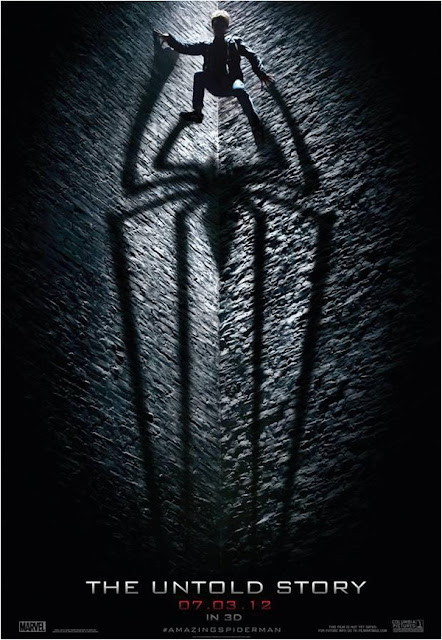 Synopsis:The Amazing Spider-Man is the story of Peter Parker (Garfield), an outcast high schooler who was abandoned by his parents as a boy, leaving him to be raised by his Uncle Ben (Sheen) and Aunt May (Field). Like most teenagers, Peter is trying to figure out who he is and how he got to be the person he is today. Peter is also finding his way with his first high school crush, Gwen Stacy (Stone), and together, they struggle with love, commitment, and secrets. As Peter discovers a mysterious briefcase that belonged to his father, he begins a quest to understand his parents’ disappearance – leading him directly to Oscorp and the lab of Dr. Curt Connors (Ifans), his father’s former partner. As Spider-Man is set on a collision course with Connors’ alter-ego, The Lizard, Peter will make life-altering choices to use his powers and shape his destiny to become a hero.


I was wondering how this film was going to be with “somewhat” recent Spiderman movies in the last several years. Plus the fact that there was not a lot of promotion to my knowledge for this installment. However this is a fantastic realistic twist to the series. I was surprised by all of the great actors in it like Martin Sheen and Sally Field. I thought the movie was great, not too violent, and very funny. My BIL said that he thought this was the best Spiderman movie yet! I definitely recommend going and checking The Amazing Spiderman movie out. We give it two thumbs up for realistic and entertaining. I look forward to the next two movies in this new Spiderman trilogy.

Disclosure:  I received complimentary movie passes to attend a pre-screening. I was not compensated to write a positive or favorable review. This is Keeping Up With The Rheinlander’s personal opinion.
Kindle