Derek Cianfrance directs The Light Between Oceans, a melodramatic adaptation of M.L. Stedman’s novel.  Unlike his movies in the past, Blue Valentine and The Place Beyond the Pines, the drama seems strained in this movie. 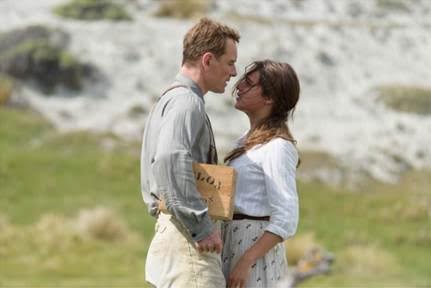 The film stars real life lovers Michael Fassbender and Alicia Vikander, both very able and talented actors, however, not even they could have me truly feel something deeply, give me something to connect to, and that very well may be on the direction of the film.

Fassbender plays Tom Sherbourne, a World War I vet with PTSD.  He takes on the not so coveted job of lighthouse keeper on a remote island.  Vikander plays Isabel, a girl from the mainland, who marries and moves with Tom.  They are a beautiful couple, happy in their isolation on Janus Island.  After the devastating loss of their second child, however, a boat washes ashore with a dead body and a baby.  Claiming it as a miracle, Isabel grows attached to the child, and then guilts her husband into not logging the information or turning the child in.  He buries the body, they keep the baby.  It works out at first, until a visit to the mainland brings Tom a chance encounter with the woman he realizes is his daughter’s mother, Hannah, played by Rachel Weisz.

All the actors do their job well, however, it was Weisz’s performance that had me shedding only a few tears for one moment of the entire film.  Plot twists and turns seemed to overtake the true theme of the movie.  Instead of focusing on forgiveness, it often goes back and forth between both that and revenge.  The direction is almost telling you “this is how you should feel,” instead of letting it unfold and letting you feel it for yourself.  The melodrama took over, drowning the film in a soap opera style way, although the film had a beautiful atmosphere and lovely musical score. 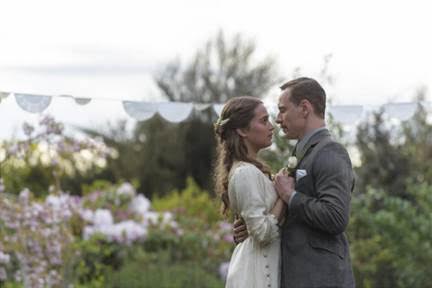 THE LIGHT BETWEEN OCEANS showing in theatres everywhere!

DISCLAIMER – I was not compensated for this review.  This is the opinion of Life, Books & Loves.  Affiliate links are included in this post.  Photos courtesy of DreamWorks Pictures.