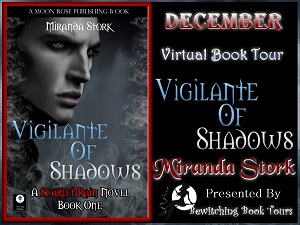 Can you tell the readers a little about yourself?
I was born in Guisborough, North Yorkshire in 1987 and have lived in various places around Britain, including Newcastle and Glasgow.

My writing is inspired by various writers, including the vivid characters of Charles Dickens, the imagination of Stephen King, and the gothic imagery of Anne Rice.

My love of horror began at an early age, when I was only three or four. I could read proficiently at the age of three, and devoured fairy-stories, but I always had a bent towards the darker stories, such as the Brother’s Grimm’s tales…Red Riding Hood was always a firm favourite, although I always felt sorry for the wolf, despite him having tried to eat everyone!
Do you write full time?
Yes. I always planned one day to do writing for a living, and now I’m lucky enough that I can do that.
What are 5 fun/interesting facts about you?


What are the “must haves” for you when you sit down to write a book? I always need to have background noise of some kind—even if it’s the TV on in the background, or music playing in my headphones. If everything around me is too silent, I can concentrate properly on what I’m writing, as I have a really short attention span. And I have to be comfortable for the same reason; if it’s too hot or cold, it puts me off, so I like to make sure everything in the house is the right temperature for optimal writing. 😀
What made you decide to become a writer and how old were you?
I don’t think anything in particular influenced me to be a writer, but when I was 7, I loved Enid Blyton. I’d always written short stories and drawn pictures to go along with them, but that was the age I realized, while reading her books, that I could do this as a grown-up.

Who or what was your inspiration for writing Vigilante of Shadows?
I honestly have no idea. Random ideas pop into my head from nowhere all the time—it comes from thinking too much about things when I see or hear them. So thinking about crime after hearing about it on the news got me to thinking about the ways in which people deal with it…which lead me to vigilantes. I’m not sure how he ended up as an ancient supernatural creature though…perhaps because he would have seen a time without law and order as we have it today. The rest fell into place as I let the characters take the lead.
Do you feel that you can relate to one character in Vigilante of Shadows more than any other? And why?
Hmm….very good question! I think it would have to be Arianwen. Some of her characteristics are based on my own, and I think she is the character closest to myself. Aside from growing horns, obviously. *quick shifty look around* But I love that she’s a strong character.

What do you Love most about writing?
I love being able to create something out of thin air. Taking a blank page and filling it not with words, but with this entirely new universe and people is something I will never get tired of. There are so many mad little voices and ideas in my head that if I didn’t write them and get them out, I might go mad!

What is your biggest challenge when you write?
I think the biggest challenge I have—and this goes for other authors, too—is keeping your ideas fresh. All stories have been written before in some way, all creatures used in some form, but you have to be able to put a new and exciting twist on that. It’s not always a difficult challenge, sometimes it is. But it’s always fun!

Do you have any advice for any other aspiring writers out there? Keep at it with gritted teeth. You know yourself if this is something you NEED to do, or if it’s simply something you would LIKE to do. There is a big difference between both, and if you can see yourself doing anything other than writing, then you need to go and do that. But if you can only ever truly see yourself wanting to write, then you need to do it regardless, even if people tell you it’s too hard, etc. Lots of things are too hard, but life is there too be enjoyed…so if you’re not enjoying it, you’re doing it wrong. Push on, have bags of determination, learn to listen to people’s criticisms while keeping true to your own voice, and let insults slide off you like water.

What do you do when you are not writing?
Relax! I love sports, so I do a lot of swimming and karate, walking, I do (she admits ashamedly) like playing on the PS3 from time to time, and I love films. If I wasn’t writing, I would want to be a film critic, as it’s something I do anyway as I watch them—much to the annoyance of everyone else around me!

After that, I like to fit in meeting up with my friends and having a few G&Ts 😉 When you’re not writing what kind of books do you like to read?
I like to read anything and everything, as long as it’s well written. I don’t choose most books on genre or storyline, as I have lots of different books in my collection. But my favourite author of all time is Charles Dickens. Maybe not a cool choice, but his characters and vivid imagery are a massive influence on my own writing.

Since becoming published, what has been your favorite part of the process?
I don’t think I could decide on just any one part! I love the whole process, from writing the book, right up to finally getting it out to readers. I think I do enjoy designing the covers as well though, as I do those myself, and it allows me to keep the idea I want to convey right there.

If you can, tell us what is up next for you?
At the moment I’m working on a short story for an anthology with seven other authors, which will come out next Spring. I can’t give away anything else yet, but keep an eye on Moon Rose Publishing to hear more about it! I’m also writing up the next book in the series, ‘Keeper of Shadows’. 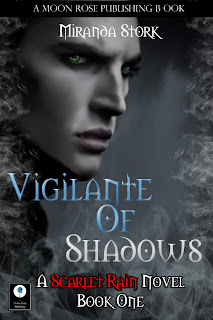 Aodhan clutched uselessly at his head, groaning. He knew it was useless, because the voice was not inside his head. It followed him, skimming across buildings and land. It had followed him since he was sixteen, and it still followed him today, like a memory too horrific to be forgotten…
Aodhan is a shadow-demon, hardened and cold after years of being alone, after his love, his Entwined, was cruelly taken away from him. He has closed his heart to the world, and now spends his life ridding the world of men like those who took his beloved away, an immortal hit-man…

Arianwen Harris is a young DCI, working for York City Police. When a known criminal is found viciously killed, she finds herself trailing a hit-man who has seemed to escape clutches again and again…but she begins to find herself drawn to his dark charms and roguish good looks…

As their two worlds collide, Aodhan and Arianwen find themselves coming together to escape a far greater enemy, one that threatens to create a world far worse than the one they live in. As they battle to hold back the oncoming forces, fate has another plan; one to draw them together and heal their broken pasts together… 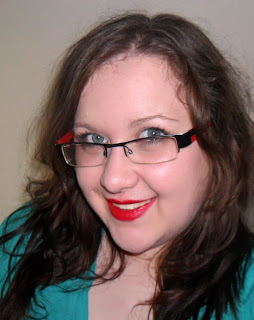 I was born in Guisborough, North Yorkshire in 1987 and have lived in various places around Britain, including Newcastle and Glasgow.

My writing is inspired by various writers, including the vivid characters of Charles Dickens, the imagination of Stephen King, and the gothic imagery of Anne Rice.

My love of horror began at an early age, when I was only three or four. I could read proficiently at the age of three, and devoured fairy-stories, but I always had a bent towards the darker stories, such as the Brother’s Grimm’s tales…Red Riding Hood was always a firm favourite, although I always felt sorry for the wolf, despite him having tried to eat everyone! 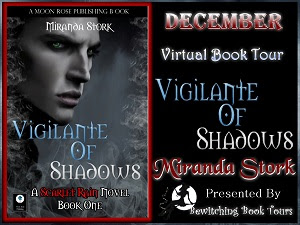