Can you tell the readers a little about yourself?
I’m a young mum to my nearly two year old daughter. We live in Devon in England with my partner of almost 3 years. I’m a little crazy sometimes, short-tempered a lot of the time, and sarcastic nearly all of the time! I have an unhealthy obsession with energy drinks and eBay. I talk too much for too long and get excited over the smallest things! Reading has been one of my biggest loves since I was old enough to hold a book, and I’ve been making up stories for as long as I can remember. I think that’s pretty much me in a nutshell.

Do you write full time?
I’m lucky enough that my partner earns enough for me to be able to stay at home with our daughter, so yes and no. I’m always free to jot things down, but I also have to work it all around a (currently) very egocentric toddler entering the terrible twos!

What are 5 fun/interesting facts about you?
1.  I never wear matching socks, they have to be odd.
2.  I have over five hundred e-books on my phone.. So let’s not go there with paperback books.
3.  I spend too much time buying pretty little clothes for my daughter on eBay from Asia. (try it – great bargains!)
4.  My hair is so thick that whenever I get it cut I immediately lose two pounds. Tried and tested theory.
5.  I have eight unfinished novels on my computer because I’m easily distracted. I’ll finish them one day!

What are the “must haves” for you when you sit down to write a book?
Music is a big inspiration to me, especially in emotional scenes where I can draw words and phrases from songs. I usually have the radio on on the tv in the background. I also have to be in my pajamas to write. I haven’t yet worked out why, but I write better when I’m being a slob!

What made you decide to become a writer and how old were you?
When I was 8 I told anyone who would listen I would be an author one day, so I guess then! In all seriousness, it was earlier this year at the ripe old age of 18. My partner said to me ‘why don’t you write a book instead of reading them all the time?” A few days later, I began work on the first part of The Mauve Legacy series.

Who or what was your inspiration for writing Lily; The Witch Hunter?
My Dad. I lost him to the angels when I was only 1, and my whole life I’ve strived to make him proud. I know I finally have.
I also had a bit of a rough time during my early teens and I recently had counselling. I started writing near the end of my course – it was my way to escape.

Do you feel that you can relate to one character in Lily; The Witch Hunter more than any other? And why?
Not surprisingly, Lily. She’s the girl my father would have wanted me to be, and there is an awful lot of me mixed up in her. I poured my soul into her, and continue to do so with every word I wrote.

What do you Love most about writing?
The fact that my books are all the words I’m too afraid to say out loud.

What is your biggest challenge when you write?
Knitting the big scenes together.. I’m actually having this issue with the fifth book in the series, but I know I’ll get there. Also names.. Yeah, they’re tough.

Do you have any advice for any other aspiring writers out there?
Don’t give up! It’s not easy, but as long as you just keep pushing on, you’ll get there in the end.

When you’re not writing what kind of books do you like to read?
A bit of everything. I have a broad library – from fantasy to romance, mysteries to classics.. If something sounds good I’ll pick it up regardless of genre.

Since becoming published, what has been your favorite part of the process?
E-mails, comments and messages from my readers. If I’m having a bad day in the office, they pick me back up and inspire me to continue.

If you can, tell us what is up next for you?
I can! I’m finishing up the fifth book in The Mauve Legacy, Prophecy, and that will be released on Friday 16th November. The sixth and final book, Unfulfilled will be due Spring 2013. There’s also a YA Fantasy trilogy and a couple of YA romances I have planned for next year. 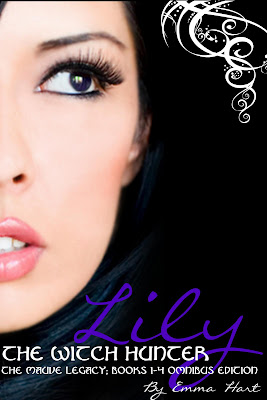 Lily; The Witch Hunter
The Mauve Legacy
Author: Emma Hart
Publisher: CreateSpace Independent Publishing Platform
(November 12, 2012)
Language: English
ISBN-10: 1480281662
ISBN-13: 978-1480281660
Summary:
Witches. Vampires. Werewolves. Demons.
Moving to Salem introduces Lily Mauve to a whole new world, one she is in the centre of.
If making new friends and falling in love isn’t enough, there’s also the fact she’s a witch.
A witch destined to be a triple goddess and defeat the man who has hunted her kind for over three hundred years.
Faced with heartbreak, never-ending family secrets, lies and betrayal, she must stand strong and be the leader everyone knows she can be.
Lily thinks the war will end in Salem, because destroying Henry Luther is her birthright, isn’t it? 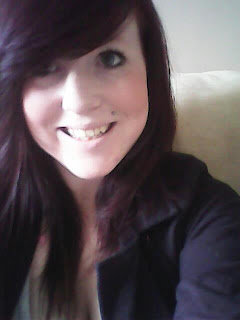 ABOUT THE AUTHOR:
Emma Hart is a young mum/maid/launderette/personal chef/author who lives in Barnstaple,
Devon in England. She lives with a man bearing the title fiancé who is incapable of
picking up dirty socks and their one year old little monster who currently shouts ‘quack’ at
everything.
When she’s not writing or being mum, she enjoys sitting down with a good book to get
five minutes peace, which almost never happens. She freely admits to hating talent shows
on TV, (The Voice, Xfactor etc) but being completely addicted to them and unable to stop
watching. Emma believes there are only two men in the world who can say they truly
understand women – their names are Ben & Jerry – because if you didn’t understand women
there’s no way you could create ice-cream that good.
She also admits to being a bit eBay obsessive. You will find at least 200 items on her watch
list at any one time. Little girl’s shoes is another love of hers – just as well because her
daughter grows incredibly quickly. Sadly, this is the only one of her obsessions she is able
to justify. 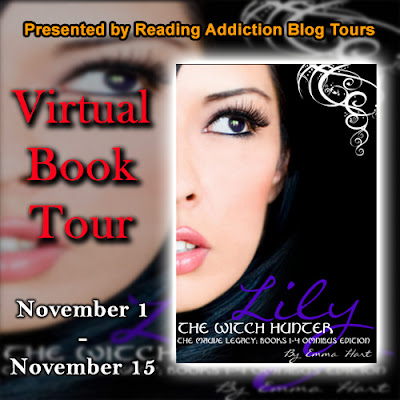 Disclosure: This Interview was provided by the Author as a part of the Reading Addiction Book Tours. This is NOT a compensated post.