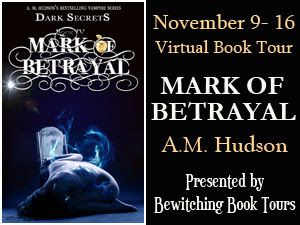 Can you tell the readers a little about yourself?
I live in the magical ‘land down under’, Australia. I’m 30 years old and have 3 boys aged 11, 8 and 4. Growing up, my dad was in the Navy, which saw my family move all around Australia, settling in one place sometimes for less than 8 months. I was even lucky enough to live in Papua New Guinea. I recently travelled to LA and Vegas for a holiday, and loved every minute of it. Especially driving around in a Mustang convertible on a different side of the road.

Do you write full time?
I sure do.

What are 5 fun/interesting facts about you?
1: I’m a two-finger typer, but a fast one
2: I’m a self-professed chocoholic. There is no cure.
3: When I was a teenager, I planned to run away from home and marry Sidekick’s Jonathon Brandis
4: I inherited so much ‘English blood’ from my father that I get sunburnt from even looking at the sun. This, combined with my sharp fangs, late nights, anemia and pale skin, has had me on the wrong end of vampiric suspicions. (By the way, I’m not a vampire)
5: I get bad motion sickness on carnival rides and in cars.

What are the “must haves” for you when you sit down to write a book?
My MacBook, power cord, a glass of water and a belly full of coffee.

What made you decide to become a writer and how old were you?
I was 14 when I first decided I wanted to write books, but 27 before I made the choice to do it as a career. I was always good at writing, always had a good imagination and found it easy to explore different worlds in my own mind, as well as see the opposite side of any argument, so I guess there wasn’t any significant event that flicked the ‘writer switch’. I was just born to write and knew it was what I had to do. But knowing that Stephenie Meyer wrote Twilight while raising children gave me the courage to believe I could do it, too.

Who or what was your inspiration for writing Mark of the Betrayal?
So many factors have come into play in the creation of the Dark Secrets series. Book 4 is simply a continuation—everything that wouldn’t fit in one book. I would say that every movie I ever watched, every book I ever read, and every story about any vampire inspired me to write about vampires. When I was younger, Tolkien first inspired me to create worlds and races of my own, and so, you could say that the books were inspired by the love for living in my imagination, combined with the inability to find a book I could really enjoy.

Do you feel that you can relate to one character in Mark of the Betrayal more than any other? And why?
Well, Ara, of course, because she’s the protagonist and also female. But I also relate to Jason as well, given that he’s ‘looked past’ quite a lot. People don’t tend to see him for the good-natured man he is, and I think we all feel unappreciated at times. So, I’d have to say that, aside from the obvious reasons for relating to Ara, I also really understand and pity Jason.

What do you Love most about writing?
Having written. Ha ha ha. I always love when a scene is finished and I get to read it aloud to my husband, whose smile is always the seal of approval. It gives me that good feeling inside. But I also love that I work by my own rules and hours and get to create any world, any life I can imagine. It’s the best way to travel, marry the man of your dreams or fly, all without ever leaving your desk. I mean, we can do this by reading, too, but when you write, all those times you’ve thought ‘Oh, wouldn’t it be cool if ‘this’ happened in the book?’, you actually get to make that happen. It’s a very cool job.

What is your biggest challenge when you write?
Fatigue. I actually get really tired. I would call myself a ‘method writer’, just like actors who ‘become’ the role. When I write, I really insert myself into the scenes and live them. My son, when he was a toddler, would come up to me while I was writing and ask what was wrong. It wasn’t until I’d sit back and disconnect from the scene that I’d realize my face was all screwed up into a frown or that I looked devastated. So, writing this way makes me really tired, and when I get tired I can never think of the right word or phrase. I always have to go sleep for a bit.

Do you have any advice for any other aspiring writers out there?
Read Stephen King’s “On Writing”.

What do you do when you are not writing?
Cook, clean, take the kids to school and play with my cat. I also love watching movies and TV shows like Vampire Diaries, Arrow and Walking Dead. I’m getting quite into the whole zombie thing. My husband and I also like to sit down with a guitar and have a little sing-along, and next year I’ll be learning French.

When you’re not writing what kind of books do you like to read?
I’m going for scary books right now—or books that reach a deeper part of my subconscious. It really helps switch on my ‘writer brain’. I’m reading Mark Z. Danielewski’s House of Leaves right now.

Since becoming published, what has been your favorite part of the process?
Cover design!!

If you can, tell us what is up next for you?
Book 5 and 6 of Dark Secrets, then a story called The Skeleton Key: A Tale of a Ghost Made From Time. It’s a dark, twisted tale about a daughter left behind in the wake of her writer father’s tragic death—how she’s haunted by the ghosts of his past, which lead her to a labyrinth of clues in a secret investigation of her mother’s mysterious disappearance fourteen years before. After that I’ll be doing a book about Mike (from Dark Secrets) and a series continuation from another character’s POV. 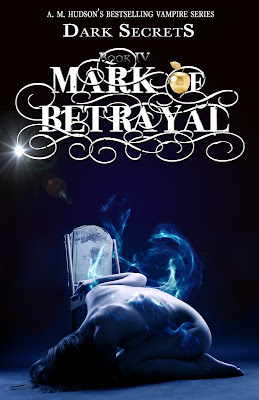 Mark of Betrayal
Dark Secrets Series, Book Four
Author:A. M. Hudson
Genre: Paranormal Romance
File Size: 938 KB
Print Length: 586 pages
Language: English
ASIN: B009WIR7DY
ISBN: 978-0-9871925-9-2
Summary:
A love so strong fire and torture could not break it. A heart so pure neither death nor hate could taint it. But, left alone in a world of lies and secrets, Ara will find herself down the road of treachery, walking very dangerous ground, while those closest to her fight to keep her safe from dangers unseen.

The boundaries between friends and enemies will blur, and the return of an old friend will see Ara crossing a line she can never return from. 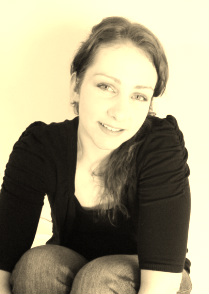 ABOUT THE AUTHOR:
A. M. Hudson loves her life in Australia and, despite wishing it would snow at Christmas, couldn’t imagine living anywhere else in the world. She fell in love with her husband at just sixteen, and since then, has added three boys to the mix. A. M. prides herself on writing the shocking, the depthy and the highly-emotional subjects other writers steer away from. She addresses the uncomfortable with conviction and enjoys taking stories down dark paths. Some of her heroes are Stephen King, Walt Disney, Hamish and Andy, Muse and 30 Seconds to Mars, and with influences like these, one can only imagine what stories will unfold. When she’s not writing, A. M. reads books, watches movies and chats with fans on Facebook.

Read my review of Tears of the Broken Book One ~ HERE!