2020 has certainly been challenging and full of heartbreak, anxiety, stress, and so much more. And in the middle of it all, I packed up my life and drove cross-country to a new city to start a new job. I moved right at the beginning of the pandemic and the stay-at-home orders that quickly followed gave me an opportunity to reset and find the pleasures of a simplified life which included some serious binging. 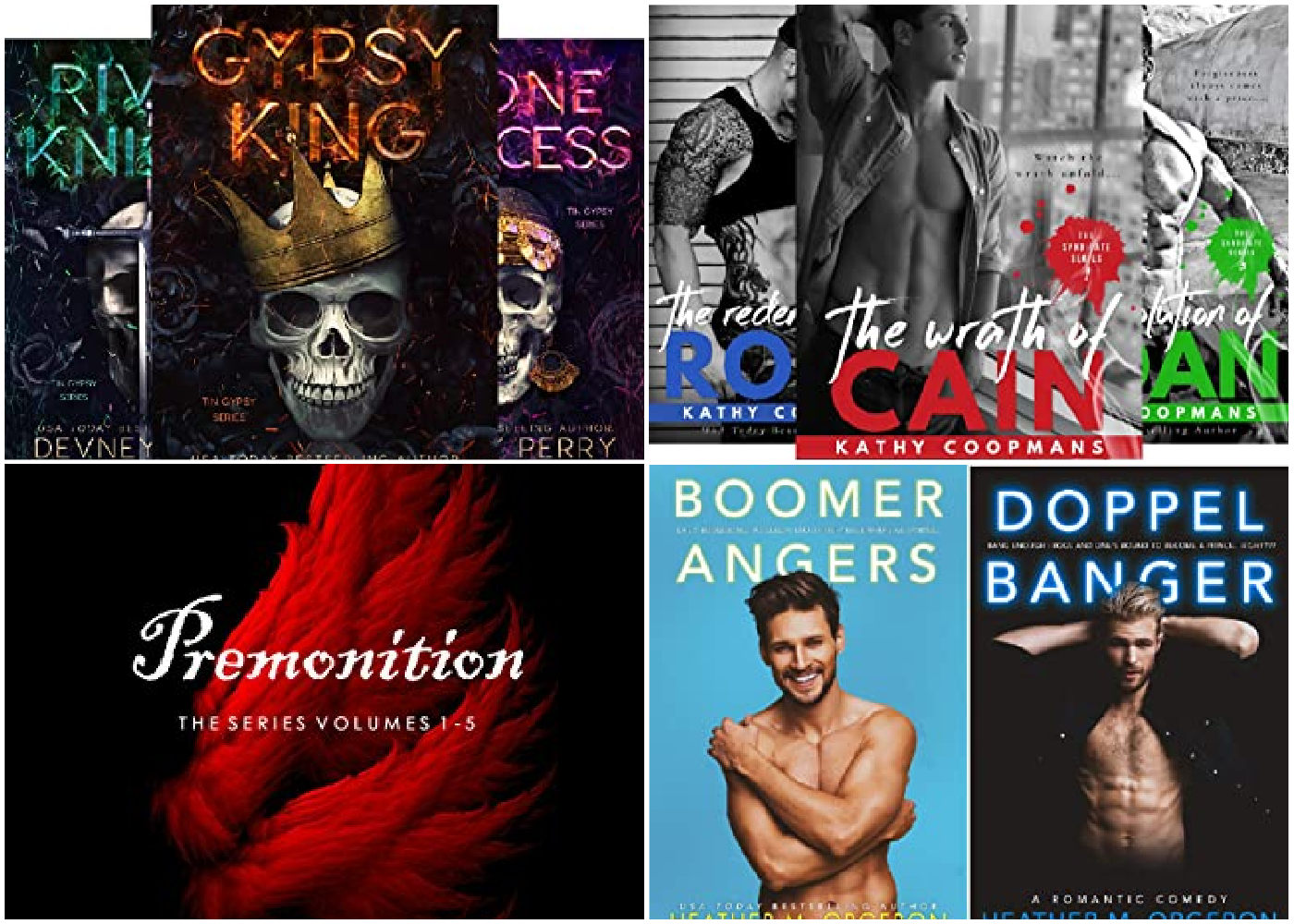 I’ve written over 100K this year alone, which is the most I’ve written in one year to date. I’m extremely proud of each of the projects and can’t wait for you to read them. With that said, I didn’t do much reading this year, which makes me sad. However, the books/series I’ve managed to read this year are fantastic, so without further ado…

I’ve read the first four books and can’t wait for what comes next in this fantastic MC series. Devney is a brilliant writer and if you haven’t read them, I highly suggest starting with Gypsy King and preparing yourself to read straight through Noble Prince!

Although I’m not a huge PNR fan, I listened to this series on Audible and it was so much more than I could have imagined. The characters are well developed, the plot moved quickly, and I found myself listening frequently as I could because I had to know what was going to happen next.

Romantic Suspense is my JAM and Kathy does it spectacularly in The Syndicate Series. I’ve read this series at least three times and will probably read it again soon. If you like mafia and MC’s you’re going to LOVE this series.

I stayed up all night reading Boomerangers and laughed so hard I was wheezing. I couldn’t stop with the first one, so I jumped straight into Dopplebangers. If you want to laugh so hard you wheeze (or pee), pick these up stat.

Oh my! There is something about Raymond Reddington that captivates me. There are seven seasons available on Netflix. So if you’re into questioning everything you’ve watched, then The Blacklist is for you.

This is a much older show, but it really is spectacular. The show follows Grace Hanadarko an Oklahoma City Police Detective who has an angel on one shoulder and the devil on the other. I laughed, cried, and fell in love with the show from episode one.

The series is based on Robyn Carr’s book series of the same name. If you’ve watched Hart of Dixie, you’ll recognize the town doctor. Though I haven’t read the books, I will say both seasons are very well done. You can also read the series – https://amzn.to/3mcOWxD

This series is based on Sherryl Woods book series. It’s been a great year for books to film/shows and this one is also done very well. Season 1 leaves us with a cliffy that I didn’t see coming, but I’m so excited for Season 2. You can also read this series – https://amzn.to/3gDznOk

There really is something about Bluebell, Alabama that seeped into my heart and soul. I’ve watched this a couple of times and every time I smile because it’s the perfect combination of comedy and a musical. #TeamWade

I’m certain I’m probably on round five or six of Gossip Girl and I can’t stop. Don’t get me wrong I question everything I watch, but there is something about the characters that are so compelling. I’m totally #TeamSerena but when it comes to the guys, I really love the complexities of Chuck. I wouldn’t want to date him, but with each season I dissect him just a bit more.

This may be one of my favorite cooking/baking shows. Paul is super dreamy and by the end of each season, I am convinced I can make at least one of the things. In reality, I can’t bake to save my life unless it comes from a box.

The Voice, Songland, and The Masked Singer: Hulu

Music feeds my soul, so I am totally addicted to each of these shows for different reasons. If you’re a music junkie, these are some wonderful options.

I’m going to leave you with Lt. Joe Kenda. Set in Colorado Springs during the ’70s and ’80s, Homicide Hunter is well developed and Joe narrates while the actors play out the scenes during these scary times. If you like true crime, this will be a good one for you.

In the middle of the TV binge, I managed to write two books, one short story, and started one more. To do all of that, I listen to music. I’m not one who can write with silence, which means I have an intimate relationship with Pandora, Spotify, and my iTunes account.  This isn’t a totally exhaustive list, because we don’t have all day for that, but some of my favorites include:

A Star Is Born Soundtrack

Since I’ve been home so much, I’ve done quite a bit of eating. Yes, not only have I cooked all the things, but I also have discovered my favorite take out places in the area.

All the Mexican Food—Chuy’s, Torchy’s Tacos and Local Lime are my top three in NW Arkansas. Also, I’m pretty good at cooking so I’ve eaten a ton of tacos, taco salad, and nachos.

Cupcakes—I can only make them from a mix, and Walmart has a wonderful gluten-free cake mix that makes delicious cupcakes – Great Value Gluten Free Cake Mix. If I’m in a pinch and only want one, I grab one from Gigi’s Cupcakes.

BACON—Yes, I have eaten all the bacon.

Pizza—There is a local joint here, The Peddler’s Pub,  that makes the fantastic gluten-free pizza. I’ve had it a handful of times in the last nine months. Check them out if you are in the NW Arkansas area. And I’ve discovered that I can actually make pretty good homemade pizza too. Added bonus, I can pile on all the toppings I like without the extra cost.

If you follow me on social media, you probably already know how much I love spending time in nature. Moving to NW Arkansas has allowed me to do so much more of this and I’m very thankful for each moment that I’ve spent outside.

I also learned to love yoga. It was quite a shock to me, but I was in a dark place where I could feel the vibrations of the anxiety run through my body 24/7. I read about something called a sound bath where someone plays bowls that are aligned with the chakras in the body and the sound waves help the individuals in the room to relax and move the stagnant energy in the body. I took a leap of faith and reached out to Cocoon Yoga Lab so I could try the sound bath and I fell in love. For the first couple of months, I spent my time at yoga trying aerial, relaxing, learning to breathe, and being fully present in my practice. Now I’ve added some more physically challenging classes and I feel happier, healthier, and more Hollis like.

2020 brought many binge-worthy activities to my life, and I’m thankful for each one. I will continue to acknowledge when I’m overloaded and do what brings me joy. Whether I cook my favorite meal, watch television, read a book, exercise, or even dance around with Boston to whatever song is playing, I’m giving myself grace and love while doing it. Make sure you do the things that feed your heart and soul during this trying time.

Much love and binging, 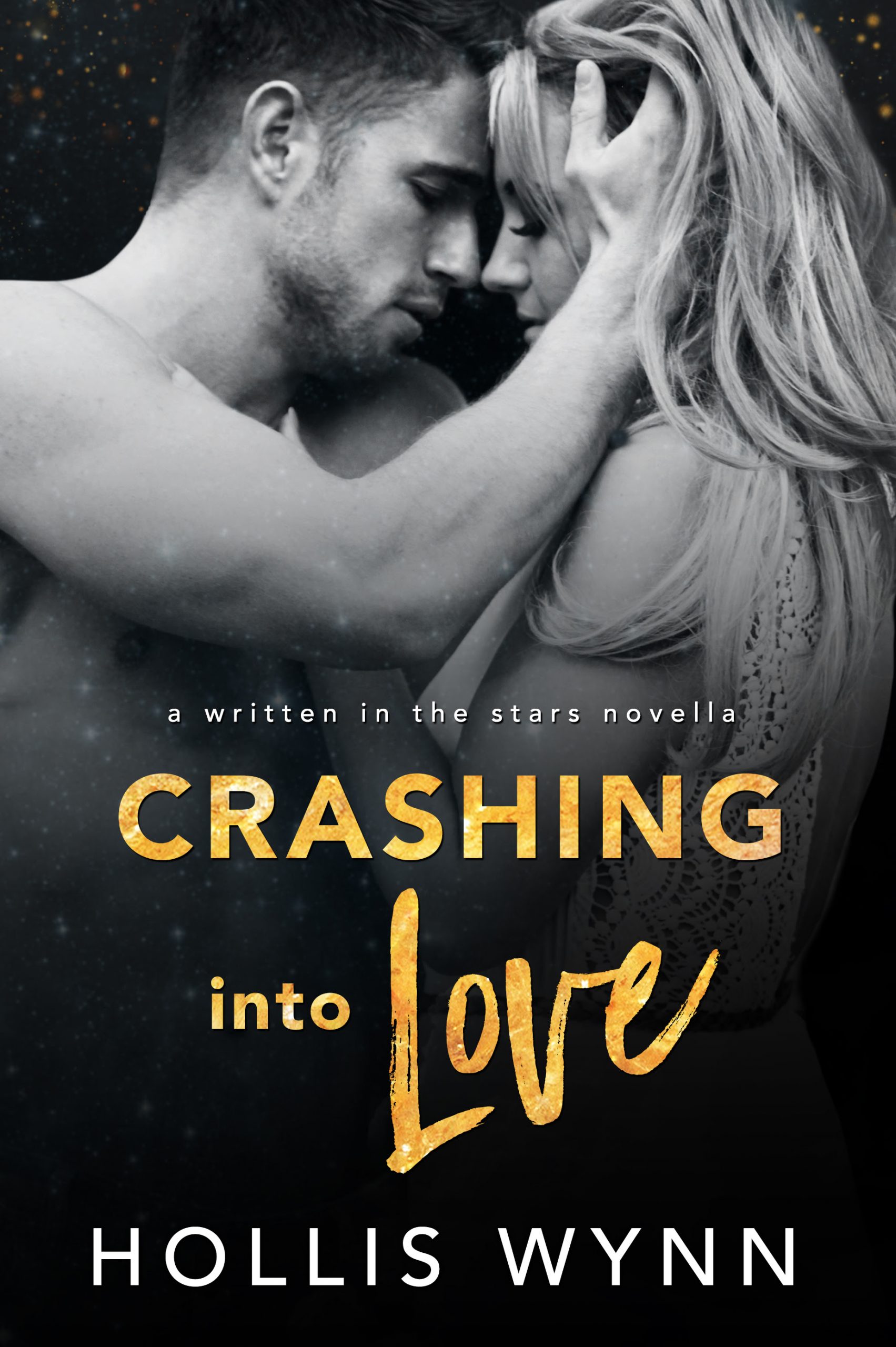 Sutton Sterling is a Capricorn through and through. A stubborn workaholic some may call pessimistic, Sutton doesn’t have time to search for the roses between the thorns of potential relationships. Besides, her horoscopes never point her in the direction of love anyway. Until the day she reads one with a fresh perspective and decides to take a chance at romance and her future.

Baker Hayes has one cardinal rule – no interoffice dating. When he started working with Sutton, he considered disregarding his own boundaries. Baker accepted his role in the friend-zone but the day he happened upon Sutton’s online dating blog, he’s ready to start breaking some rules.

Does Sutton’s horoscope decide her fate in love? Find out as Sutton and Baker go crashing into love.

Available on Amazon and in Kindle Unlimited 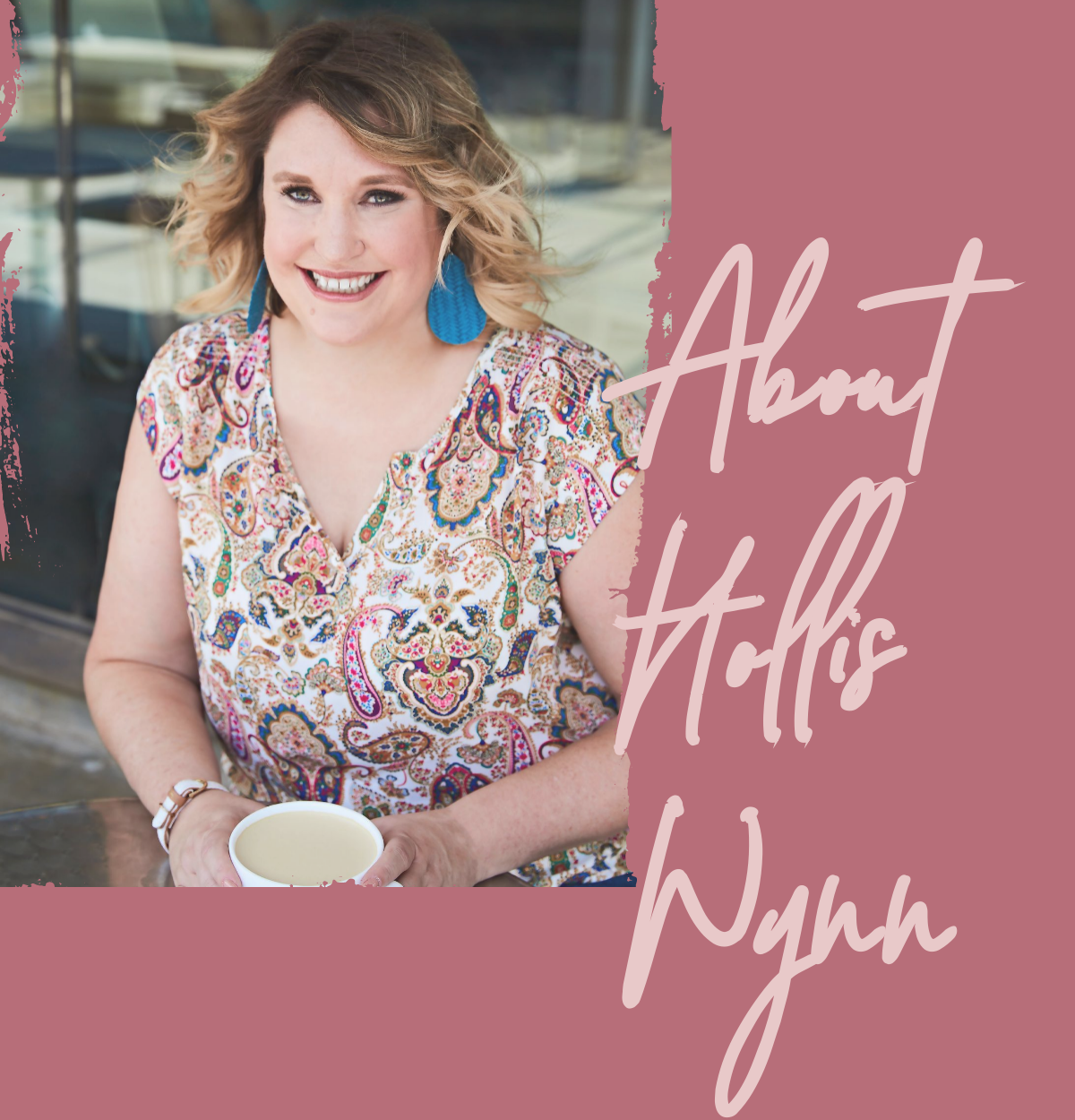 Hollis Wynn is a thirty-something gypsy who lives for adventure and calls home anywhere that she lays her head.

On her wandering she can’t live without three things… music, books and her Yorkiepoo Boston!

Hollis has been writing stories for years and after successfully running the White Hot Reads blog, she finally gave in to her passion and took the publishing leap!