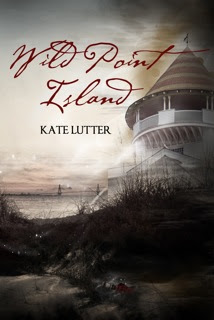 Author: Kate Lutter
File Size: 503 KB
Print Length: 264 pages
Publisher: Crescent Moon Press (June 14, 2012)
Language: English
ASIN: B008BMUNLK
Synopsis:
Banished from Wild Point Island as a child, Ella Pattenson, a half human-half revenant, has managed to hide her true identity as a descendent of the Lost Colony of Roanoke. Thought to have perished, the settlers survived but were transformed into revenants–immortal beings who live forever as long as they remain on the island.
Now, Ella must return to the place of her birth to rescue her father from imprisonment and a soon to be unspeakable death. Her only hope is to trust a seductive revenant who seems to have ties to the corrupt High Council. Simon Viccars is sexy and like no man she’s ever met. But he’s been trapped on the island for 400 years and is willing to do almost anything for his freedom.

With the forces of the island conspiring against her, Ella must risk her father, her heart, and her life on love.

GUEST POST:
“Why I Write Romance”
I write commercial fiction.  Paranormal romance.  At times I catch a look, a smirk, an “Oh, really,” when I announce that fact.  I suppose that some people want to ask me, “Well, why don’t you write real literature, you know, like what they made us read in school? Why do you write romance?”
As if they think there’s something wrong with writing romance.
And I know what they mean.
Years ago, romance was equated with bodice ripping, sweat dripping, sex crazed stories that mostly women read and never admitted to reading, and I might add, always felt guilty about reading because . . . perhaps, they were under the delusion that everyone else was reading more high browed literature.
Now, don’t get me wrong, my favorite novel of all time is Wuthering Heights.  I adore Jane Eyre.  And I aman American Lit major.  Plus I’ve read every Shakespearean play.  Well, almost.  But, still I appreciate and even applaud the fact that people enjoy commercial fiction.
Never more so than today.  Or so I thought . . .
Which leads me to share what I discovered a few months ago, approximately six months ago, when Anne Trubek, author of A Skeptic’s Guide to Writers’ Houses published an essay in the New York Times Book Review called, “What Muncie Read.”
What she wrote in that article will shock you!
Maybe she had an axe to grind.  Maybe she wanted to prove that all the high brows in today’s society (who bemoan the fact that the readers of today read too much fluff and can’t compare with the readers of, say, 100 years ago who supposedly read pure literature) were dead wrong.
Anne Trubek has evidence to support her claim.
It seems that Frank Felsenstein, a historian at Ball State University, discovered several unmarked boxes on a shelf in the Muncie Public Library—crumbling ledgers and notebooks—which identified every book checked out of the library from November 1891 to December 1902.
Felsenstein and colleagues began cataloguing the records.  What emerged is now considered “one of the few authoritative records of American reading.”
So what were Americans reading at the turn of the century?
Great literature?
I have to admit that I wanted to know because I had sold my first novel, and it was not a great work of literature.  Wild Point Island is commercial fiction, a paranormal Romance, and I needed justification.  Even though the reader reviews were calling it a page-turner, I couldn’t help but wonder if my book had been published back in 1891, would it have fared well among the population of Muncie, Indiana?
Overall, here are ten startling statistics from the records:
1.  Fiction was preferred over non-fiction, accounting for 92% of the books read in 1903.
2.  Women read romances.
3.  Kids read pulp fiction.
4.  White-collar workers read mass-market titles.
5.  The most popular author read during that time period was Horatio Alger, famous for his rags to riches novels.  Five percent of all books checked out were by him, which meant that the readers back then preferred feel good, happy ending stories.   (Since 50% of books sold today are romance novels, I guess not so much has changed.)
6.  Louisa May Alcott is the only author who was widely read back then who can be considered both literary and popular.  Her novel Little Men was more popular than Little Women because both boys and girls read it.  The other authors who were most often checked out are today unknowns.
7.  Comparatively speaking: the number of times an author was checked out:
Charles Dickens: 672 times
Walter Scott: 651 times
Shakespeare: 201 times
Francis Marion Crawford (novels set in Italy and the Orient): 2,120 times (Would the Muncie townspeople have enjoyed a novel set on a mythical island off the coast of North Carolina like Wild Point Island?  Maybe.)
Henry James’ longer novels: 0 times
Walt Whitman’s poetry: 0 times
Mark Twain, The Adventures of Huckleberry Finn: 149 times (even though it was banned in some libraries back then)
8.  Some other books were banned from the Muncie library including Karl Marx and Stephen Crane’s Maggie: A Girl of the Streets.
9.  Blue-collar workers were slightly more likely to check out the so-called “classics” because the white-collar workers already had them in their houses.
10.  As to whether people had more time to read in those days, in the 1920’s the Lynds, authors of “Middletown: A Study in American Culture,”surveyed business-class women about reading: “I would read if only I had the energy and quiet,” one said.  “I just read magazines in my scraps of time,” the other said.
Some things never change.  People still complain today about the lack of time to relax and do the things they want to do.
My conclusion:  The people of Muncie, Indiana, were remarkably like the people of today.  They enjoyed reading commercial fiction—romance.
If I lived at the turn of the century and were a writer, my novel Wild Point Island would have done just fine.
Well, in all honestly, it probably would have suffered the same fate as Maggie: A Girl of the Streets and been banned from the library altogether.
If you’re interested in seeing for yourself the records that Felsenstein and his colleagues catalogued, be my guest and log onto:  http://whatmiddletownread.wordpress.com/ 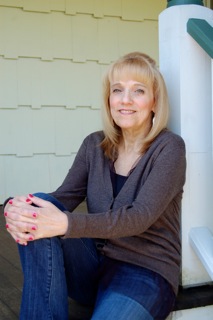 Kate Lutter believes she was born to write. She wrote her first novel when she was in eighth grade, but then almost burned her house down when she tried to incinerate her story in the garbage can because she couldn’t get the plot to turn out right. Now, many years later, she lives in NJ with her husband and five cats (no matches in sight) and spends her days writing contemporary paranormal romances, traveling the world, and hanging out with her four wild sisters. She is happy to report that her debut novel, Wild Point Island, the first in a series, has just been published by Crescent Moon Press. She is busy writing the sequel and her weekly travel blog entitled Hot Blogging with Chuck, which features her very snarky and rascally almost famous cat. 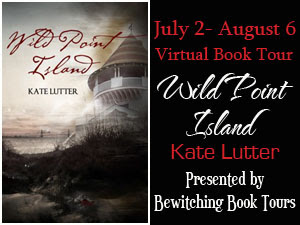 email
msrheinlander@gmail.com
follow me
← #Book Review: All He Saw Was The Girl by Peter Leonard Guest Post: What Is A Vampire? by Meredith Allard →