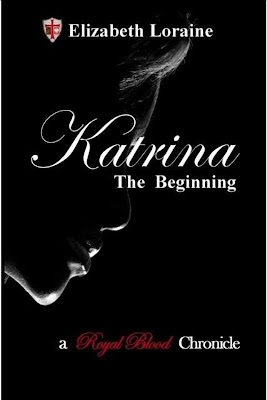 As a Vampire being hunted was nothing new. Finding out that I had to save those that were hunting us was!

Katrina, a young royal blooded vampire, chronicles her life from the age of seventeen beginning in the 1800’s forward in the series Royal Blood Chronicles.

Katrina is thrust into something she never could have imagined growing up in the aristocracy of Europe. Once the fashion of the day, and girlish gossip filled Katrina and her new friends days, but their lives changed the instant their race was threatened and they were chosen as the Five, and the protectors of not only the vampire race, but all the peaceful races of the world!

If you are looking for a new, exciting vampire series, with strong female characters you’ve found it in Royal Blood Chronicles. It starts here with Katrina, The Beginning!

Romance and the Vampire Legend

Vampires have been romanticized since the very first books about them where written. What is it about the vampire that makes them so irresistible?

I’ve been fascinated with them since I was very young. I remember rushing home after school to watch Dark Shadows, and I have been watching every kind of vampire movie, and reading every book since then.

For me it’s the power, and the mystery surrounding them. Of course a handsome, mesmerizing stranger is nothing new to the romance genre is it?

After reading so many of the same kind of vampire novels lately, I became weary of the same story of high school dramas so I decided that there had to be more. Where had these vampires come from? The history and romance of bygone days was something that I longed for. To know their past so I could understand the characters in modern times. With nothing available I decided that I would write something myself.

My female characters are all from Royal European families, another thing that fascinated me. There they would be protected, had power, money and privilege, but they’re strong, stronger than they ever thought possible. They’re not waiting to be saved; they’re the ones saving everyone as the Five. Five eighteen year old Royal blooded vampires, from an ancient race of not undead monsters, but born. A peaceful race amongst others hiding in plain sight, living and protecting the other peaceful races. It’s a story of love, trust, betrayal and triumph.

If you’re looking for something new in romance, I hope you will try Royal Blood Chronicles. It’s not about vampirism, but about coming of age, and the hard choices that have to be made by five girls in order to save us all. 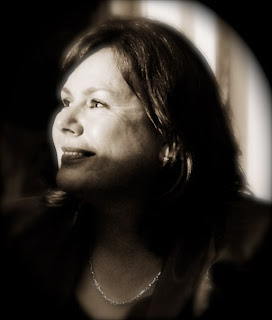 ABOUT THE AUTHOR:
I grew up in a small northern Minnesotan town married my high school sweetheart, had two beautiful children and as soon as we could we moved to a warmer climate. I have worked with my husband building and decorating custom homes for years. After loving every kind of vampire book, movie and series I decided that I wanted to know more. I can write a book I thought, how hard can that be? Well…. But I stuck to it and finished my first book Royal Blood Chronicles Book One in August 2009. I now have six books in the series and am about to release book two of my new series Phantom Lives. My parents always told me that I could do anything that I wanted, work hard, study and do it right. I believe that and live that way every day.

I started writing this new vampire series for teens and their moms because I myself wanted something different to read. I was tired of all the modern versions of vampire books, there had to be more to these long lived beings. Where had they been what had they seen? I wanted, no I NEEDED to know more so Royal Blood Chronicles was born! As in Royal Blood Chronicles, Phantom Lives features strong female characters and action and adventure mixed with romance, friendship and a historical backdrop. 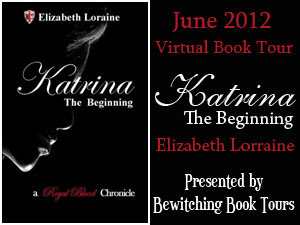