File Size: 586 KB
Print Length: 329 pages
Publisher: Amber Glow Books (October 10, 2011)
Language: English
ISBN: 0615585736
ASIN: B0078PJ8GM
Synopsis:
A powerful woman, an extraordinary man, and a maniac who wants to destroy them. Fate has brought them together, but will it make them stronger or destroy them all in end?

Escape to a world where the impossible becomes possible and sparks ignite.

WHISPER CAPE is a town of secrets and Addison MacKenna soon becomes tangled in a web of them. Plagued with nightmares of her father’s sudden and brutal death, Addie struggles with her anguish and refuses to believe his demise was accidental.
Fighting to shake off one of those devastating early morning nightmares, Addison finds it even harder to escape from the vision of a man lying on the side of the road–a man she may have just killed. When she frantically tries to locate him, he seemingly disappears, just the beginning of strange occurrences in her life. She also cannot ignore the weird sensations in her own body. Suddenly, the impossible seems possible, but is that a blessing or a curse?

Believing that her continual and worsening nightmares are both the key to her own new abilities and the clue to her father’s death, Addie knows she will not rest until she has the answers she craves. As she strives to cope with her new remarkable talents, someone else learns of her abilities–a disgruntled maniacal psychopath with his own agenda that involves eliminating Addie. The only one who can protect her, instruct her in the use of her powers and teach her how to destroy the murderous monster is the same man who makes Addie’s heart race and her blood heat with passion. The same man she’d left for dead.

Cael Sheridan may be arrogant and mysterious but he’s also undeniably gorgeous. A member of a secret society, he is sworn to protect the woman he believes to be the daughter of his recently murdered mentor. In the process, he finds it impossible to resist her magnetic sensuality, complicating his efforts to shield and guide her as she learns to manage her newly acquired skills. At the same time, Addison has much to teach him about trust and commitment. Fate has brought them together, but will it make them stronger or destroy them both in end?

GUEST POST:
What type of research goes into writing a Paranormal novel??
When I first saw this question, I had a simple four-word answer: A lot of imagination.
Oh, you wanted more? Maybe I should add in good drugs and alcohol. Just kidding. But seriously, it takes a great deal of thought to make it all come together and yes a bit of research is always helpful. Like what to call a particular ability? There is a wealth of information on the internet. In fact, there are so many I’ll save you the trouble of looking some of them up and explain a few that I used in Whisper Cape.
1.  Pyrokinesis– The ability to ignite or throw fire with one’s mind through limbs or fingers.
2.  Telekinesis  – The ability to move or manipulate objects with the mind.
3.  Teleporting – The ability to transport instantly from one place to another.
4.  Telepathy – The ability to communicate with another through mind waves.
5.  Clairaudience or Aparition – The ability to hear information passed from the dead or in other words, a ghostly appearance.
6.  Precognition – The ability to foresee events.
7.  Bilocation – The ability to be in two places or bodies at the same time.
8.  Morphing – The ability to change form or appearance through a seamless transition.
9.  Mind alteration – The ability to compel or change someone’s memory or thought.
10. Virtual illusions – The ability to project another into a situation, occurring only their mind.
Of course, all of these abilities are present somewhere in Whisper Cape, but not all of them are labeled as such. I could go on and tell you who has what ability, but then I wouldn’t want to ruin the story.
I must admit though, while writing most of WC, I had no clue that these abilities actually had specific names. I wrote the book, describing each ability and how characters used them or learned to use them in a particular scene but it wasn’t until several months later that I realized they had names and maybe I should do some research on some of them. I was pleasantly surprised to find out that I had everything, most everything, correct except for the name on a few of them. There may be other definitions or different ones, but considering it is all fiction, I don’t suppose it really matters.
I think I spent more time researching the Oregon coast as the location for the story than I did researching paranormal abilities. 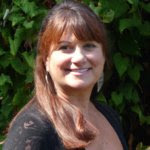 ABOUT THE AUTHOR:
Regan Walsh was born in a small town in Pennsylvania. She enjoys writing about characters living in small quaint towns and tends to lean toward the unusual and spooky elements. Today, she lives in Northern California with her very romantic husband, her small yippy dog, and humungous black cat. Her family consists of his and her children: four wonderful sons and one beautiful daughter, six grandchildren and another on the way. Her greatest love in life is her family and those large and ever growing holiday dinners. When not writing, Regan enjoys traveling. Hates running, but does it once in a while. Reading and writing are her favorite pastimes.

Disclosure: This Guest Post was provided by the Author as a part of the Book Trailer Showcase Book Tours. This is NOT a compensated post.
Kindle
Print
Audio Book
Apple eBook