Special thanks to JD Brown for guest posting today!! Check out her book Dark Heirloom… 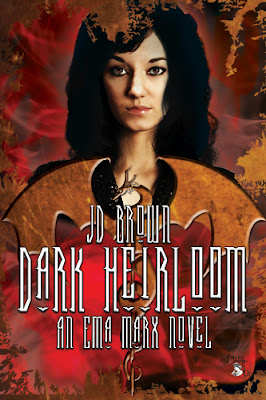 
“You’re a vampire” is so not what Ema Marx wants to hear when she wakes from a two-day coma in a cryptic yet exquisite castle in northern Finland. Unfortunately, it explains a lot. Like why she’s able to see in the dark and walk through solid objects. What she doesn’t understand is why the other vampires expect her to have all the answers. It’s their fault she turned into one of them…right?

Jalmari’s hatred for his old-man intensifies when he’s ordered to bring that troublesome girl to their castle. He has a clan to run; there’s no time for babysitting newborn vampires no matter how they were converted to their culture. But when a two-thousand-year-old premonition threatens to take the crown and his life, Jalmari sees no other choice than to take out the catalyst, Ema Marx. Fortunately for Ema, she could also be the clan’s only savior.

The race to figure out her vampiric origins is on. And maybe she’ll get the hang of the blood-drinking gig along the way…

Mankind has never been alone on this planet. As humans evolved from ape, so too did another species – nephilim, man’s nocturnal, carnivorous cousin. The two species met and resulted in cases of human-nephilim hybrid offspring that would later become what man call vampires.

However, the origin of the nephilim was lost before written history as their aggressive behavior led to their eventual extinction. But their offspring lived on. Led by a fearless king, they built a world that dominated over the humans. They impersonated the gods and were worships as such with gifts of blood sacrifice.

But the vampire king was too greedy and too merciless, even to his own kin, and they plotted his dismiss. After his death, the vampire nation drifted into the shadows until it was eventually forgotten and coined a myth. Ema Marx never saw them coming.

The above is a little insight to my world of vampires and the foundation for which I have built my novel, Dark Heirloom. As you can imagine, I love ancient history. I’ve always been fascinated with the ancient god and mythos. I love thinking about how paranormal beings could fit into our history, where they’d come from, and what type of history of their own would they have? It’s not very difficult to find holes in our history where the paranormal fit right in like a missing puzzle piece.

Sure, I know it’s fiction, but it’s fun to think about, and it’s something I’ve always wanted to explore further whenever I read a good urban fantasy or paranormal romance. I love the diversity of vampires most of all, especially when they can be thought of as a living, breathing species, as in the case of my vampire characters in Dark Heirloom, or, as another example, like the vampires from J.R. Ward’s The Back Dagger Brotherhood, or even the vampires from Melissa De La Cruz’s YA series Blue Bloods.

My readers get to go on a journey with Ema and discover this dark hidden reality that isn’t too far past their own back yards. It’s a wild ride with an alternate history brought to light in modern day and sure to make you think “What if…?” just as I did. 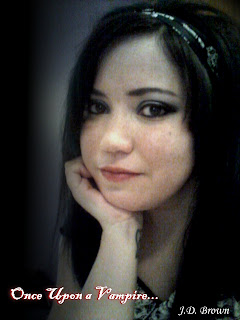 J.D. Brown graduated from the International Academy of Design and Technology with a Bachelor Degree in Fine Arts. She currently lives in Wisconsin with her two Pomeranians. Growing up in the suburbs of Chicago, her writing is influenced by the multicultural urban society of her youth which she continues to visit each summer. J.D. loves paranormal characters; from vampires and werewolves, demons and angels, to witches and ghosts. Her writings are often a combination of suspense and romance. J.D. enjoys helping and promoting her fellow writers and leads an active life on the web. She also writes erotic romance for the MuseItHOT division under the pen name Danielle Ravencraft. 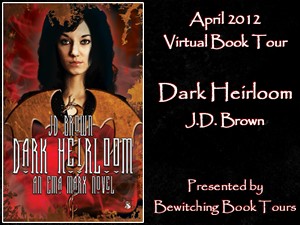