Authors That Have Inspired Me

The authors that have inspired me stimulated my imagination by telling stories that lifted me from the world I lived in and introduced me to people and places that I knew nothing about. Most of all, they knew how to tell stories that pulled me in, engaged me, brought me back, and have remained with me. Each of them told stories about people — all kinds of people — in fascinating and unimaginable places. If I told you about all the writers who have inspired — and continue to inspire me — this would be a book, and not a blog post, so I’ll stick with a few of the ones who have had the most influence on me and on my writing

The first there was Edgar Rice Burroughs of Tarzan fame, who also wrote adventure novels about Mars and a man named John Carter of Virginia, who was magically transported there when he stood in his front yard with his arms raised toward the planet Mars. The first Mars book I read, I was hooked, and read all eleven of them. Soon our neighbors saw me standing in our front yard at night, looking up into the sky to find Mars, then, just like John Carter, standing with my arms raised toward Mars hoping that I would soon be transported there. (I quit doing that when the thought hit me: “What if I couldn’t get back?”)

The second was Luise Mühlbach (the pen name of Clara Mundt, 1814 Neubrandenburg – 1873, a German writer wrote popular romantic fiction about the crowned heads of Europe and other famous people in the 19th Century. My mother inherited all twenty-two of her books, and I read each one at least twice. What a world that was!

Then there was John Hersey’s “Hiroshima” , which arrived via the Book of the Month Club. I read it in one sitting, and have never been able to forget any of the images he describes in it, and I discovered the power of words to paint verbal pictures of reality in a way I had never seen it done. The late great Stieg Larsson writes with that kind of descriptive power and clarity in his “Millennium Trilogy”.

Later, along came the Cretan Nikos Kazantzakis, author of “Zorba the Greek” and other novels, with his powerful language, characters and dynamism. Then a writer friend gave me a copy of Gabriel Garcia Marquez’s “One Hundred Years of Solitude” and I discovered the world of magic realism, in which ordinary events and characters are mixed with elements of myth and fantasy, and I was hooked.

Today my favorite writers include J. K. Rowling and Haruki Murakami, both of whom include magic and myth in their writing. Murakami’s “1Q84”, “Kafka on The Shore” and “Hard Boiled Underworld and The End of The World” are so filled with fantasy and mythic elements that it is hard to know what is real, what seems real, and what is not.

The key to all these authors and, I hope my own writing, is that their work is anchored in first class story telling and strong, believable characters. They also have a deep sense of compassion for the people they write about. All of their characters are believable and real, and I like that.

In most of what I write today, myth and magic play a part. That is true of my novella The Old Man and The Monkey (who is the old monkey?), more so in “Bear”, my children’s series about a boy named Andy and his big, bearlike dog, and even more so in “The City Has Many Faces”, a novel about Mexico City that I am now writing, because it fits with the city’s ancient history and culture. But in the novel after that one, about a fictional Tokyo artist who, as an eight-year-old boy survived the Tokyo firebombings of March, 1945 and became a well-known artist, it will not be present, as the story calls for compassionate realism. 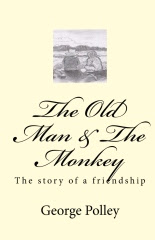 The Old Man and The Monkey
Author: George Polley
Genre: Adventure, Inspirational, Legend
Publisher: Taylor Street Publishing
ISBN: 9781451543773
ASIN: B003T0GJ4E
Number of pages: 60
Word Count: 7,267
Synopsis:
The Old Man and The Monkey is about a village elder in Japan and the large monkey who became his friend over the last five years of his life. Since the villagers don’t like monkeys, none of them approve of the friendship between the old man Genjiro Yamada and Yukitaro (“snow monkey” in Japanese).

But Genjiro refuses to give up the friendship, even when his wife objects to it. After all, monkeys are nuisances and thieves. But over time, both Genjiro’s wife and the villagers come to grudgingly accept him, especially when, on several occasions, they receive a special blessing from him.

‘The Old Man & The Monkey’ is a stunningly beautiful story of a relationship which develops between an old man and a creature which is regarded as a dangerous pest in Japan, a snow monkey, in George Polley’s moving allegory of dignity in the face of prejudice and racism. 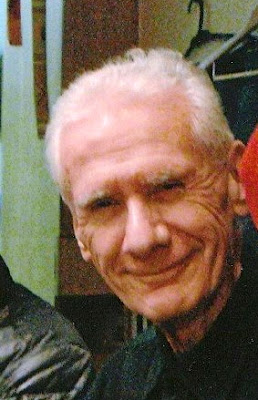 George Polley was born in Santa Barbara, California and raised in Seattle, Washington. He has lived in California (Berkeley and Stockton), Illinois (Cooks Mills and Villa Grove), Minnesota (Luverne, Marshal and Minneapolis), and from 1984 until early in 2008, in Seattle, when he and his wife moved to Sapporo, Japan so that she could fulfill her dream of returning to the land of her birth.

He has also authored several booklets in the mental health field, two of them co-authored with Ana Dvoredsky, M.D. in 2007.

George’s e-book ‘The Old Man & The Monkey’ poses one of the most elegant and powerful arguments against racism of all time, and his ‘Grandfather & The Raven’ argues equally compellingly against violence in all its forms. 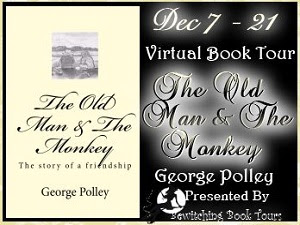 Disclosure: This information was provided by the author as a part of Bewitching Book Tours. This is not a compensated post.