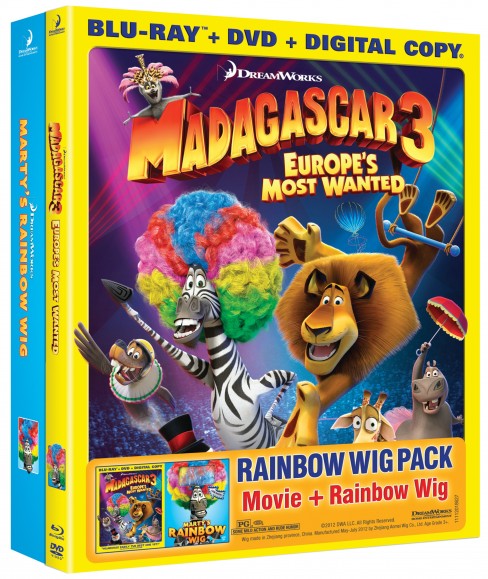 All of your favorite zoosters are back as Marty, Alex, Gloria and Melman make their way back home to New York City by joining a traveling circus to blend in as they cross Europe.  But a pesky French animal control officer and their new circus friends create hilarious European adventure unlike anything you’ve ever seen.  Featuring a sensational, all-star cast of voice talent including Ben Stiller, Chris Rock, David Schwimmer, Jada Pinkett Smith, Sacha Baron Cohen, Cedric the Entertainer, Martin Short, Bryan Cranston, Jessica Chastain and Frances McDormand, MADAGASCAR 3: EUROPE’S MOST WANTED delivers hysterical entertainment that the whole family can enjoy.

The MADAGASCAR 3: EUROPE’S MOST WANTED Blu-ray + DVD + Digital Copy Pack with UltraViolet™ includes not only the hit movie, but also loads of behind-the-scenes footage and interactive fun, PLUS a DreamWorks Animation first: a real rainbow wig that lets viewers get in on the act!  MADAGASCAR 3: EUROPE’S MOST WANTED will also be available in a Blu-ray 3D + Blu-ray + DVD + Digital Copy Pack with UltraViolet  for the ultimate home viewing experience, as well as in a single-disc DVD. 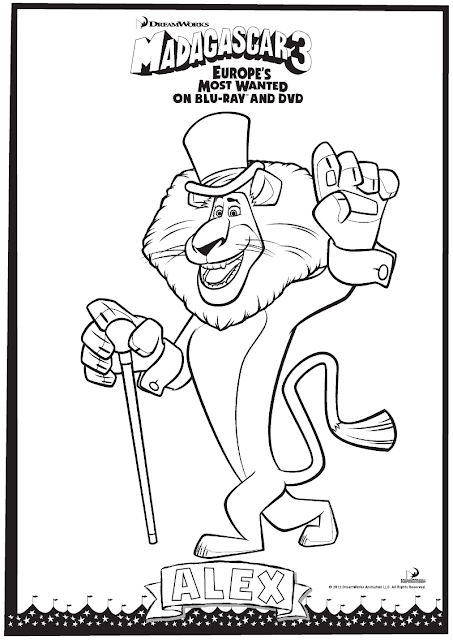 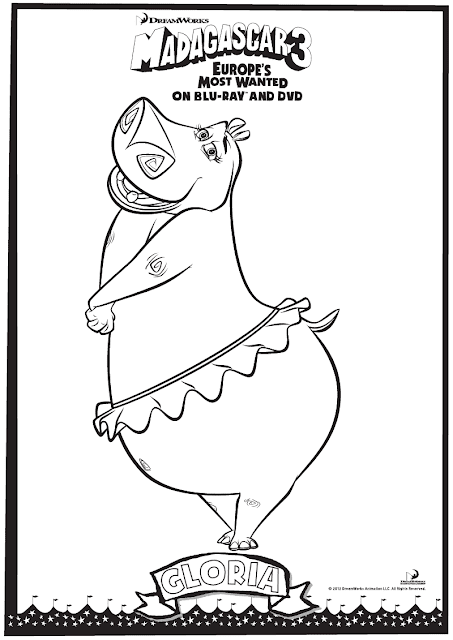 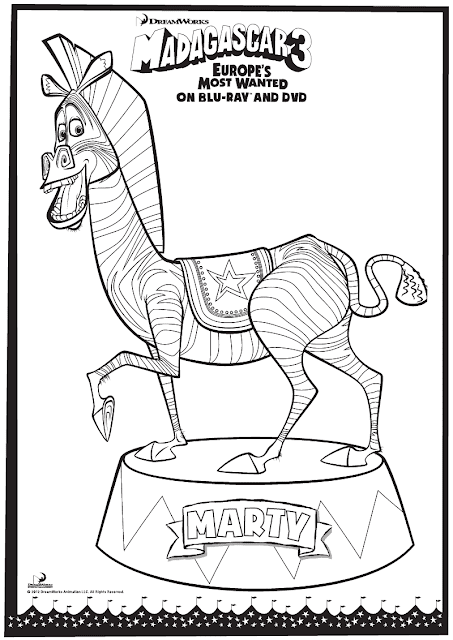 MY THOUGHTS:
We are such HUGE fan of the Madagascar series!! This installment lives up to all the hype!! It is hilarious and super entertaining. You just can’t beat Chris Rock as Marty singing Circle Circle Dot Dot… and then be ready to have your little one singing that over and over and then over again ;). I… WE highly recommend this installment of Madagascar and look forward to more movies in this series!! We give it two thumbs up!!

Disclosure:  I received this DVD & Wig Out combo   for review purposes only. I was not compensated to write a positive or favorable review. This is Keeping Up With The Rheinlander’s personal opinion.
Kindle
Print
Audio Book
Apple eBook