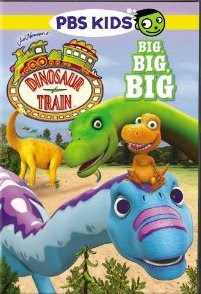 MY THOUGHTS:
My little monkey just loves watching the Dinosaur Train series. I personally love the lessons and morals that this series teaches. She is a little too young to understand the lessons but eventually they will resonate with her!! Alex is always asking to watch the Dinosaurs!! It is super cute for the whole family to enjoy. We definitely recommend the Dinosaur Train Big Big Big and the entire series!!

Disclosure: I received this DVD  for review purposes only. I was not compensated to write a positive or favorable review. This is Keeping Up With The Rheinlander’s personal opinion.
Kindle
Print
Audio Book
Apple eBook