Life, Books & Loves had the opportunity to sit and chat with Pixar Visual Development Artist Ana Ramirez. Ana worked on Disney•Pixar’s Coco– out on November 22nd. As well as working on the film as an artist, she also illustrated the “Coco” inspired book Miguel and the Grand Harmony.

I spoke with her about her experience working on the film and how growing up in Mexico helped when making the movie.

LBL – The film was absolutely stunning. Growing up in South Texas, as a Latina, and seeing the integration of the Mexican culture in a Disney Pixar film was wonderful! Did you have any input as far as the aspects of the culture in the storyline?

Ana –  I was able to give some of my input on that – one hundred percent! Pixar is very inclusive as a studio, and I know it sounds like a big studio, but once you’re there, it’s not. Especially when you’re on a project. I think in total, we’re about 1,200 employees, but that includes HR, Software Engineering, and other departments that aren’t as involved in the making of each film. And there’s a few projects going at the same time. So, really, the crew for one team is not that big. We get a lot of one-on-one time with the director and the producers, especially in the art department. Story as well, and animation, I think we’re very close and work closely with the director. I was on the film very early on.  I started back in 2013 as an intern. Then they found out I was from Guanajuato—they didn’t even know I was Mexican when I got the internship. And Guanajuato very heavily influenced the Land of the Dead. Later on [I found out], Miguel’s family are shoemakers—and my Dad’s a shoemaker! Cause that’s the main industry in Guanajuato. I was very impressed – I was like “This is a story about my life!” But because of things like that, all the coincidences, I was able to get more exposure as an artist and also able to contribute more than I would’ve otherwise. The producer and the director made it a point to ask me to join the cultural consultant meetings, and the production designers always would say, “Tell us if there’s something we’re not doing right.” Sometimes going to the consultants might take longer than if someone just catches it before it goes out. I felt like I had more responsibility and pressure in a way because I wanted to make my country proud and I couldn’t let anything slip through the cracks. Ultimately, it was all teamwork, and everyone was so diligent about their research in a very respectful and culturally accurate way, but I was able to help out as well.

LBL – One thing I did notice were the Dia De Los Muertos skulls incorporated in the architecture throughout the Land of the Dead. Did you have a say in that and how were those thought into the design concept?

Ana – I worked on a lot of that, too. So, Harley Jessup, he’s a production designer, he was in charge of all the visuals of the film. He supervises everything that all the art department does, everything the technical teams do, everything the animators come up with in terms of design.  He and I worked very closely because he’s the one who recruited me for Pixar, and we happen to have similar sensibilities. He would give me assignments of designing different things for set dressing. Someone would design the big picture set, and I would dress it. I come up with ideas of stands in Mexico – like gorditas, and fruta picada and papel picado-paper flowers. Since the Land of the Dead is based in Guanajuato, I got to do a lot of that. He pushed to design with skull motifs – so we studied architecture and designing lamps, railings, manholes for the Land of the Dead. He came up with the idea for the skulls and then [the art department did it based on his suggestion] – I did a lot of it and I think I did the most of it.  Then I got this mural project where I made a lot of skull inspired paintings for the walls.

LBL – You also illustrated a children’s book! How was that different from the drawings you did for the film?

Ana – That was a little tough, honestly. Even though I work traditionally in 2D and on paper, for all the designs, they end up being designed for 3D. So, when you draw those, it’s always kept in mind. It was a little tough to take those characters and stylize them again and make them look flat and 2D. I was used to seeing them in 3D, and I didn’t know how to make them not look like that anymore.  I went back and studied the concept drawings and sketches from early on in the research at the very beginning before we knew what the film would be about. So, I used those for inspiration.  Then I added my pass and take on it.  I wanted it to be very stylized and flat. I don’t draw very technical, I love the idea of drawings being more expressive than technically good, and I wanted to convey that.

LBL – It all comes back to family.

It was a pleasure getting to speak with Ana. I was able to stay for a presentation on the film and watching her speak was inspiring. Be on the lookout for the review here on Life, Books and Loves, and please be sure to catch Disney•Pixar’s Coco – in theatres November 22nd. 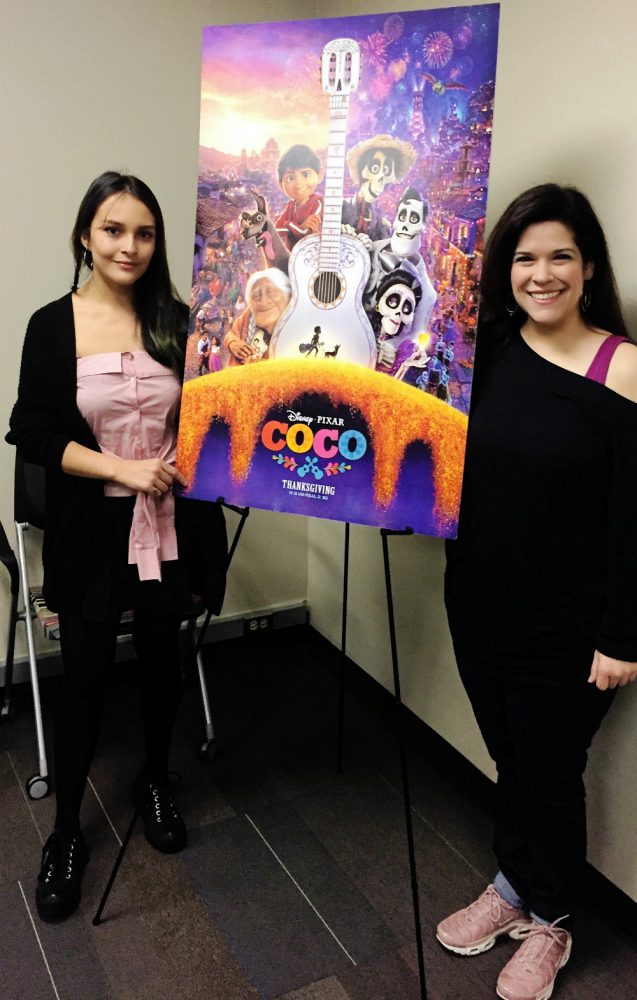 Ana Ramirez joined Pixar Animation Studios as an intern in 2013. After completing
schooling at California Institute of Arts (CalArts), Ramirez returned to Pixar in 2015
as a full-time sketch artist. She is currently working on Disney•Pixar’s upcoming
feature film, “Coco,” set to release on November 22 nd . As a sketch artist Ramirez
works with the art departments to help develop the visual look of a film’s
characters, set dressings, graphics, shading and overall color.
Prior to Pixar, Ramirez worked freelance for Google, Dreamworks TV and Jib Jab, as
well as FOX. Raised in Guanajuato, México, Ramirez’s primary schooling took place
in Mexico and a short period in the United States. After high school, she moved to
France to attend ESMA Montpellier art school, and then returned to the States to
study at CalArts where she earned a Bachelor of Fine Arts degree in Film and Video.
She currently lives in Oakland, CA. 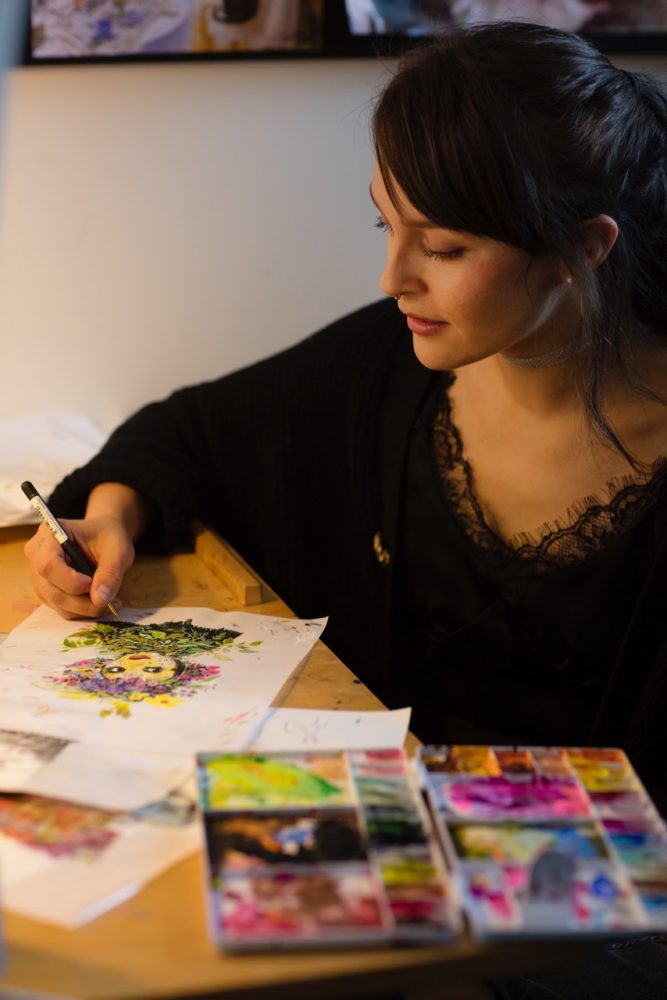