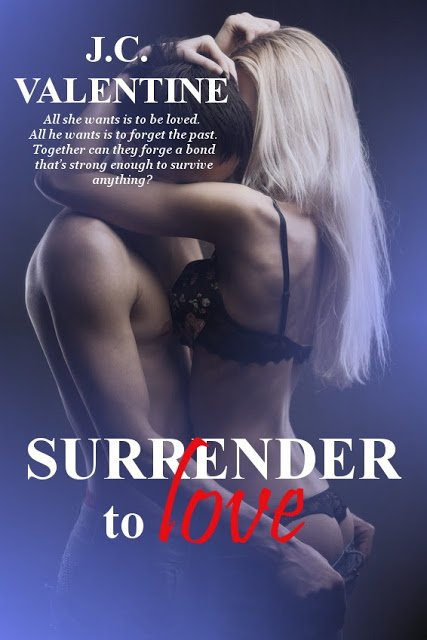 Blurb:
After finding herself out of luck and out of love, Patricia Jacobs has written off the male species. No one but her father has ever given her the love and devotion she knows she deserves, and she’s sick and tired of it. Until she collides, literally, with a man whose devastating smile and seductive charm that should be considered illegal, destroys her plans. He’s everything she’s ever dreamed of in a man: handsome, intelligent, successful, they share a love of cars and best of all; he looks at her like she’s his light in the dark. What more could a girl ask for?

Jonathon Bradford, destroyed by a past that has haunted his every waking moment for the last five years, isn’t looking for a serious relationship, until he meets Patricia. Sweet, saucy and as hot as the summer is long, Jon can’t deny the draw he has toward her. For the first time, he has hope. Determined to shake the ghosts of his past, Jon focuses on forging a future with Patti, but he’s always been a master at standing in his own way.

When Jon’s past refuses to be forgotten, will Patti be able to live with the truth about the man who’s stolen her heart?

EXCERPT
As he stared at her profile, taking in the gentle slope of her nose, the roundness of her cheeks, the curve of her lips as they turned up at the corners, and how they shifted with each new expression, he realized with sudden clarity that his fear had nothing to do with the cars or the speed. It had everything to do with the damage he’d sustained to his mind and soul that night.

He’d made himself into a victim, that’s what everyone told him, but he was only now realizing it. He’d set aside everything that had ever held his interest. He’d cleaved away the one thing he’d ever truly been passionate about like a rotten limb. The severance had left a hollow place inside of him where the painful memories echoed like hungry ghosts.

Watching Patti now, her passion bleeding through in her every move and shout of joy, Jon knew the only way to enjoy life was by living it.

Brandi Salazar lives in the Northwest with her husband, their wild children, and far too many pets. As a university student, she studies literature, which goes well with her dream to become an editor. Brandi entertains a number of hobbies including reading and photography, but her first love is writing fiction-in all its forms.