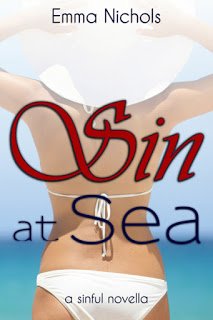 Though I was smiling at him, I had little to say.  There was so much going on in my mind…and thanks to Jolie, having an orgasm wasn’t part of that.  Still, I wasn’t going to turn down the possibility of some amazing guilt-free sex with a hot guy for anything.   Only I wasn’t sure how to gain his attention.  My smile hadn’t worked.  The kiss hadn’t accomplished anything.  What was it going to take to get a man like that to be interested in spending a few meaningless days on a cruise with me?