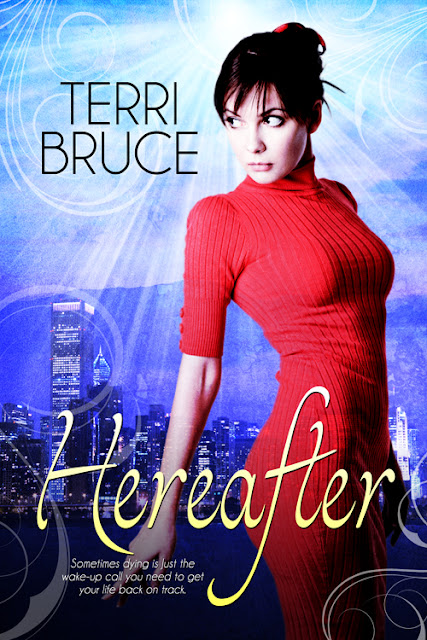 Hereafter
Why let a little thing like dying get in the way of a good time?
Author: Terri Bruce
Publisher: Eternal Press
Publication Date:  August 1, 2012
Number of Pages: 356
Genre: Contemporary Fantasy
Synopsis:
Thirty-six-year-old Irene Dunphy didn’t plan on dying any time soon, but that’s exactly what happens when she makes the mistake of getting behind the wheel after a night bar-hopping with friends. She finds herself stranded on earth as a ghost, where the food has no taste, the alcohol doesn’t get you drunk, and the sex…well, let’s just say “don’t bother.” To make matters worse, the only person who can see her—courtesy of a book he found in his school library—is a fourteen-year-old boy genius obsessed with the afterlife.
This sounds suspiciously like hell to Irene, so she prepares to strike out for the Great Beyond. The only problem is that, while this side has exorcism, ghost repellents, and soul devouring demons, the other side has three-headed hell hounds, final judgment, and eternal torment. If only there was a third option…
Short Excerpt:
A boy appeared in her path. She veered around him and then skidded to a halt. Something about him made her stop. She turned around to look at him and realized he was staring at her, his face a mask of astonishment, his mouth hanging open.
“Hey kid, watch where you’re going!” she said, more surprised than annoyed.
He was maybe fourteen and nearly as tall as her, at that “beanpole” stage, as her grandmother had called it—the tall and scrawny look of one growing too fast. What little of his face visible under a curtain of straw-colored hair was pointed and sharp—cheekbones, chin, and nose. His hair, cut in an asymmetrical bob that left it longer in the front than the back, was parted on the side and hung in his face, concealing his left eye. Somehow, the way one washed-out hazel eye was visible and the other hidden reminded her of Pete, the dog from the Little Rascals.
She realized he hadn’t moved a muscle and was still staring at her gape-mouthed.
“Did you hear me?” she asked.
He gave a little shake of his head, as if he was doing a double take. The motion caused the curtain of hair hanging over his eyes to sway. “Yeeesss,” he said in a slow, cautious, drawn-out way.
“Why are you staring at me?”
“Well, it’s just, because…you know. You’re…” He trailed off.
Irene narrowed her eyes. “I’m what?”
The boy turned beet red and took a step back, giving a hard gulp that made Irene fear he had swallowed his tongue. “Well…dead,” he stuttered. 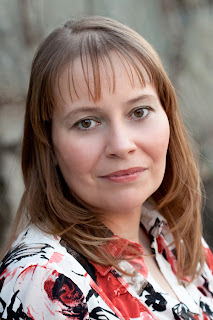 ABOUT THE AUTHOR:
Terri Bruce has been making up adventure stories for as long as she can remember and won her first writing award when she was twelve. Like Anne Shirley, she prefers to make people cry rather than laugh, but is happy if she can do either. She produces fantasy and adventure stories from a haunted house in New England where she lives with her husband and three cats.
Connect with Terri
Website
Facebook
Twitter
Goodreads
GIVEAWAY:
How would you like a $10 Amazon gift card or a swag pack from Terri Bruce?? We she has generously offered 1 – $10 Gifcard and 2 swag packs for 3 lucky winners tour wide!! Just enter on the Rafflecopter entry form below! If you have any questions or concerns about the Rafflecopter form please leave a comment. Good Luck and Thanks for entering.
a Rafflecopter giveaway 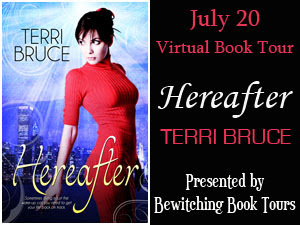 Disclosure: This Cover, Excerpt,  & Giveaway was provided by the Author as a part of the Bewitching Book Tours. This is NOT a compensated post.
Kindle