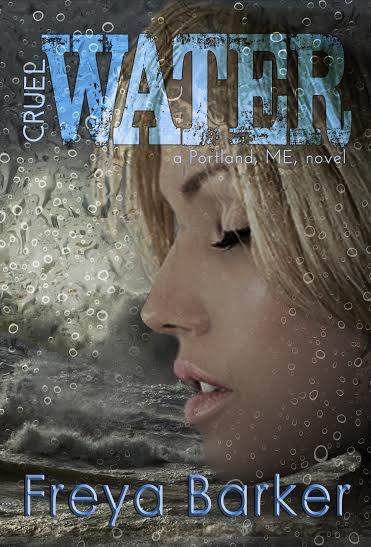 Violation crippled her…
Love left her raw…
The life she carefully rebuilt is challenged when she is confronted with the sins from her past. The carefully applied protection is at once ripped away, leaving her exposed and vulnerable.
Her single night of indulgence with the silver-eyed stranger is only the beginning. He sees right to the heart of her and she is unable to ward off emotions that have been deeply buried. With the sting of betrayal still fresh in her soul, she’s surprised to find herself opening up to the honest integrity of the sharp-eyed, rough-looking biker.
When he lost everyone who mattered, he was left without roots and learned to be content simply living in the moment. Completely unprepared for the feisty blonde bartender with old pain marring her clear-blue eyes, he questions his own rules of detachment, as she unwittingly finds a way under his skin.
Appearances deceive and when the masks fall away, revealing deep, dark secrets, there is nothing left but to hang onto each other and survive the storm.
EXCERPT:
~
The muffled sound of a phone ringing penetrates the remnants of sleep. I try to get up, but find myself pinned to the bed by a heavy body. Right. Slowly the memories of last night filter back: the tall quiet man at the end of the bar who’d spent my shift at “The Skipper” following my movements without a word. Startling grey eyes in a rugged face that I could feel on me by the tingle it spread over my skin. Dark brown long hair skimming the collar of his worn leather jacket and the strong, long legs cased in dark jeans had drawn my attention the moment he walked in. When he lifted his eyes to mine as he took a stool at the bar, the impact of his gaze jarred me. His order of beer was the only time I heard his dark raspy voice. The rest of the night he simply lifted his empty glass for a refill and my normally chatty self seemed unable to try for empty conversation. Tongue-tied. My brothers would have had a blast torturing me with that fact.
–
The man left the bar about half an hour before closing and I’d felt a brief sense of loss before I scolded myself for even giving him a thought. I should know better. And I thought I did, before walking out to cross the parking lot to my apartment building after closing and finding him leaning against the single light post at the end of the alley. Why I wasn’t scared, I don’t know. I should’ve been. Instead I watched with butterflies in my stomach as he purposely stalked toward me, stopping no more than a breath away, forcing me to tilt my head back to look at him. That in itself was a turn on. I’m not exactly short and am used to meeting most people at eye level.
His eyes roamed over my face before coming to rest on my mouth. Part of me wanted to bolt, but another, stronger part of me wanted badly to give into a craving I’ve spent years suppressing. While I was waging this internal battle, his arms folded around me and pulled me hard into his chest. Strong, solid arms banded around me and one hand slipped into the short hair at my neck, fingers curling tight to the point of pain. Still, I didn’t move. The first touch of his lips on mine was brief, and quickly followed by a toe-curling exploration of the recesses of my mouth. A kiss that satisfied a hunger I hadn’t been aware of.
I did have the presence of mind not to take him back to my place. I simply climbed on when he pulled me by the hand to the black and chrome bike at the edge of the lot. Tucked in tight behind his broad back, I let him take me to the La Quinta Inn on Park Avenue.  ~ “Cruel Water”, a Portland, ME, novel — © Freya Barker 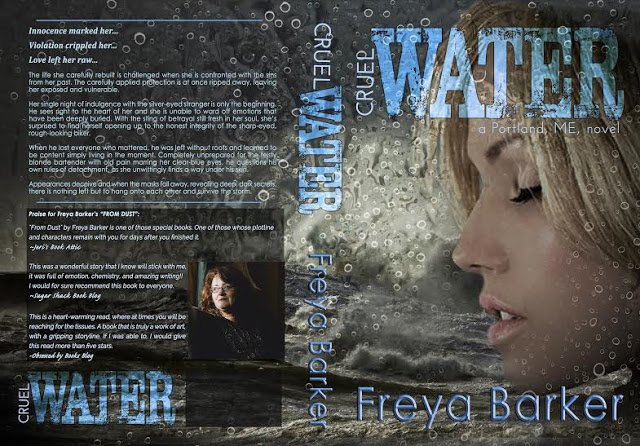