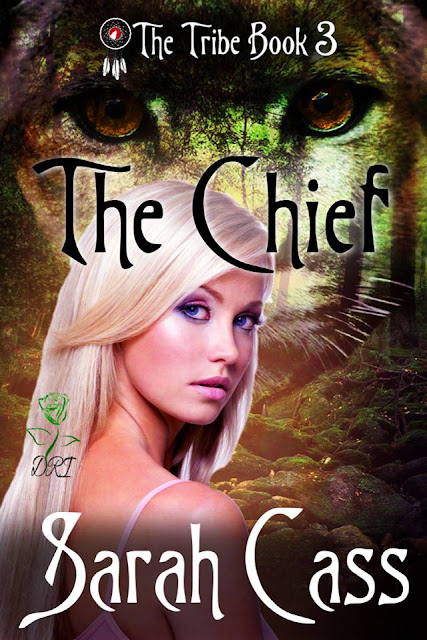 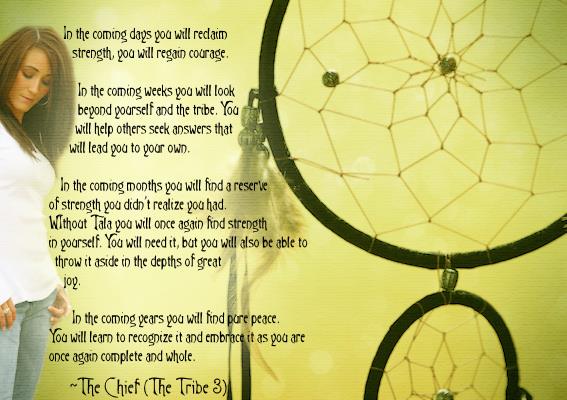 The Tribe is in trouble. Without a strong Chief to guide and support it, the magic is waning. Fractures have formed within the Tribe threatening their very lives.

Being Chief is Reed Longfeather’s birthright. He can’t see past all of the ways they’ve wounded him and his family to accept such a role. His best friend Velli pleads with him to reconsider, but he won’t be swayed. A gift from the Spirits unlike any seen before only half-convinces him where he needs to be.

Noelle Rousseau is one of the last living Fae on the planet. She finds herself on the Tribe’s lands under dire circumstances. Her unique mix of magical lineage, and her draw to Reed surprise everyone, including herself.

Betrayal, loss, insanity, and a battle to the death will decide all of their fates—if they can only get past their own grief.

Reed buried his fingers in his hair. The worst days were always the ones where everything happened at once. This was one of them.

Even now in this vulnerable position he could feel eyes on him. Warriors that would respond to his command, and those that were loyal to Melik. Tribe members judging his movements, determining where they sat along the line of fracture.

Not once had he expected his return to be easy. Alone he might have been able to handle it. Add in the surprise birth, the question of Melik’s role in the event, the heaping amounts of the white world he’d added to the Tribe in a few hours, and of course the complication of a particular white woman. He was surprised he hadn’t died of an aneurysm from the stress.

For just five minutes he wanted to pretend none of it existed.

Maybe Noelle had a point. There was no way he felt any sense of control right then. Not even a little bit.

Years of training had taught him to never give in to such moments of abandon. There wasn’t a time in his life Reed could remember not being in full control of his emotions and reactions.

All the training had primed him for a role as Medicine Man.

Now that was a role he wouldn’t take on. In fact, he had to embrace the role of Chief. A role that required even more control.

Reed could hear the Cougar growl in approval and closed his eyes as the Animal surged forward. It was very possible his eyes were yellow now, but he didn’t care. He focused on Noelle as she continued her humming with a gentle sway to her shoulders.

He stalked toward her, silent as he’d ever been trained to be. The Cougar, despite his impatience, remained restrained.

Noelle didn’t react to his approach until he stood over her. The music faded away with a small gasp as her eyes opened. “Oh.”

Being forward wasn’t his strong suit, and right then he didn’t trust himself to speak. An offer of his hand was the best he could do without something over the top happening.

The standard bright smile she’d worn from day one was nowhere to be found. In its place her lips curved into a simple, quiet, understanding smile that somehow got outweighed by the returned hunger in her gaze. Her hand slipped into his and she let him pull her to her feet.

With a gentle tug he pulled her across the path to what had been his parent’s house. He knew it still sat empty, cleaned weekly by Snowbird herself. It was close, and empty. That was all he could think about when he led Noelle inside.

The moment the door clicked shut, his control snapped. With a loud thump they hit the door, lips locked in a heated embrace. In his head the Cougar growled its approval when her nails cut along his back.

She was the first to break the kiss. Her breath came in ragged rasps as she held him back just enough to keep him from claiming her lips again. “No strings.”

With that, her legs wrapped around his waist and he was lost in her touch. The heat took over; the Cougar came out to play. 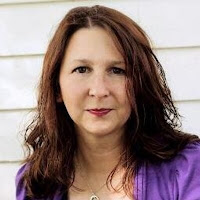 
An ADD tendency leaves her with a variety of interests that include singing, dancing, crafting, cooking, and being a photographer. She fights through the struggles of the day, knowing the battles are her crucible; she may emerge scarred, but always stronger.  The rhythms to her activities drive her words forward, pushing her through the labyrinths of the heart and the nightmares of the mind, driving her to find resolutions to her characters’ problems.


While busy creating worlds and characters as real to her as her own family, she leads an active online life with her blog, Redefining Perfect, which gives a real and sometimes raw glimpse into her life and art.  You can most often find her popping out her 140 characters in Twitter speak, and on Facebook.