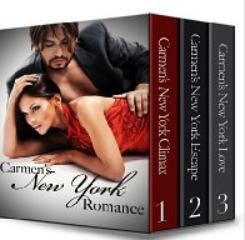 A Case of Mistaken Identity. . .

Young and rich, Kurt Nielsen is New York’s most
eligible bachelor. Except now he can’t even bring himself to talk to a woman.
How could he, after his last girlfriend took him to court? Kurt is still
smarting from the injustice of it all.

Sick of his anger, his friends have bought Kurt
a call girl. What could be better than a high-class hooker to cheer him up? The
working girl will arrive dressed as a hotel maid, with an entire scene
arranged.

Kurt has never paid for sex before and is
uncomfortable with the idea, yet he agrees to meet her at the Hilton. But
things don’t go as planned when he arrives at the hotel two hours early.

Unknown to Kurt, when the maid walks into his
suite, she isn’t his call girl. Carmen is an actual hotel maid, with a host of
secrets and problems of her own. Sex-starved, Carmen simply cannot resist the
carnal magnetic allure of Kurt.

Although they are complete strangers, sexual
need and animal chemistry overwhelms them both. They quickly discover ecstasy
together, again and again and again.

But what will happen when they discover their
mistake?

Carmen worked at the Ritz Carlton where Kurt was staying. Since his friends had hired prostitute for Kurt.. Mistake was make when she showed up to Kurt’s room. He mistakes her for the prostitute. Since she was submissive due to all the abuse, Kurt’s dom side was amazed and taken by Carmen. BUT it was different. They had a connection Right from the moment they laid eyes. Throughout the whole story Kurt helps her. Driven by his desire to have her and take care of her.

Carmen:  At age of 6 was introduced to sex, by brother who represent  their family (Hispanic) as the one in charge. He was Part of Mex mafia alongside her ex-husband Robert Ellis L.A. -Property Mogul. She was taught to be submissive at an early age learning to pleasure her brothers friends  and thought of “sex” as a happy thing. Especially since they would praise her and treat her with candy. Grandma found out and it stopped.

Robert Ellis – ex-husband- LA Property Mogul with lots money  of ties. Although falling in love with this man was not a problem she never realized he would become a possessive assfuck that broke her down into a sex slave. The 1st time she was hit she tried to get away… But his ties with the mafia were too big. They captured her and from that point she was his slave. His Personal Sex slave. He kept her in a box with little food and would use S&M to the fullest for pleasure and kicks.

Kurt:  New York Construction Engineer- Millionaire. Is hiding in his apartment because his ex-wife allergy stated he beat her. Staying low in his room at the Ritz Carlton his friends hire a prostitute to come please him. 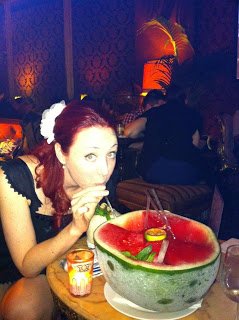 Hey there, I’m Nikki Sex and I
write adult romance and erotica.
Yes, you are of course correct,
that isn’t my real name. I’m a complete coward where my mother is concerned.
The “OMG what would Mom think?” is still sitting right there in the
back of my mind like another conscience (only an extremely prudish one!)
Luckily my mother is in denial. She still thinks I was a virgin when I got
married.
I am
also a sucker for romance and Happy Ever After, so no matter how dark my
stories get, fear not. It always all works out.
Social Links:
Facebook | Website | Twitter | Goodreads Author
GRs  Book: http://www.goodreads.com/book/show/17734206-carmen-s-new-york-climax
Buy Links:
Amazon – Trilogy