Life, Books, & Loves Presents: Burn by Elisabeth Grace!
Author Elisabeth Grace’s conclusion to the Duplicity Duet is here, so are you burning for Marco? 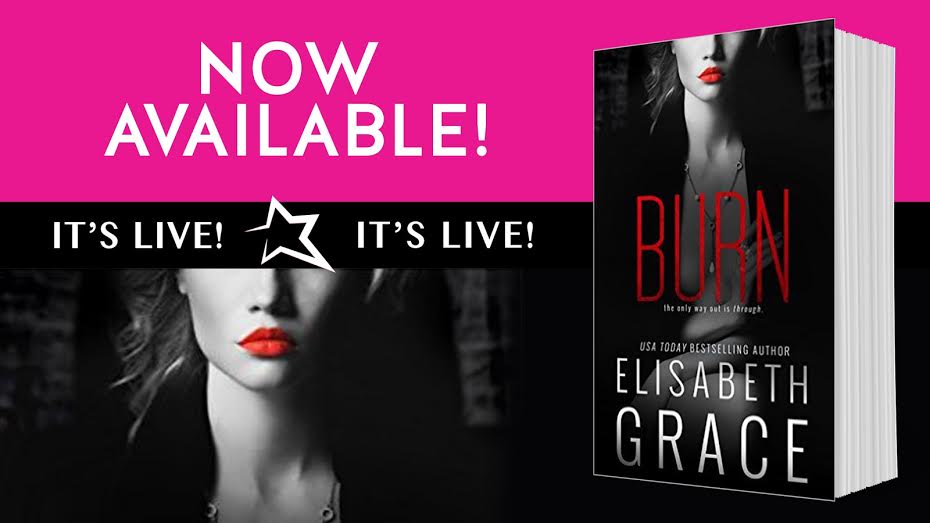 Are you ready for more Marco?
The conclusion to the Duplicity Duet is NOW LIVE!
ON SALE for $2.99 RELEASE WEEK! 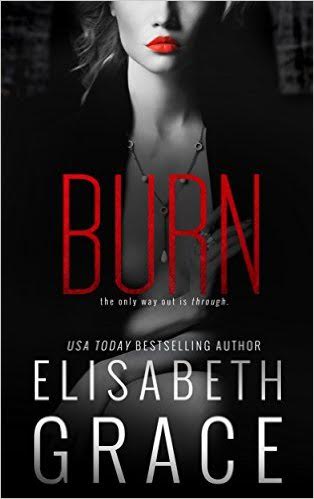 Blurb
One word.
Two letters.
But those two letters changed everything.
It was impossible to predict the impact I would have on the life of the only woman I’d ever truly loved. No way to know that I would result in her ruin.
I’d suffer for eternity with the knowledge that it was me who brought devastation to her doorstep.
Though I deserved the anguish I felt, to see her suffer was unacceptable.
I would fix this.
Somehow I would prove to her that I wasn’t the monster she thought I was.
Even if it meant becoming a monster in order to make that happen. 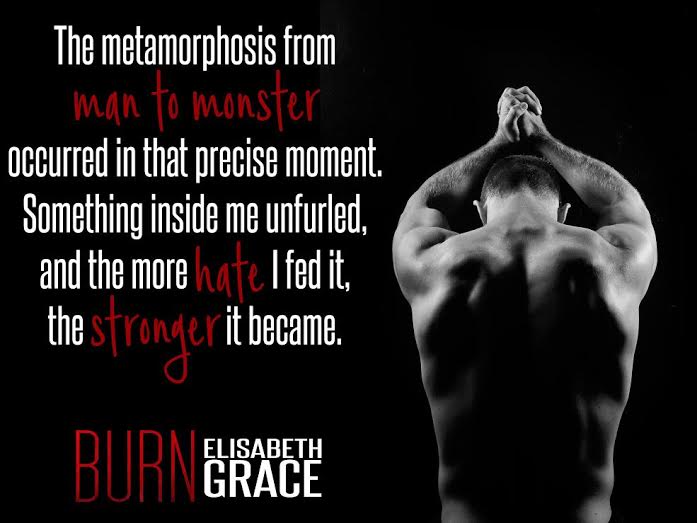 Then the door swung open and there he was. For a brief moment I was taken by his handsome features—his olive skin and pronounced jaw, the sparkle in his dark eyes, his perfect, straight nose. More than anything, it was the pull that remained between us that surprised me. Like I was a planet still circling his sun.
There was a moment when we locked eyes that the gravity of all that had happened wasn’t weighing heavy between us, and it almost caused me to stumble back.
Then, after the moment of intimacy had passed, I was sure I saw dread slip over his expression. I wasn’t going to stay put and find out though.
I wouldn’t be standing on his doorstep begging for whatever scraps of information he deemed worthy of casting my way. No, I was here to demand what he, at the very least, owed me, and I wouldn’t leave until he gave it to me.
“We need to talk.” I pushed past him, careful not to make contact, and bolted down the hallway toward the living room.
“Emily, this isn’t a good time.” Marco’s footsteps followed quickly behind me.
“I don’t care. Put aside whatever it is you’re doing. I want answers.”
I came to an abrupt stop when I stepped into the living/dining area and found Alexa sprawled across the couch like she was a feast ready to be enjoyed.
Her blouse was half unbuttoned, her legs draped over the cushions, causing her skirt to ride up a bit on her thighs, and her lips slightly swollen. Her lipstick had been rubbed off her mouth and onto her skin. She wore a saccharine smile that I wanted to rip off her face.
I crossed my arms over my chest and turned back to Marco. “Oh, I see. Well, pardon me for interrupting.” There was no disguising the venom in my voice.
His tortured gazed darted from me to her and back a few times before he schooled his features and responded. “Can we have this conversation some other time?” he asked, his voice neutral.
“Marco, who’s this?” Alexa purred from behind me.
I spun to address her with a fake smile on my face. “I’m Emily. We met at the art show a few months ago when I was there with Marco. Back when we were still fucking. You can call me Brandi, though.” I turned to lock gazes with him before finishing. “Everyone who knows me intimately does.”
His fists clenched at his sides and his jaw tightened. Good. Some small part of me was pleased that I was still able to elicit a reaction like that from him.
I swung my attention back to the blonde on the couch. “I’m sorry to swing by unannounced like this and interrupt what was obviously going to be a good time for you both. I just need a few minutes with Marco, and then I’ll be out of your hair.”
Alexa’s eyes narrowed on me for a moment, and though she was playing nice with me—probably for Marco’s benefit—it was clear she wasn’t pleased with the interruption.
“Perhaps I should go,” she said.
“No!” Marco said, whip fast. “Emily should be the one to leave.”
Not going to lie.
That stung.
A lot.
No matter that everything between Marco and I had been based on lies, the fact that I was so easily tossed aside smarted.
“I’m not going anywhere until we speak.” I leveled him with a gaze that told him I was serious.
“Why don’t you use my bathroom to freshen up, Alexa? It’s that way through my bedroom.” He pointed toward the room that we’d spent many a night in. “I’ll meet you there in a few minutes.”
A victorious smile crept across her face, and her gaze swung to me as she rose from the couch. She brushed her fingers across Marco’s chest as she passed him. “Don’t be too long.”
He nodded but didn’t spare her a glance as she passed, his gaze still fixed on me.
As soon as the bedroom door closed, I spoke. “Sorry to interrupt your play time, Marco, but you owe me some answers and I’m ready to collect.” 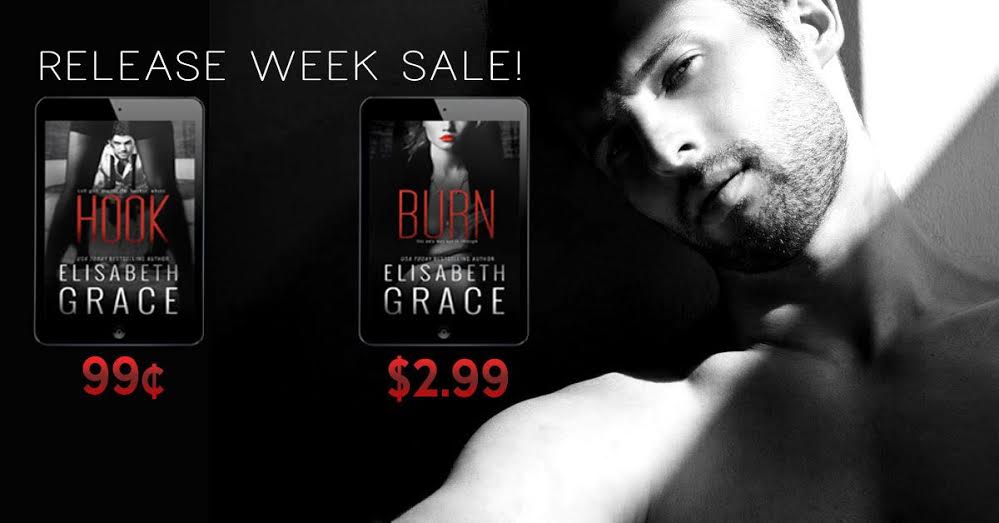 Haven’t met Marco Valenti yet, Now is your chance!
Hook (Book One) 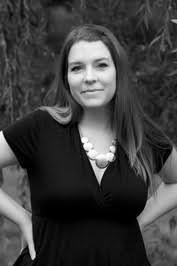 USA Today Bestselling author, Elisabeth Grace, has a soft spot for romance novels with happily ever afters and a hot spot for alpha males! She currently lives outside Toronto, Canada with her hubby and two small children. Life is busy, but never to busy for a good story and to share her love of reading and writing with others.

Disclosure: This information was provided by The Rock Stars of Romance and Elisabeth Grace. This is NOT a compensated post.