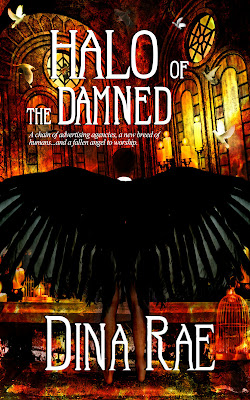 Halo of the Damned

Andel Talistokov is known for his slick advertising agencies across the globe. He is a fallen angel that uses advertising as a weapon for Satan’s work. His growing power emboldens him to break several of Hell’s Commandments. Furious with his arrogance, Satan commands him to return to Hell after finding his own replacement. Yezidism, an ancient angel worshiping religion, quietly expands throughout the West.

Armaros appears as a guest of honor during their ceremonies. He mates with young women to produce nephilim, a mixed race of humans and angels. They are alone and unprepared for their supernatural power. Joanna Easterhouse, a recovering drug addict, steps out of prison shortly after her mother’s fatal accident. She and her sister, Kim, unravel their mother’s secretive past. Intrigued, they learn their bloodline is part of a celestial legacy. Both worlds collide. Halo of the Damned is a horrifying tale that weaves research together with suspenseful twists and turns.”
Halo of the Damned Playlist/Soundtrack

Main Song: Possum Kingdom by the Toadies
The song has such a seductive, evil sound to it that inspired my writing.

Cocaine by Eric Clapton
Main character, Joanna Easterhouse, has addiction problems. Cocaine put her in jail for a couple of years.

She Talks to Angels by Black Crowes
Maria, Joanna’s 6 year old niece, spent a great deal of time with her grandmother. Angels are involved.

One Last Breath by Creed
This song is about suicide. Joanna’s brother, Will, kills himself as a teen.

Halo by Beyonce
The title and the story line has a halo in it.

Like a Prayer by Madonna
Characters pray to Satan and his fallen.

We Belong by Pat Benatar
Great love song that goes with Joanna’s and Tony’s feelings for each other.

Ending song: Free Fallin by Tom Petty and the Heartbreakers
Song resolves many things but leaves openings for the sequel that I’m currently working on. 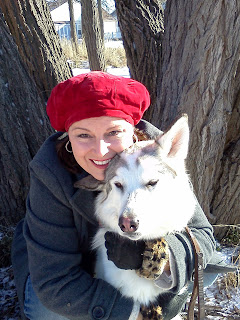 ABOUT THE AUTHOR:
Dina Rae is a new author here to stay. As a former teacher, she brings an academic element to her work. Her two novels, Halo of the Damned and The Last Degree, weave research and suspense throughout the plots.

Dina lives with her husband, two daughters, and two dogs outside of Chicago. She is a Christian, an avid tennis player, movie buff, and self-proclaimed expert on several conspiracy theories. When she is not writing, she is reading novels from her favorite authors Dan Brown, Anne Rice, Brad Thor, Jim Marrs, Alex Jones, C.C. Finlay, and Preston & Childs. 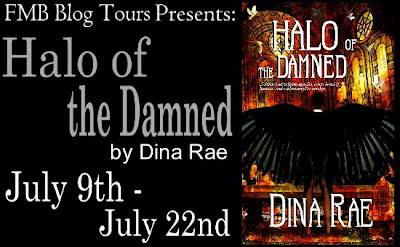 Disclosure: This informational post was provided by the Author as a part of the FMB Blog Tours. This is NOT a compensated post.
Kindle
Print
Audio Book
Apple eBook