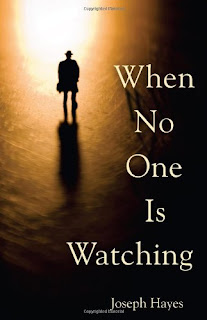 When No One Is Watching

On the eve of announcing his run for Congress, a charismatic Chicago politician causes a deadly accident.
Panicked, he frames his best friend, a good-hearted alcoholic, and flees the scene. As one man tries to pick up the pieces of his shattered life, the other embarks on a meteoric rise to political stardom. But when a dogged detective digs deeper into the case, the political superstar must decide just how far he is willing to go to keep his dark secret. Author Joseph Hayes combines page-turning suspense with a poignant tale of inspiration and redemption as he asks, is “the greater good” just a lie we tell ourselves to justify the sins we commit when no one is watching? 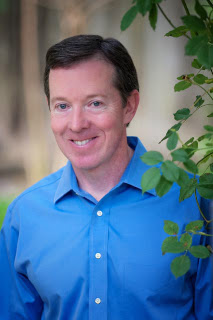 ABOUT THE AUTHOR:
Joseph Hayes is a native of Chicago. He grew up in a family of eight children in the Beverly neighborhood on Chicago’s Far South Side, where the Irish-Catholic heritage and influence was strong and visible. Joe attended St. Barnabas Elementary School, Brother Rice High School and De Paul University before leaving Chicago to attend law school in California, at UC Berkeley. Since graduating from Berkeley, he has practiced law in Chicago, San Diego and Houston. Joe currently serves as chief ethics officer and assistant general counsel for a large, publicly held company based in Houston, Texas, and is widely recognized as one of the foremost experts in his field. In his professional capacity, he has written extensively about legal and ethical issues and frequently speaks about such issues be! fore employee and industry groups. When No One is Watching is his first work of fiction. His second novel, a legal thriller entitled Consequential Damages, is expected to be published soon. Joe currently resides in The Woodlands, Texas, with his wife, Susan, and their three children, Amy, Sean and Erin.

Connect with Joseph Hayes through his website!
MY THOUGHTS:
I thoroughly enjoyed reading this book! I went through a wide range of emotions… shock, anger, fear, and even teared up while reading… which tells me this is an outstanding read!! Hayes does a wonderful job of telling a great story with an even better message that we can all learn from!! What a great debut novel that knocks it out of the park!! I would definitely recommend this book to others and purchase it as a gift!
MY RATING:
♥ ♥ ♥ ♥ ♥ 5/5 Hearts: Outstanding

Check out the rest of Joseph Hayes Book Tour

Disclosure: I received a copy of the book for review purposes only  through Partners In Crime Book Tours. I was not compensated to write a positive or favorable review. This is Keeping Up With The Rheinlander’s personal opinion.
Kindle
Print
Audio Book
Apple eBook