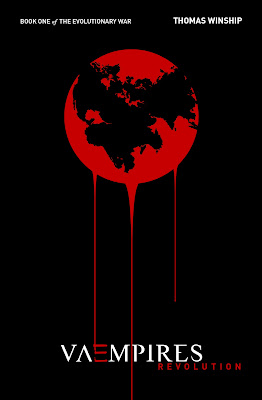 Vaempires Revolution
Book One ~ The Evolutionary War
Author: Thomas Winship
File Size: 202 KB
Print Length: 216 pages
Page Numbers Source ISBN: 1466398647
Publisher: Thomas Winship (October 28, 2011)
Language: English
ASIN: B0060ZO5JG
Synopsis:
It is the morning of Princess Cassandra’s sixteenth birthday. Everyone’s attention is focused on the heir to the vampire throne. World leaders, the rich and famous, and VIPs from every corner of the globe have gathered in the nation’s capital to celebrate the momentous event.
Cassandra’s boyfriend, Daniel, is late for the party. He’s still outside the city when all hell breaks loose. What he believes is an act of terrorism proves to be a full-fledged revolution. Væmpires—former vampires who mutated into warm-blooded creatures with an insatiable hunger for cold blood—have launched coordinated attacks across the globe, with three goals: the eradication of humanity, the enslavement of vampires, and the ascension of væmpires as the dominant species on the planet.

The vampire and human leaders are killed. Cassandra is missing. Daniel is the acting king. Desperate to find the princess, Daniel and his friends fight their way across the besieged city. With the hopes of the free world resting on the shoulders of four vampire teenagers, væmpires unleash their secret weapons: a new breed of væmpire that is far deadlier than any ever seen before.

What can four teens do against an enemy that can shape-shift, fly, and walk through walls? 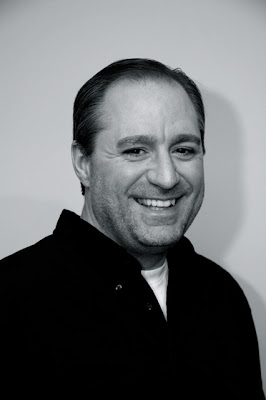 ABOUT THE AUTHOR:
Thomas Winship was born in Middletown, NY and still resides in Orange County. He holds an MBA in Management from St. Thomas Aquinas College, where he serves as an adjunct professor of courses in English Composition, Communications, and Business. He also spent fifteen years working for a global pharmaceutical company, specializing in organizational development, talent management, and training.

Tom writes in his spare time. His first novel, a mystery/legal thriller entitled Temporary Insanity (a.k.a. Case Closed), was a 2008 finalist in a national contest but failed to garner industry attention. His second novel, Væmpires: Revolution, was published in October and a follow-up novella, Væmpires: White Christmas, was published in December.

He is an avid collector of books, comic books, music, and movies. His interests are diverse: on any given day, Tom is likely to be found watching a horror movie, attending a hard rock concert, or enjoying a Broadway show. He is currently working on the next installment of the “Væmpires” series, which is scheduled for an early 2012 release.

A unique twist on the normal Vampire tales. This is an action packed, non stop, quick read. Winship writes an intense, very detailed (sometimes maybe too detailed for me), horror story of mutated Vampires – Vaempires that wage war against humans and vampires! This tale is not for the weak! If you are a lover of horror and vampires then this is the book for you! Winship definitely know how to leave you wanting more! Looking forward to reading more in this series!
MY RATING:
♥ ♥ ♥ ♥ 4/5 Hearts: Great Read 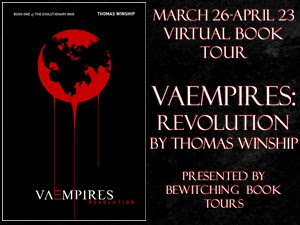 Check out the rest of Thomas Winship’s tour!
Disclosure: I received a copy of the book for review purposes only through Bewitching Book Tours. I was not compensated to write a positive or favorable review. This is Keeping Up With The Rheinlander’s personal opinion.