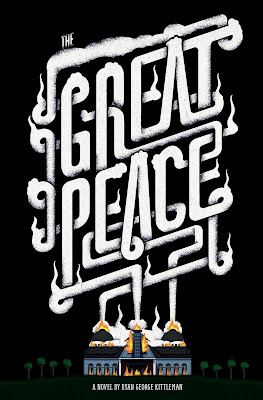 The Great Peace
Author: Ryan George Kittleman
Paperback: 322 pages
File Size: 486 KB
Publisher: Timbre & Yarn LLC (May 1, 2012)
Language: English
ASIN: B007Y74SXW
ISBN-10: 0984957502
ISBN-13: 978-0984957507
Synopsis:
A small American city is under siege. A group of starving artists- led by a reclusive, sweatpants-wearing billionaire- are determined to overthrow the government by any means necessary. With little hope for peace, a neurotic young gadabout- fresh off a failed suicide attempt- takes it upon himself to save his hometown from ruin. Along the way he encounters revolutionaries, nitwits, weirdos, perverts, dreamers, and something called Danceramics. Humorous, absurd, and often profound, The Great Peace takes on art, politics, philosophy, and class with unflinching verve and wit. 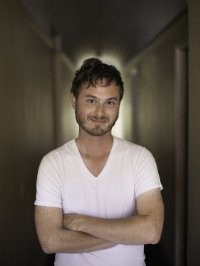 Since the age of 14, Ryan has been a musician and songwriter, first cutting his teeth in a number of bands in the New York punk scene. He mellowed into a solo artist playing folk-tinged psych-pop and began recording alternately under the names The Three Potato 4 and Spent Waves. Best Kept Secret raved his 2009 “Album Savant” was “adventurous and visionary home-recorded pop.”

The New Yorker left his hometown of Albany for college in Maine, and eventually landed in the San Francisco Bay Area. The Great Peace is Ryan’s newest way of delving further into the arts. His novel releases May 1, 2012, from Exploding Books, an imprint of Timbre & Yarn.

MY THOUGHTS:
An intriguing read! Kittleman’s writing style leaves nothing to the imagination, it is very detailed, and well written. There is a wide range of topics in this book, but with a definite unique artistic flair! If you enjoy Dystopian reads this is definitely the book for you!! A great read with some “real life” topics that can make you laugh!! 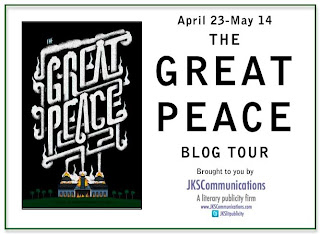 Disclosure: I received a copy of the book for review purposes only through JKSCommunications Book Tours. I was not compensated to write a positive or favorable review. This is Keeping Up With The Rheinlander’s personal opinion.
Kindle
Print
Audio Book
Apple eBook