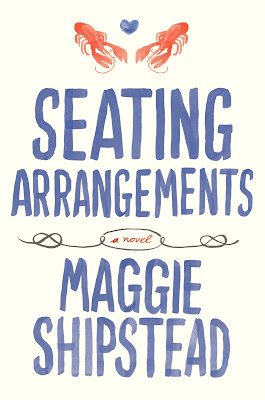 Winn Van Meter is heading for his family’s retreat on the pristine New England island of Waskeke. Normally a haven of calm, for the next three days this sanctuary will be overrun by tipsy revelers as Winn prepares for the marriage of his daughter Daphne to the affable young scion Greyson Duff.  Winn’s wife, Biddy, has planned the wedding with military precision, but arrangements are sideswept by a storm of salacious misbehavior and intractable lust: Daphne’s sister, Livia, who has recently had her heart broken by Teddy Fenn, the son of her father’s oldest rival, is an eager target for the seductive wiles of Greyson’s best man; Winn, instead of reveling in his patriarchal duties, is tormented by his long-standing crush on Daphne’s beguiling bridesmaid Agatha; and the bride and groom find themselves presiding over a spectacle of misplaced desire, marital infidelity, and monumental loss of faith in the rituals of American life.
Hilarious, keenly intelligent, and commandingly well written, Shipstead’s deceptively frothy first novel is a piercing rumination on desire, on love and its obligations, and on the dangers of leading an inauthentic life, heralding the debut of an exciting new literary voice.

ABOUT THE AUTHOR:
Maggie Shipstead was born in 1983 and grew up in Orange County, California. Her short fiction has appeared in Tin House, VQR, Glimmer Train, The Best American Short Stories, and other publications. She is a graduate of the Iowa Writers’ Workshop and a recipient of the Stegner Fellowship from Stanford University.

MY THOUGHTS:
This is Shipstead’s debut novel. Shipstead creates a  very funny tale of “well to do” family wedding with crazy shenanigans and other mishaps throughout the book. Personally for me there were lulls in the book but overall was entertaining and funny. If you have a wry sense of humor and enjoy a good story then this is the book for you!

Disclosure: I received one copy of the book from the Author for review purposes only through RoleMommy.com. I was not compensated to write a positive or favorable review. This is Keeping Up With The Rheinlander’s personal opinion.