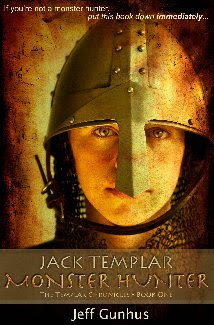 The Templar Chronicles Book One

Orphan Jack Templar has no memory of his parents and only the smallest details from his Aunt Sophie about how they died. The day before Jack’s fourteenth birthday, things start to change for him. At first it’s great: A sudden new strength helps him defend his nose-picking friend “T-Rex” from the school bully, and even his crush, Cindy Adams, takes notice. But then a mysterious girl named Eva arrives and tells him two facts that will change his life forever. First, that he’s the descendant of a long line of monster hunters and he’s destined to be in the family business. Second, that there’s a truce between man and monster that children are off-limits…until their fourteenth birthday! Jack has only one day before hundreds of monsters will descend on his little town of Sunnyvale and try to kill him.
As if that weren’t enough, things get even more complicated when Jack discovers that the Lord of the Creach (as the monsters are collectively known) holds a personal grudge against him and will do anything to see that Jack has a slow and painful death. To stay alive and save his friends, Jack will have to battle werewolves, vampires, harpies, trolls, zombies and more. But perhaps the most dangerous thing he must face is the truth about his past. Why do the other hunters call him the last Templar? Why do they whisper that he may be the “One?” Why do the monsters want him dead so badly? Even as these questions plague him, he quickly discovers survival is his new full-time job and that in the world of monster hunters, nothing is really what it seems.
PURCHASE: ~ Amazon ~ IndieBound ~ Barnes & Noble ~ 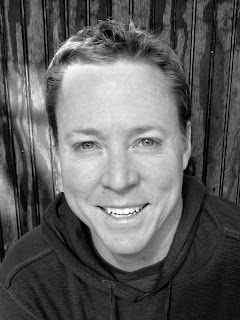 Jeff Gunhus grew up in Cyprus, Greece, and Saudi Arabia where there was a distinct lack of television. He quickly found books were the gateway to incredible adventures, fascinating characters and unbelievable discoveries. Now, with five children of his own (all who watch too much television, in his opinion), he has enjoyed revisiting his old books and reliving those adventures all over again.

Connect with Jeff
Website
Facebook
Twitter
Check out our Interview with Jeff ~ HERE
MY THOUGHTS:
This is a fantastic read!! Jack Templar Monster Hunter is full of adventure, twist and turns, and a couple of surprises also!! “Middle Graders” (as well as everyone else) will love this book!! The characters are interesting and unique. Great plot and setting! I am looking forward to reading more in the Templar Chronicles and other books by Jeff Gunhus!! Definitely recommend this read if you are a fan of fantasy!
MY RATING:
♥ ♥ ♥ ♥ ♥ 5/5 Hearts: Outstanding
Follow the rest of Jeff’s tour: 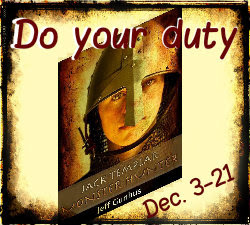