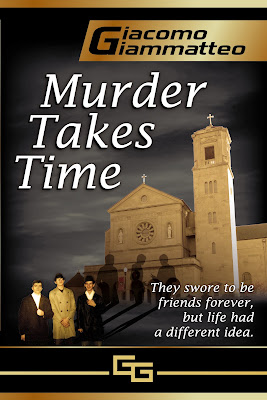 Frankie has taken two oaths in his life—the one he took to uphold the law when he became a cop, and the one he took with his two best friends when they were eight years old and inseparable.

Those relationships have forced Frankie to make many tough decisions, but now he faces the toughest one of his life; he has five murders to solve and one of those two friends is responsible. If Frankie lets him go, he breaks the oath he took as a cop and risks losing his job. But if he tries to bring him in, he breaks the oath he kept for twenty-five years—and risks losing his life.

In the neighborhood where Frankie Donovan grew up, you never broke an oath. 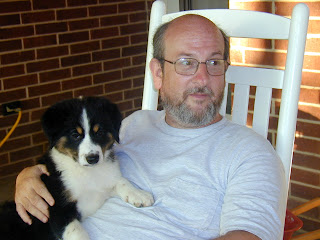 ABOUT THE AUTHOR:
I live in Texas now, but I grew up in Cleland Heights, a mixed ethnic neighborhood in Wilmington, Delaware that sat on the fringes of the Italian, Irish and Polish neighborhoods. The main characters of Murder Takes Time grew up in Cleland Heights and many of the scenes in the book were taken from real-life experiences.
Somehow I survived the transition to adulthood, but when my kids were young I left the Northeast and settled in Texas, where my wife suggested we get a few animals. I should have known better; we now have a full-blown animal sanctuary with rescues from all over. At last count we had 41 animals—12 dogs, a horse, a three-legged cat and 26 pigs.

Oh, and one crazy—and very large—wild boar, who takes walks with me every day and happens to also be my best buddy.

Since this is a bio some of you might wonder what I do. By day I am a headhunter, scouring the country for top talent to fill jobs in the biotech and medical device industry. In the evening I help my wife tend the animals, and at night—late at night—I turn into a writer.

Connect with Giacomo
Website
Facebook
Twitter
MY THOUGHTS:
WOW! This is a gritty “no holds bar” read!! Giammatteo does an great job of creating characters that intrigue you and become invested in them. There is a rhythm to the writing that sucks you in from the first page and doesn’t let you go even as you finish the last word!! You are left wanting more. I definitely recommend this to others that are fans of gangsters and mobsters, murder, crime and mysteries. I look forward to the next book in the series and more from Giammatteo.
MY RATING:
♥♥♥♥♥ 5/5 Hearts: Outstanding
GIVEAWAY:
How would you like to win 1 of 3 e-copies for yourself?? Giacomo Giammatteo has generously offered 3 E-Book copies of his book to 3 of our readers. Just enter on the Rafflecopter entry form below! If you have any questions or concerns please leave a comment. Good Luck and Thanks for entering.

***A NOTE from GIACOMO***
AVAILABLE TO RESPOND TO COMMENTS ON DAY OF POSTING
As of Nov. 2nd ~MURDER TAKES TIME is
#145 in Kindle Store.
#1 in Hard Boiled Mystery.
And it is #5 in Amazon Movers and Shakers
For anyone who buys a digital book during this tour and mentions the tour, I will offer a money-back guarantee, with these conditions:
1. Understand that this book contains several chapters with graphic violence.
2. Understand that it contains rough, street language
3. Understand that there are two chapters with sexual scenes
4. Understand that the story is told in multiple Point of Views.

If for any reason, other than those stated above, you do not like the book or aren’t happy with it, just write me an email and tell me why. Email me a proof of purchase receipt, and I’ll refund your money. This applies only to the digital books. I can’t do it with print editions.

Disclosure: I received a copy of the book for review purposes only. I was not compensated to write a positive or favorable review. This is Keeping Up With The Rheinlander’s personal opinion. Prizes are NOT fulfilled by KUWTR.
Kindle