Police officers Michael Beckett and Destiny Jones are two of the most compelling characters ever created by novelist Thomas Fitzsimmons. Now the author, who has been called “a worthy successor to Ed McBain” by New York Times bestselling author Steven Coonts, returns with a new tale about the wisecracking, deadly duo.
Roving the streets and bars of Mahnattan’s Upper East Side, Beckett and Jones are starting to come to terms with their true feelings for one another when their world suddenly shifts gears. An ex-cop recruits Beckett into his gang of “rockers”—a secret society of vigilante cops who protect businesses from shakedowns for a price.
A violent drug ring has taken control of a Yorkville hotel. The ring needs to be cleaned out and an old girlfriend of Beckett’s, an amoral tart who happens to co-own the place, needs saving. This leads Beckett and Jones into one of the deadliest, most tangled operations of their lives as he pursues the drug kingpin who killed his baby sister, and Destiny is forced to confront life as an invalid or a death with dignity by her own hand. 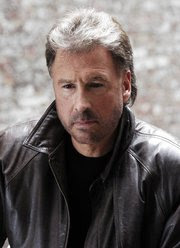 Thomas Fitzsimmons didn’t need to hire a team of researchers to write gritty crime stories. For Fitzsimmons, it was as simple as recalling his life. Fitzsimmons was raised in a family of career cops in an Irish neighborhood in the Bronx, New York. After serving in the U.S. Navy, Fitzsimmons joined the New York City Police Department. During his 10-year career in the South Bronx precinct dramatized in Paul Newman’s “Fort Apache-The Bronx,” Fitzsimmons notched numerous arrests, collaring armed robbers, drug kingpins, and arsonists. Currently, Fitzsimmons is a top security consultant to celebrity clients nationwide. A recognized security expert, he has appeared on television shows including “Good Morning America,” “Geraldo Rivera” and “Montel Williams.”

MY THOUGHTS:
Fitzsimmons does it again! This is a great continuation of the Michael Beckett story line! I really enjoyed the plot, the action, and the drama! Fitzsimmons does a wonderful job of creating interesting characters that you become invested in! Destiny Jones is a great new addition! The ending was a blind side… I did not see that coming!! You could definitely read this book without reading the first book but I highly recommend reading both of them! Looking forward to more “Confessions” in the future!!

MY RATING:
♥ ♥ ♥ ♥ 4/5 Hearts: Really Great Read
You can read my review of Confessions of a Catholic Cop
Disclosure: I received a copy of the book from the Author for review purposes only. I was not compensated to write a positive or favorable review. This is Keeping Up With The Rheinlander’s personal opinion.
Kindle