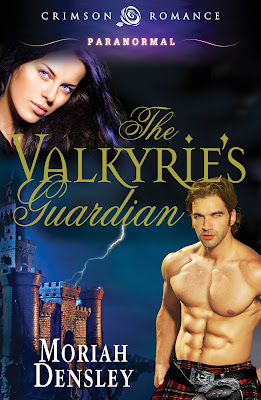 You might call them superheroes. “Extra-sentients” are one in 4.5 million with the extraordinary ability to unlock the full potential of the mind.

Cassiopeia Noyon is descended from the most powerful known extra-sentient, but she’s a dud – no impressive talents except a healing ability which lands her in trouble. She’s all wrong for Jack MacGunn, her dazzling immortal berserker bodyguard.

Cassiopeia Noyon has a medical degree at age twenty-one, which makes her a total loser … for an extra-sentient with merely superhuman strength and healing powers but not much else. Cassie may not even be immortal, which is a downer since the man she’s adored since age six, is.

Jack MacGunn is King of the Bad Pick-Up Line. A true blue kilt-wearing, pipe-playing Scot descended from a long line of berserker warriors; if he’s awake, he’s either hungry or itching for a fight. Lately Jack feels lost. His career as a Navy SEAL detachment agent is on a slow train to nowhere. He suspects it has something to do with his out-of-control superhuman rages.

The one task Jack has never failed at is guarding Cassie from their enemies, but now he fears he can’t protect her from himself. Even if they could go a single day without fighting, Jack knows he’ll never be good enough for her. The boss’ granddaughter is off-limits anyway.

A chance encounter with a villain long assumed dead sends Jack and Cassie on a race to save the children secreted away at Network One, the academy for genius extra-sentients. Jack discovers a new side of Cassie when in the heat of combat she invokes unheard-of powers. Has Jack finally met his match?

EXCERPT:
Without much effort she summoned static in the air. It gathered in her hands as she wrestled to equalize the tension between ground and sky. The shift in atmospheric energy sucked down a dull pressure she could feel in her skull and chest. The charge crackling in her fingers burned ice hot.

Cassie walked calmly to the men locked in struggle and set a hand on each of their shoulders, transferring a mild dose of purple electricity into their bodies. They jerked back and screamed. She exploited their surprise and shoved them both apart, hurling them several feet.

She heaved slow breaths to calm her anger, resisting the temptation to fry their idiotic brains. They rolled slowly and strained to sit up, mist steaming out of their collars.

“Jack. Ben. That’s enough. Look around, you morons. Is this what you want your family to see?” They glanced around and saw the somber faces watching from inside the great house, all the small ones who had just been taught a bad lesson.

“Bloody hell. What is she?” Ben muttered, wiping his split lip.

“The voice of reason.” She stood between them. “You two have to work together while we’re here. This is your clan, and you are the leaders. Now start acting like it.”

She waited while they sucked in deep breaths, trying to calm themselves from the rage.

“Do you think your family should see you shake hands, or did you mean to start a war today?”

Ben breathed an oath in Gaelic under his breath, and Jack made something pop in Ben’s hand as he squeezed. She closed her eyes in forbearance.

At that moment, three pagers went off. Jack, Chief, and Pops all retrieved their phones and checked the display with identical motions.

Jack said, “CO called in the whole team. It’s probably nothing, but we have to go.”

“Run like the wind,” Cassie replied flatly, as though she had no curiosity at all about his urgent summons to headquarters. “Nice meeting you, Chief, and ah, Papa Smurf. I’ll find my own way to the barracks.”

Damned if she didn’t show them her back and strut away like a tabby cat. Of course he stared, mesmerized by the dual motion of her hips and swaying hair. A draft of her honey-anise scent lingered. Catnip. “Eighteen-hundred hours, baby,” he called, a last ditch effort to claim her with the officers observing.

She spun 180 degrees and walked backward. “Sorry, I have to polish my pistol.” Chief and Pops sucked in a breath at her suggestive tone—with that purring sound in her voice, anything sounded like innuendo.

Jack couldn’t help it. He winked. “Sure thing, darlin.’ After you polish mine.”

Cassie could always count on Jack for two things: he would come from near or far at the sound of food cooking in the morning, and he went ga-ga over women in workout clothes. Forget lingerie–Jack wanted yoga pants and a racerback top. This morning Cassie brought out the heavy artillery with both his vices: smoothies and spandex.

Ice clunked around in the blender as she added peach slices, raw almonds, yogurt, and lemon rind. Perfect timing—Jack jogged down the stairs and nearly tripped over Cat, dropped his duffel, and made a beeline straight for the kitchen. He rocked back on his heels, apparently expecting Anne the housekeeper, not Cassie. She made a point of opening the fridge as he entered, as though she hadn’t seen him.

When she turned around, his eyes widened and he visibly swallowed hard.

Unapologetically his eyes roamed from her long swinging pony tail down over her shoulders exposed above a skin-tight cropped tank. His eyes lingered on her navel, watching it contract as she breathed, before scanning up and down her legs once, twice, and again. He wore the expression of a tiger watching a platter of meat through the bars of his cage.

“All the subtlety of an anvil, Jack.”

Jack tried to tuck her behind his shoulder and interrupt, but Cassie leaned around him and jabbed an accusing finger at Memphis.

“No more bait, no more turkey shoots! You tell him no, Memphis, or answer to me. Find another way, whatever. He comes home in a body bag, and I come after you.”

She glared, the silence stretched, and she wanted Jack’s buddy to know she meant it, every word. Bad enough that they went willingly into danger, no reason they should play high-stakes games with their lives. No operation was worth that.

Cassie exhaled in a gust and muttered, “I think I just grew a few gray hairs.”

Memphis surprised her with his softened, sympathetic expression. “It takes a strong woman to love a soldier. You’ll get used to it, honey.” He nodded his head, “We always come home. Don’t worry.”

“You’re gone, bro. I give it two months, max, and we’ll all be in our dress whites.”

Cassie looked between them, confused, then hacked into Memphis’ thoughts to discern he meant their formal Navy uniforms, for the occasion of her and Jack’s supposed wedding. Wow. 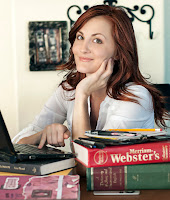 ABOUT THE AUTHOR:
2012 RWA Golden Heart finalist Moriah Densley sees nothing odd at all about keeping both a violin case and a range bag stuffed with pistols in the back seat of her car. They hold up the stack of books in the middle, of course. She enjoys writing about Victorians, assassins, and geeks. Her muses are summoned by the smell of chocolate, usually at odd hours of the night. By day her alter ego is your friendly neighborhood music teacher. Moriah lives in Las Vegas with her husband. 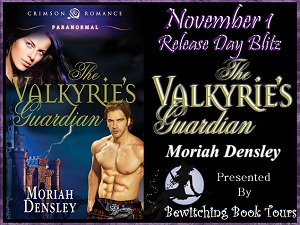