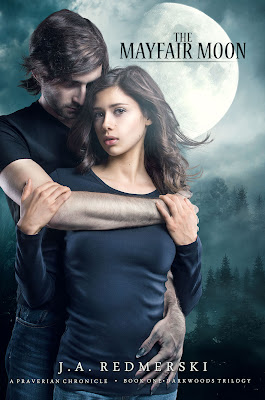 Strange and tragic things begin to happen in the small town of Hallowell, Maine: residents come down with an unexplainable ‘illness’ and some disappear. In the midst of everything, Isaac Mayfair is adamant about keeping Adria safe, even from her sister whom he has warned her to stay away from.

As unspeakable secrets unfold all around Adria, impossible choices become hers to bear. Ultimately, no matter what path she takes, her life and the lives of those she loves will be in peril. As she learns about the werewolf world she also learns why her place in it will change the destinies of many. 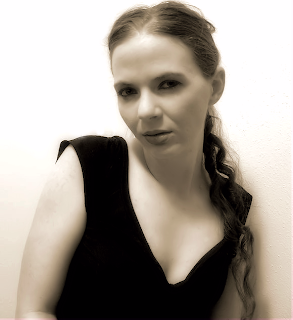 ABOUT THE AUTHOR:
J.A. Redmerski is a Contemporary Fantasy and YA writer – author of THE MAYFAIR MOON and DIRTY EDEN. She’s a mother, werewolf & zombie fanatic, book addict and a happy hermit obsessed with the Universe. Oh, and AMC’s “The Walking Dead”.

Jessica started her first novel at the age of thirteen and has been writing something ever since. Generally, she loves characters in life and on paper. She pays attention to people, especially those whose personalities make them different from the rest of us: the drug addict roaming the Laundromat that talks to himself, the young, inattentive mother in the park with the meanest kid on the playground – (the entire cast of ‘Swamp People’) – characters fascinate Jessica and she hopes that it shows in her literary work.

EXCERPT:
I started to go back to the oatmeal boxes until I noticed a dark figure standing in the far corner of Finch’s parking lot. Moving out of the pool of light shining above from the fluorescent, I stood closer to the end of the shelf.
“Thirty more minutes and he won’t need to come anyway,” Harry said from behind.
I walked further up and edged my way toward the window to get a better look. The figure stood just out of the glow from the street light. He, if it was a man, wore dark clothes from head to toe. The way he stood there, still as a statue and staring toward the store, made my nerves short out like electrical wires.
“Me and Sebastian don’t hang out much anymore,” Harry went on, still shelving merchandise. “I mean, I get it and all, but it still sucks. Y’know?”
“Harry,” I whispered, as if the man could actually hear me from that far away, “come here.”
I felt him standing behind me then.
“Do you see that guy?” I said, taking my eyes off the parking lot for just a second.
“No,” Harry answered. “I don’t see anybody.”
I did a double take. The man was gone.
“No,” I said, moving quickly to the store window and almost pressing my face against it. “He was standing right there, off in the corner. He was staring this way.”
I turned around fully to face Harry.
“I can’t believe this,” I said.
“Don’t get so worked up, Adria.” Harry started to walk back to the aisle. “Could’ve been anyone; you’re really jumpy tonight.”
I turned around again. The man, with a grinning, maniacal face dripping with blood stood an inch from the glass.
I shrieked and stumbled backward, my foot catching under a metal newspaper rack. I fell hard on my side and newspapers came tumbling down.
Harry came running over.
“Holy shit!” he said.
Harry grabbed me and pulled me to my feet. The man’s eyes swirled black; his knifelike teeth glistening with blood.
Suddenly, Harry fell over the same newspaper stand that I did. He almost took me down with him, but let go of my arm just as he hit the floor.
“What the hell!” he shouted.
The man came closer to the window. His wicked, smiling face was like staring into the face of the Devil.
His hands were behind his back. He pulled his right arm out slowly and pointed his index finger upwards, the nail two inches razor-sharp and black like his eyes. His hand was covered in blood.
Blood stained the snow beneath him.
“I imagine uncles taste better than German Shepherds,” the man said so cold and menacingly through the glass.
I gasped. Harry had gotten to his feet and was trying to pull me backwards with him, but I pushed him away from me. I threw myself against the window, my face and the werewolf’s face separated by nothing more than a false sense of security. I banged my palms once against it, feeling the entire window shake and shudder.
“What did you do to him?” I screamed. “What did you do to my uncle?” I banged the glass once more; the palms of my hands stung.
The man grinned, revealing his deadly teeth even more to me in his malign expression.
Harry grabbed me more intensely and managed to pry me violently away from the window. I was mad with rage, trying to fight my way free, but Harry was too strong. I felt my shoes scraping across the floor as he pulled me into the nearest aisle.
The werewolf let out a menacing growl from outside, jerking back his head. The last I saw of him was how his hot breath had melted the cold from the glass. 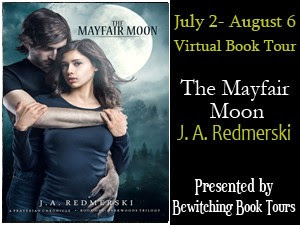