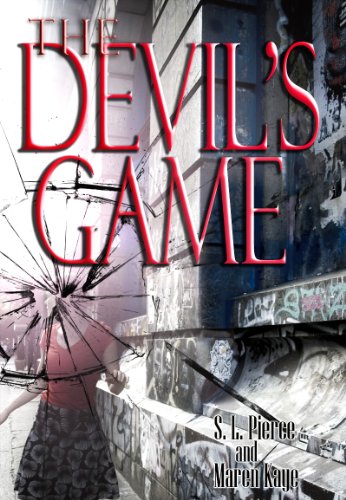 Is a stranger who stalks your stalker a friend or your worst enemy?

Rachel Pendelton is determined to break from her small town past and stake out a new life for herself with a dream job in the big city. But hard work and determination are no match for whoever is working against her. When anonymous gifts show up, she’s flattered. When they appear in her locked apartment, she starts worrying. What can she do when everyone she turns to for help looks suspicious?
What she doesn’t know is that a game has begun. A game with rules as baffling as they are deadly. A game that will pit her against the criminally insane. And only one can finish alive.

Excerpt of THE DEVIL’S GAME by S.L. Pierce & Maren Kaye