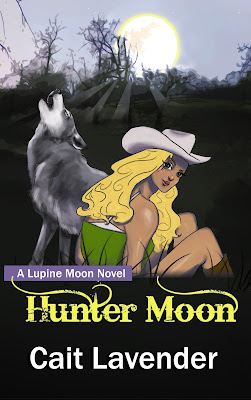 Hunter Moon
Lupine Moon SeriesAuthor: Cait Lavender
Synopsis:
Bawling cattle tore Shelby Flint from her bed. With lawyer fees to pay in her struggle to keep her ranch from the clutches of her greedy cousins, she couldn’t afford the loss of even one calf. When she sees a large wolf circling her cows, she aims and fires. While the wolf escapes, Shelby can’t seem to get away from her troubles when a marijuana grower sets up shop on her land, sabotaging her property and eventually coming after her.
Adding to that, a handsome game warden is poking his nose into her business and working his way underneath her skin. Shelby will have to fight harder than she ever fought before to keep from losing her heart and everything she ever loved.

Shelby Flint is a self-sufficient cowgirl and cattle rancher, but when a wolf goes after her calves, a man is murdered on her land and someone is sabotaging her property she can’t do it by herself any longer. In walks a handsome game warden, poking his nose in her business and working her way under her skin. Shelby will have to fight harder than she ever has before to keep from losing her heart and everything she ever loved. 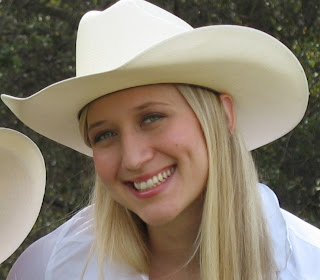 Cait Lavender is a twenty five year old wife and stay at home mother of one in Central California. Living on a cattle ranch and raising her daughter doesn’t afford her much leisure time, but when she has a spare minute or two she loves riding horses, baking and reading everything she can get her hands on. She grew up loving the written word and creative writing and finally decided to work on her dream of becoming a published author.

She has a short story, Cowboy Moon, and a full-length novel, Hunter Moon, both available on Smashwords, Amazon and Barnes & Noble. She’d love to hear from you on her Facebook author page, @caitlavender on Twitter or on her blog, www.caitlavender.com

Check out the rest of Cait’s Blitz 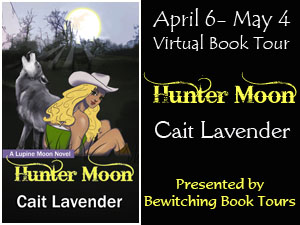