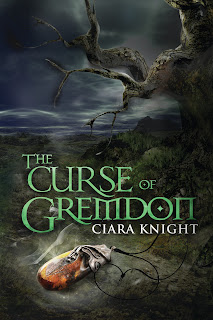 Author: Ciara Knight
Source: Author
Format: Kindle Edition
File Size: 512 KB
Publisher: Crescent Moon Press (December 18, 2011)
Language: English
ASIN: B006NU4AM0
Summary:
In a world where marriage is forbidden, sex is only granted to male warriors, and the outer realm is full of murderous creatures, Arianna fights to protect the life of her only living relative, her brother.
Tardon, an elite warrior, is granted anything he desires by the Elders, but finds little joy in the voluptuous women presented to him. Born for the bloodlust found only in battle, complicated emotions emerge when he discovers his equal in the alluring warrior, Arianna.

Charged by the Elders with saving the castle from attack, Tardon and Arianna risk the curse when they traverse the vast outer realm to retrieve serum from the Tree of Life. If successful, the Elders have promised Tardon the right to marry and Arianna the cure for her brother’s death fever. Will their love carry them through or will the discovery of a great deception be their ultimate demise? 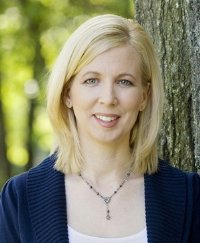 About the Author:
Ciara Knight always had a passion for storytelling. At an early age, she wrote several short stories and poems, and in college she started work on her first novel. It wasn’t until late 2008 that she returned to her true passion of writing. Over the past few years she has penned five novels and joined several professional writing organizations to better her craft.

When not writing, she enjoys reading all types of fiction. Some great literary influences in her life include Edgar Allen Poe, Shakespeare, Francine Rivers and J K Rowling.

Ciara is happily married and enjoys family time. She has learned to embrace chaos, which is a requirement when raising three boys, and utilizes the insanity to create stories not of this world including, Fantasy, Paranormal, Sci-Fi, and Young Adult Dystopian.

Her first love, besides her family, reading, and writing, is travel. She’s backpacked through Europe, visited orphanages in China, and landed in a helicopter on a glacier in Alaska.

Connect with Ciara Knight
Website
Facebook
Twitter
How would you like The Curse of Gremdon e-book for yourself? Well Ciara Knight has generously offered one of our readers one of their own! Just enter on the Rafflecopter entry form below! If you have any questions or concerns about the Rafflecopter form please leave a comment. Good Luck and Thanks for entering. 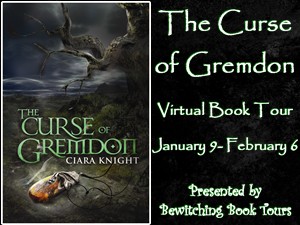 Visit the rest of Ciara’s Tour
Disclosure: This Excerpt and giveaway was provided by the Author as a part of the Bewitching Book Tours. This is NOT a compensated post.
Kindle