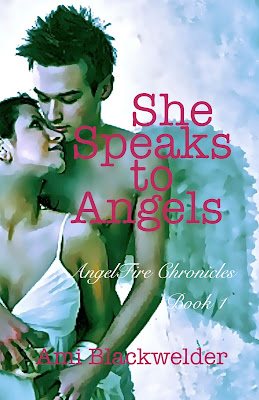 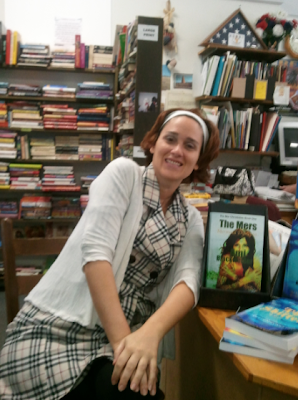 ABOUT THE AUTHOR:
Ami Blackwelder is a romance suspense writer in the paranormal, scifi and historical genres. Growing up in Florida, she graduated UCF and in 1997 received her BA in English and additional teaching credentials. Then she packed her bags and travelled overseas to teach in Thailand, Nepal, Tibet, China and Korea. Thailand is considered her second home now. She has always loved writing and wrote poems and short stores since childhood; however, her novels began when she was in Thailand.

Having won the Best Fiction Award from the University of Central Florida (Yes, The Blair Witch Project University), her short fiction From Joy We Come, Unto Joy We Return was published in the on campus literary magazine: Cypress Dome and remains to this day in University libraries around the USA. Later, she achieved the semi-finals in a Laurel Hemingway contest and published a few poems in the Thailand’s Expat magazine, and an article in the Thailand’s People newspaper. Additionally, she has published poetry in the Korea’s AIM magazine, the American Poetic Monthly magazine and Twisted Dreams Magazine.

Connect with Ami
Website
Twitter
Facebook
YouTube
GIVEAWAY:
How would you like an EBook copy of She Speaks to Angels for yourself?? Ami Blackwelder has generously offered one of our readers an e-book! Just enter on the Rafflecopter entry form below! If you have any questions or concerns about the Rafflecopter form please leave a comment. Good Luck and Thanks for entering. 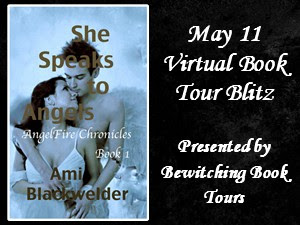 Check out the rest of Ami’s Tour
Disclosure: This Excerpt and Giveaway was provided by the Author as a part of the Bewitching Book Tours. This is NOT a compensated post.
Kindle
Print
Audio Book
Apple eBook