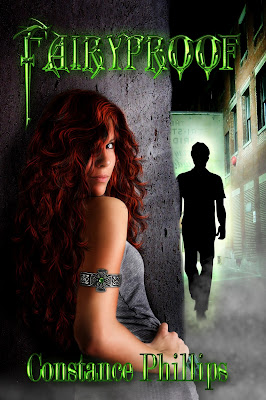 Fairyproof
Author: Constance Phillips
Genre: Paranormal Romance
Paperback: 264 pages
File Size: 475 KB
Publisher: Crescent Moon Press
(September 4, 2012)
Cover Artist: Taria Reed
Language: English
ISBN-10: 1937254755
ISBN-13: 978-1937254759
ASIN: B0095HYHXK
Synopsis:
When Monique finds out her brother, Kieran, is planning her future with the one fairy she wants nothing to do with, she seeks refuge in the human world. Now Kieran fears she will be the next victim in a string of murdered fairies and is determined to bring her home.

Hiding should be a breeze. She can control any human with a flirtatious smile and an attraction spell. Until she meets Daniel Elliot, the only human who’s immune to both.
A year ago, Daniel’s fiancée disappeared with the engagement ring, an Elliot family heirloom. He’s ready to move forward with his life, but his mother’s obsession with retrieving the ring makes that impossible. Then Monique walks into his office to apply for a job.

Daniel and Monique can’t deny their attraction, but will the reason he’s Fairyproof be too much to overcome? 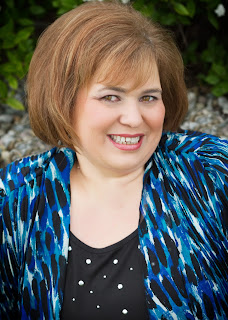 ABOUT THE AUTHOR:
Constance Phillips lives in Ohio with her husband, two ready-to-leave-the-nest children, and four canine kids. Her perfect fantasy vacation would involve hunting Dracula across Europe with her daughter, who also digs that kind of stuff. When she’s not writing about fairies, shifters, vamps, and guardian angels, she’s working side-by-side with her husband in their hardwood flooring business.

Constance is actively involved in her local Romance Writers of America chapter (MVRWA) and the Southeast Michigan chapter of the United States Pony Club. When not writing or enjoying the outdoors, she loves reality television or can be found at a Rick Springfield concert (just look for the pink Converse high tops). 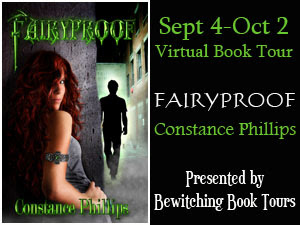