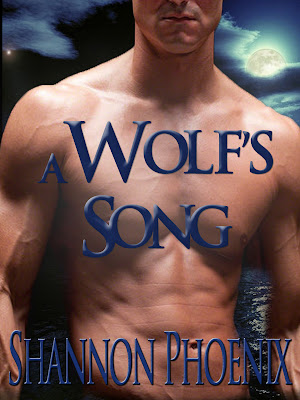 A Wolf’s Song
Supernaturals Now Book 1
Author: Shannon Phoenix
File Size: 378 KB
Print Length: 205 pages
Language: English
ASIN: B007WA33AK
Synopsis:
Hamish hasn’t been interested in love since his beloved wife died four hundred years ago. He knows that it’s impossible for her to reincarnate, but he hasn’t been able to let her go. Until now.

When he meets Desiree in Colorado, Hamish can’t resist her. When she moves to Vermont to work, she’s right in his back yard. He sets about winning her, ready for a future with her.

Yet his past won’t let that happen. The mother of his children wants the contract they signed three hundred years before to be fulfilled. Hamish must mate with her and she must bear a werewolf son. Until the contract is fulfilled, Hamish must commit himself entirely to the raising of their child–twenty years without any romantic entanglements.

To make matters worse, she intends to use Desiree to make him even more miserable. She demands that Desiree be the one to sentence him to a fate that will tear Hamish away from her forever.

Even while they face this dramatic mess, Deathwalkers are converging on them for an unknown purpose. Evil, malignant monsters, the Deathwalkers will stop at nothing to get their hands on Desiree. Desiree must confront her own past as well as Hamish’s, escape the Deathwalkers, and find peace with herself. Hamish must realize his love for Desiree before he pushes her away forever.

Can Desiree defeat Hamish’s past and bring hope to an entire race?

Warning: Contains intense open door love scenes between a woman and her sexy werewolf lover. This book is not erotica with a plot, it is a full length novel that includes sexual encounters. It’s primarily a love story.

EXCERPT:
The wolf shimmered and distorted obscenely as bright sparks flickered around him. She closed her eyes to clear them, and opened them again just as the wolf vanished to leave a man in his place. A very, very handsome bear of a man, at that. She blinked and stared.

He was very tall, well over six feet, probably close to six and a half feet. His broad, powerful body was corded with muscle definition, his belly not flat so much as ridged with blatant muscle definition. His hair was the color of wheat, ripe for harvest in the Autumn sunshine. His eyes were golden in his slightly rugged, slightly surfer-boy face, matching the pale hair. More blond hair tracked down that powerful stomach to where… To where she really wasn’t going to look, no matter how much she might want to.

“Death is a werewolf?” she asked, realizing belatedly how nonsensical she sounded.

“Desiree!” he said, his voice familiar and rich, harmony flowing through it like an old fashioned acapella group. Then he chuckled. “I’m not death. I think he has a scythe and a robe or something. And I’m naked.”

Death apparently had a sense of humor, as well.

“Yes,” she said. “I noticed.” She reached for his mind to see what was so funny, but found only quiet. “So are you going to get it over with?”

“Get what over with?”

His eyebrows nearly crawled up onto his scalp. “They were monsters. Why would I kill you? Are you a monster, too?”

“Are you laughing at me?” She crossed her arms over her chest. This was serious business and she didn’t appreciate his attitude. It wasn’t bad enough that he was a werewolf—which should be myth just like vampires… and he was here to kill her. She didn’t need for him to be a smart-ass about it.

He made an obvious attempt to rein in his mirth. “No, ma’am. I’m standing on your stairs butt-ass naked. I hardly think I’m in the position to laugh at you, now am I?” His lip quirked again in contrast with his words.

ABOUT THE AUTHOR:
Shannon Phoenix always wrote stories. She watched the characters take on their lives within her mind, and began to write down what they were doing. She would write the stories and then let them go. But a few years ago, she got caught writing those stories. You know… those stories.

To her surprise, the person who found her stories loved her characters as much as Shannon did. She tentatively allowed others to read the stories, as well, and it was from that first foray into the scary world of letting others read her ‘little tales’ that Shannon Phoenix Books was born.

Shannon lives in New Hampshire with her husband, her daughter, and their family cat. Her full time job is parenting, her part time job is as a mother’s helper to a family friend, and her passion is letting the characters in her mind out on paper–or keyboard, as the case may be.

Welcome to Shannon Phoenix’s Books. May you find the magic in your own life. 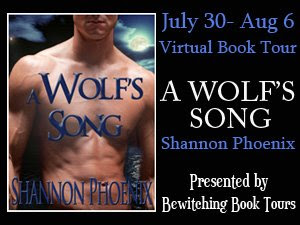