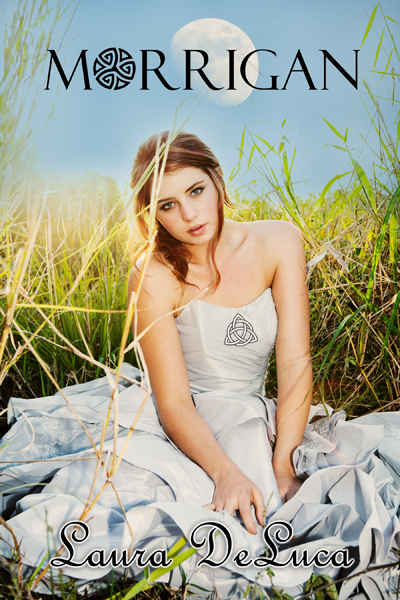 This is a giveaway filled with magic and we’re sure you will enjoy walking through the land of Tír Na nÓg with our heroine and all her supporters.

To start off the fun, lets share a little about the YA novel, Morrigan, which is due to be released by Pagan Writers Press on October 31st, 2012! 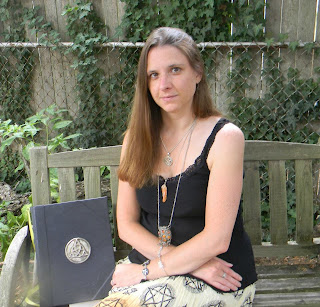 About the Author
Laura “Luna” DeLuca lives at the beautiful Jersey shore with her husband and four children. She loves writing in the young adult genre because it keeps her young at heart.  In addition to writing fiction, Laura is also the sole author of a  review blog called New Age Mama. She is an active member of her local pagan community, and has been studying Wicca for close to eight years
Other Books By Laura DeLuca 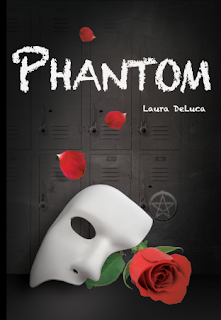 The “Phantom” was a musical phenomenon that Rebecca had always found enchanting. She had no idea that her life was about to mirror the play that was her obsession. When her high school drama club chooses “Phantom” as their annual production, Rebecca finds herself in the middle of an unlikely love triangle and the target of a sadistic stalker who uses the lines from the play as their calling card.

Rebecca lands the lead role of Christine, the opera diva, and like her character, she is torn between her two co-stars—Tom the surfer and basketball star who plays the lovable hero, and Justyn, the strangely appealing Goth who is more than realistic in the role of the tortured artist.

Almost immediately after casting, strange things start to happen both on and off the stage. Curtains fall. Mirrors are shattered. People are hurt in true phantom style. They all seem like accidents until Rebecca receives notes and phone calls that hint at something more sinister. Is Justyn bringing to life the twisted character of the phantom? Or in real life are the roles of the hero and the villain reversed? Rebecca doesn’t know who to trust, but she knows she’s running out of time as she gets closer and closer to opening night. Only when the mask is stripped away, will the twenty first century phantom finally be revealed. 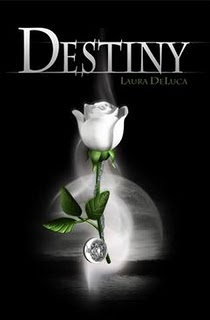 Destiny
Available for only $.99 in e-book format or
$14.95 for print version on Amazon.

Gabriella is a witch. The problem is, she doesn’t remember. She repressed the memories of her powers years ago when her mother was murdered. Now, the warlock who was responsible for her mother’s death has set his sights on Gabriella. He is determined to use her fear to turn her to the dark side of magick…even if it kills her. Her mother’s spirit is reaching out to warn her, but even that she pushes away. Desperate to save her daughter, the spirit finds a male witch–one that just happens to be in love with Gabriella. Darron is more than willing to help but the two young witches will have way more to battle than just an evil warlock. There are overbearing jocks and petty rich girls who get tempers flaring and often set Gabrielle and Darron at odds.

There is more to the story than Gabrielle and Darron could even imagine. There are terrible secrets to be revealed, battles to be waged, and lives will be lost. Only after Gabrielle and Darron both come to terms with who they really are, and open themselves up to the true meaning of magick, can they have any hope of fulfilling their destiny. 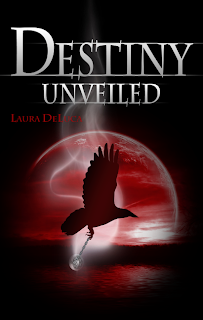 Destiny Unveiled
Available for only $3.99 for e-book version or
$14.89 for print version on Amazon.

Gabriella and Darron thought their magickal battle was over when they defeated the evil warlock, Richard. When her Aunt Donna seeks Gabriella’s help in rescuing her catatonic daughter from the Dark Coven, Gabriella discovers that her cousin holds a power within her that would be catastrophic in the hands of the evil witches. Gabriella’s coven sets out on a journey that may be their last. Along the way, they meet new allies, face devastating treachery, and battle not only the Dark Coven, but the darkness within themselves. When Gabriella finally comes face to face with the cousin she never knew existed, her true destiny is unveiled, and the fate of the mortal world is in her hands.

THE GIVEAWAY
And now for the exciting part! Three fabulous Etsy shops have created original works of art to go along with the Morrigan cover! Below you fill find the prizes they are sponsoring, as well as links to their shops in case you would like to order any of their wonderful products for yourselves.
The Whimsical Pixie
The Whimsical Pixie offers an array of unique hand crafted items for the altar, home and garden for practicing pagans and the whimsical at heart. New for Spring, The Whimsical Pixie has Sabbat kits, ritual kits and more to enhance your celebrations. 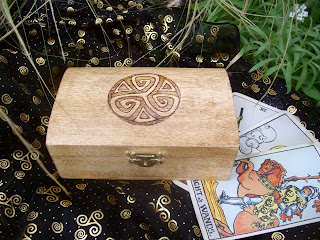 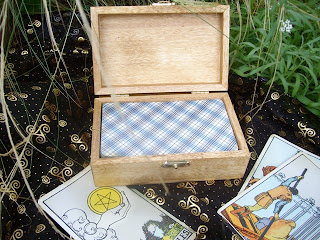 Paula from the Whimsical Pixie has created a beautiful wood burned tarot card box emblazoned with the Celtic symbol featured in the title of Morrigan. The box has special significance to the story. If you read the excerpt above, you will see that Morrigan is quite gifted with Tarot cards.   The box measures 5.25″Lx3.25″Wx2″H; retail value $26.99; tarot cards not included.
The Sisters Elemental
The Sisters Elemental offer natural luxury bath salts, cold process soaps, hand and body lotions, and other spiritual & inspirational tools to help you connect to the Universe. They hope you enjoy them as much as they enjoy creating them! Much love and light to you and yours, ~*Earth*~, ~*Fire*~, and ~*Water*~ 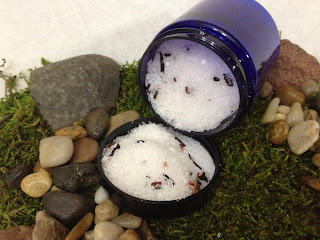 Commissioned by Laura DeLuca to make something that will pull you in to the world of Morrigan, the main character of her to-be-released book Morrigan, we think that this combination will bring you to her world. A mixture of Dragon’s Blood, Cypress, and Sweet Orange essential oils with an accent of Hibiscus petals will leave you feeling blessed by the goddess and wrapped in magick. Created by ~*Fire*~ 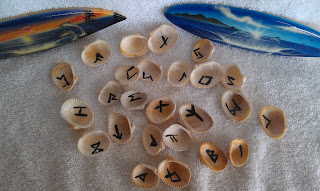 Using seashells from the beautiful beaches in Florida, I hand painted the Elder Futhark rune symbols on each shell. Used like regular runes, they give guidance for almost anything imaginable. The most amazing part about these is the connection to the ocean. They are infused with the sea, and loving thoughts of peace and love from me, as I painted them. I believe you’ll find these an amazing addition to your divination tools. And maybe even feel a little more connected to the ocean and it’s life! 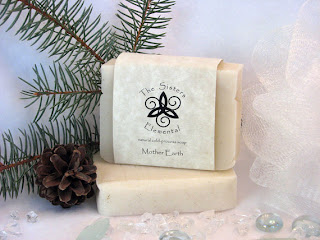 Mother Earth handmade cold process soap ~ very outdoors and earthy; made with cypress, cedarwood, fir needle, wintergreen, and patchouli essential oils and lightly colored with green zeolite clay. Get in touch with Mother Nature herself! ~*Earth*~ Creation: All my soaps are infused with positive energy, love, and made with 100% natural vegan ingredients right in my own kitchen. Approximately 4.5 oz bar.
Moonwise Creationz / Crones Magical Crafts 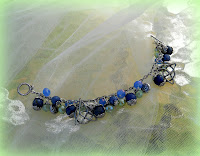 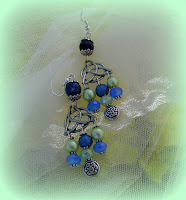 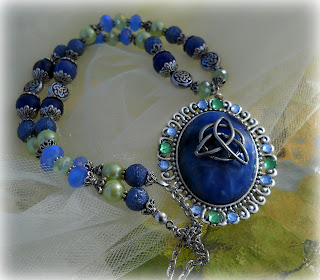 Commissioned exculsivly for Author Laura Deluca in celebration of her latest novel Morrigan.
This one of a kind jewellry set features bold and striking colors of Baby and periwinkle blues accented with pastel greens. Made with gemstones of sodalite crystals,and Tiara crystal beads and glass pearls accented with delicate silver filigree and celtic knot beads.The focal Of the necklace is a striking sodalite cabochon with a detailed silver celtic triquetra knot ,set on a filigree cameo frame.
The set comes with a matching charm bracelet, and earrings.
Retail Value of 70.00$
Compliments Of Crones Magical Crafts & Moonwise Creationz
Denise Reid * Jewelry Artist
Author Laura DeLuca 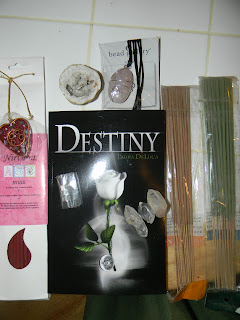 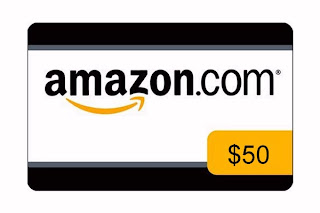 And finally, our two sponsoring mommy bloggers are each tossing in a $25 Gift Certificate to Amazon for a total of $50 . The total value of the complete prize package is well over $300! One lucky winner is going to walk away with all this fantastic swag!  To enter, just fill out the rafflecopter form below. Giveaway is open to the US & Canada, but please note the prize in is US dollars. The giveaway will end at 12:01 est on 9/28/12.  Winner will be selected at random and will have 48 hours to reply to the winning notification before another winner is selected.
a Rafflecopter giveaway
A super huge thank you goes out to all the wonderful sponsors as well as the bloggers and authors who helped make this giveaway possible!  We would also like to thank Paragraphic Designs for designing the beautiful cover for Morrigan!